Is there QGIS equivalent to Delineate Built-Up Areas tool in ArcGIS?

I believe the easiest way to achieve this is to cluster settlements together, and then use the coastline polyline as my edge, similar to what is done by the Delineate Built-Up Areas tool in ArcGIS: 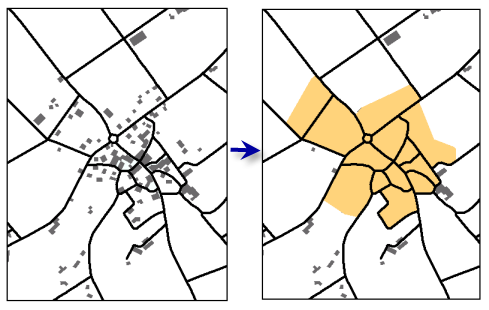 Afterwards, I'll be able to split up my coastline based upon whether or not a "built up area" touches it.

Can this be done using QGIS?

Edit: I cannot simply buffer my points and then intersect by my coastline, because the buffering does not actually stop at the boundary edge. For example, let's say I have some settlements on the mainland, then buffer it by 10k or whatnot in order to group them together and hit the coastline. This buffer not only hits the coastline, but it crosses over to the coastline of a deserted island. If I were to then intersect my buffered shapefile by my land shapefile, the result would be a patch of habitation on a deserted island! 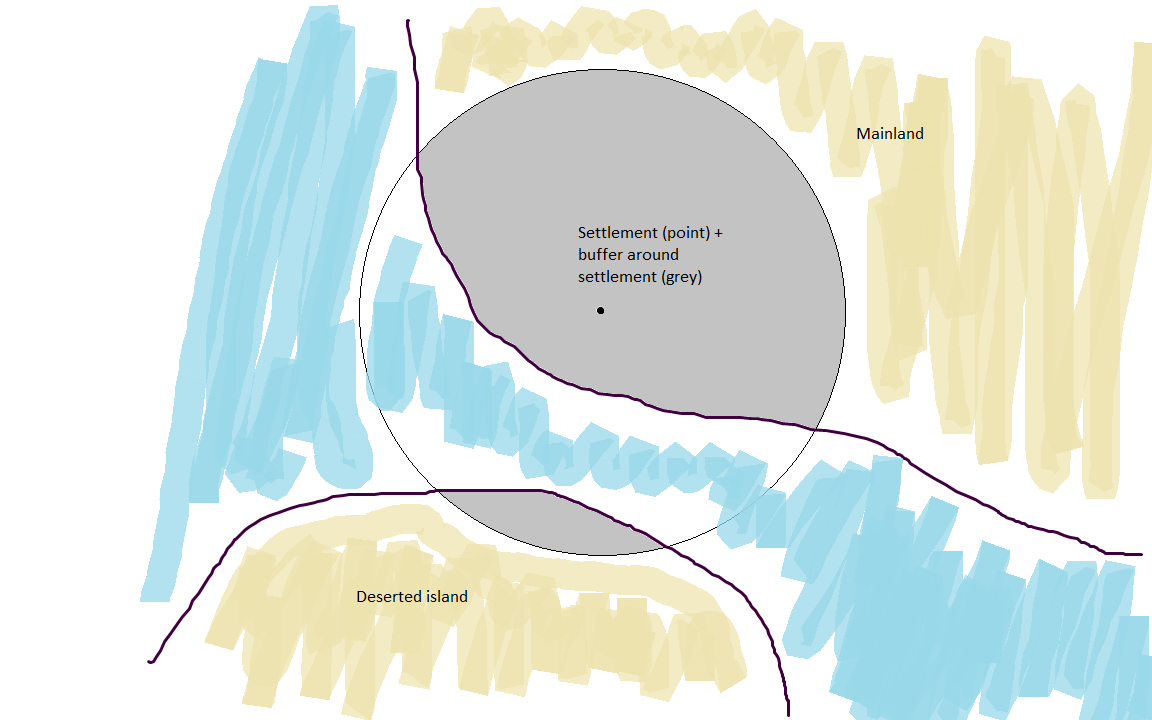 There is not any stand-alone tool like that, but you can do the job combining the basic tools.

You can combine all these tools into a model to use it as many times as you need.