Combining polygon file with multiple overlapping polygons to represent only 1 attribute in given area e.g. highest/lowest/average in ArcGIS Desktop?

I have a large shapefile that I'm working with in ArcGIS 10.5 with an ArcInfo license.

At any given location in the file there are multiple polygons.

In the example I am working on there is a particular value; overlapping animal ranges.

There is a value associated with each of these ranges (polygons), and I'd like simply represent the largest value of several overlapping polygons (I might also want to show the high, low or some other statistics). So any given area will be represented by a single polygon, and a single area.

I was able to dissolve and 'split' the overlapping .shp file into it's constituent parts and I tried 'unioning' them back together with the largest value as the highest priority.

I also tried 'merge' with no luck. This seems like it should be simple, but I keep running into a brick wall.

In Arcmap you would achieve this in 6 steps which can be easily strung together as a model.

You basically Union the layer itself, extract out the centroid XY's, create an ID based upon the centroid XY (a string field concatenating the X and the Y) and it is that that allows you to generate aggregated statistics for the overlapping regions. 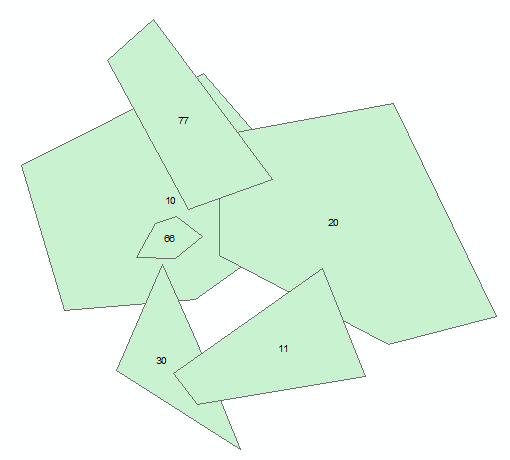 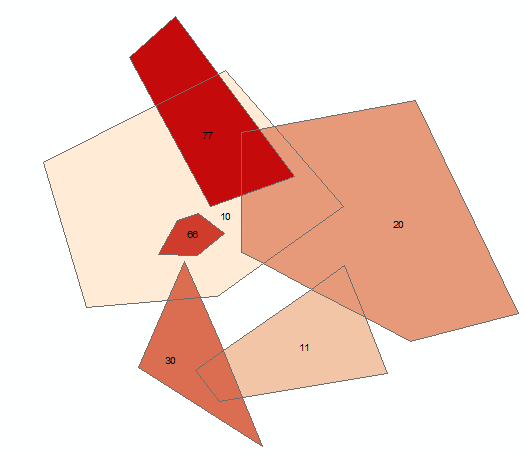 Not the answer you're looking for? Browse other questions tagged arcgis-desktop dissolve arcgis-10.5 union or ask your own question.