GDAL ImportError: DLL load failed: The specified module could not be found

I'm running Python 3.5.4 on Anaconda and i'm trying to install geopandas. I've followed the instructions to install geopandas here - http://geoffboeing.com/2014/09/using-geopandas-windows/ - but whichever way i try i get the same error. I've looked at many pages on gis.stackexchange and other sites that seem to have similar error messages, but none of them had the exact same error message, and no solutions worked for me. I've set up the Path environment variable, C:\Users\joseph.mabe\AppData\Local\Continuum\anaconda3\Lib\site-packages\osgeo; but to no avail.

I wondered if my use of Jupyter was part of the issue? 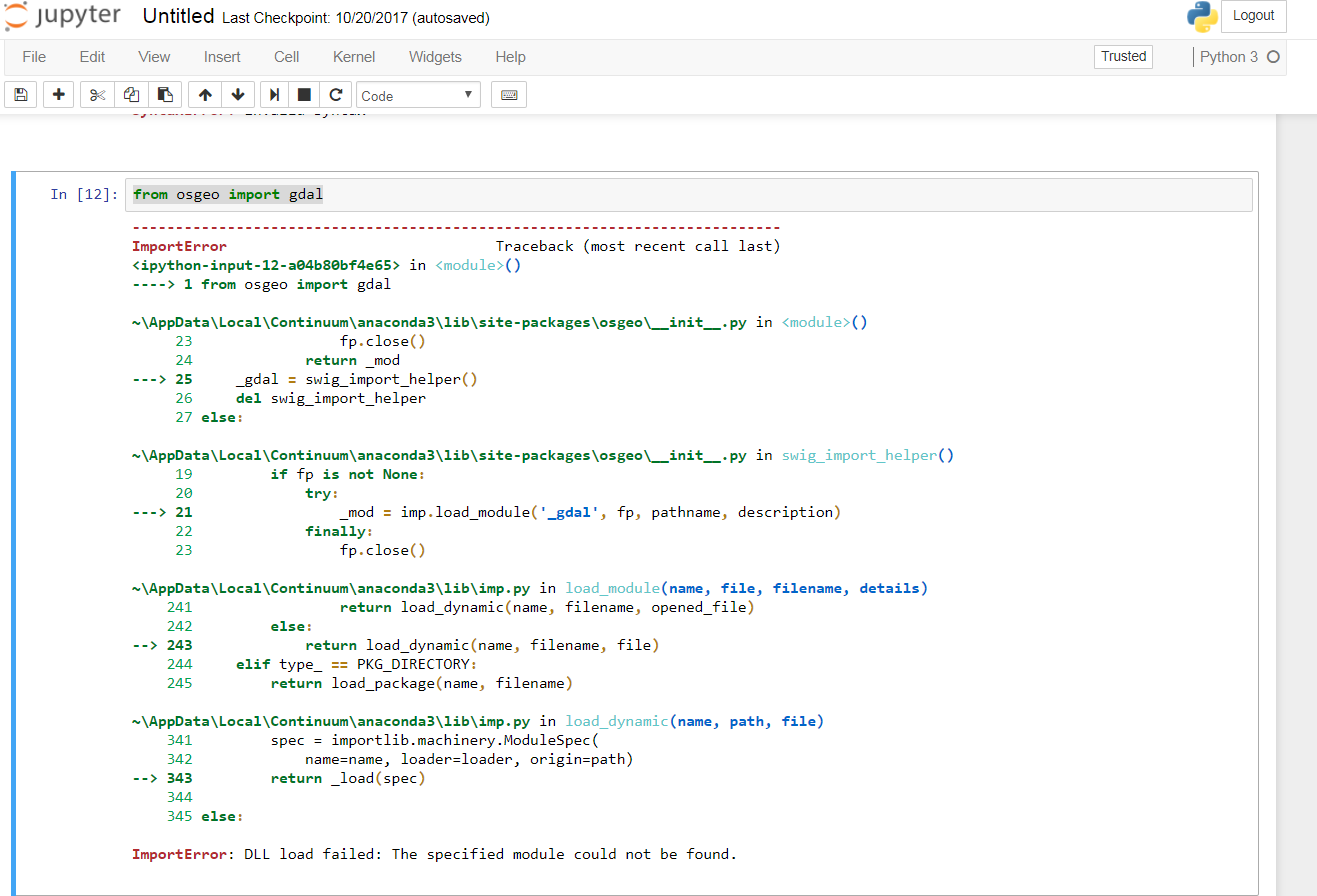 I had the same exact problem. I fixed it by:

You want to be aware that the PATH variable generally applies to operating system execution of application files - those types listed in the PATHEXT variable/list. Python will update the PATH variable, temporarily, while it is running. You can view all your current paths by executing the following two lines:

What you want to look for isn't the ...\osgeo folder, which you have specifically referenced in your Path, but the \Lib\site-packages\ folder one step above that. THIS is the folder that you really want to reference, because python imports modules that are folders inside a pathed folder, and that have an init.py file inside those module folders.

When you make any changes, ever, to path variables, you have to close and reopen Python (by closing Jupyter) to get them to take effect.

At any time, in the Python shell, you can list out all your modules by typing the following two commands:

You can then import any listed module.

For the Gdal error best way to know and correct the error is to check libgdal.py file in your Python environment and gdal202 or gdal300 as per your version. These two files need to be match up.