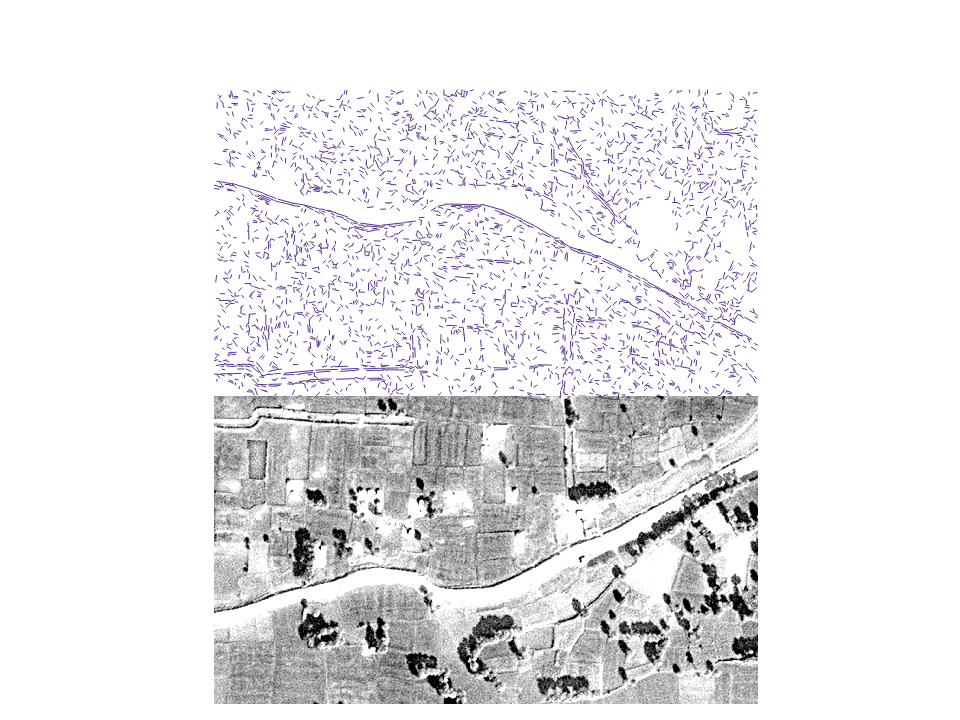 I am not able to perform Line Segment Detection in this stand alone tool 'Monteverdi'. I have already tried it number of times but no output generated and got the error ''LineSegmentDetection' failed with return status -1', please help or suggest some other way to perform this task.

I was trying the Line Segment Detection for GeoTIFF images and after trying a lot was not able to get the output. Later i converted the input images to PNG format and removed the properties and personal information contained in the image, after that only LSD was able to process but now the output which is generated by the tool , is like the mirror image of the line segments. I am trying to rectify but if anyone who already tried this is welcome for the help. I have attached the images below:

it seems to be a suffix file name error of F:/Results_Monteverdi/LSD_ge

error : You probably failed to set a file suffix, or set the suffix to an unsupported type

try to set the output name with a .shp suffix

Not the answer you're looking for? Browse other questions tagged orfeo-toolbox or ask your own question.