I'm trying to create a PyQGIS standalone script in windows 10 but I have some errors.

First I have read this post and I follow comment of Mr. @caiohamamura but I have semi-success I think, and I don't why happen this error.

Your PATH should include (in the beggining):

and finally the test. 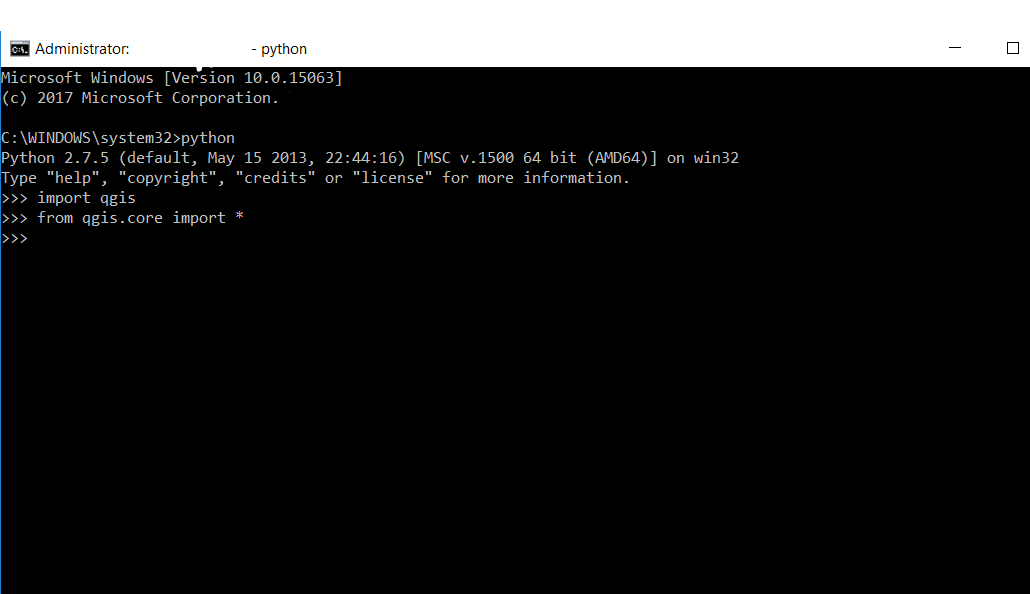 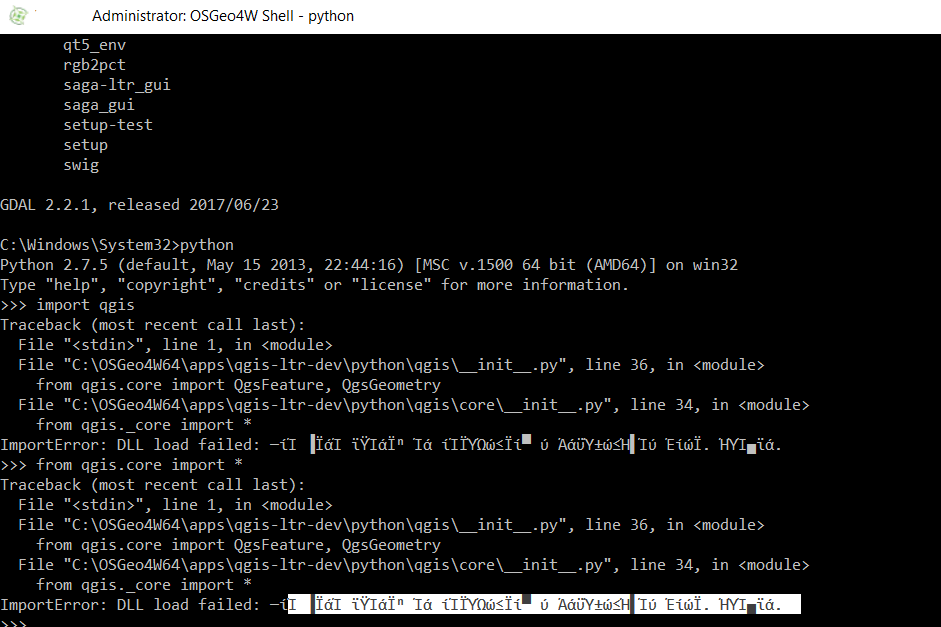 Why in OSGeo shell I take this error :

What am I doing wrong? What is the difference?

You're not doing anything wrong, the issue is 100% with the fact that for each version of Python you run (out of each shell), they are calling on different paths for dependencies. OSGeo4W shell starts with its own dependencies that are sourced in the installation folder, and will be completely different from what you have manually added to your PYTHONPATH variable. To see this, input the following into OSGeo4W shell in Python:

That will show you probably that the dependencies don't include those qgis-ltr-dev build paths you manually included to your system environments. This gets tricky, and QGIS has it segmented because they provide a number of different versions/builds with each install.

If you need to run your pyQgs scripts from the OSGeo4W shell, you'll need to include calls for sys.path.append() for each of the desired qgis-ltr-dev paths.

But a much easier way is to use the following shell, which references by default all the right dependencies in this build:

If you want to permanently incorporate these paths into OSGeo4W shell, edit the file "C:\OSGeo4W64\OSGeo4W.bat" to look like this:

This will open you up into a Python command prompt, but if you enter "quit()", you should be then able to run your scripts "python myscript.py" with your imported qgis.core functions. Here is an image of how that works:

Not the answer you're looking for? Browse other questions tagged qgis python pyqgis python-2.7 osgeo or ask your own question.

7
Getting QGIS python modules to work from PyScripter in Windows 10?