First up I've found several other posts on the same topic but neither seem to resolve my problem.

I am trying to create a geowebcache using the embedded geowebcache in Geoserver version 2.11.2

I have been working with two layers both have same problem. I've set the layers up in Geoserver using the extents computed from the SRS bounds. I have set up gridsets and seeded the tilecache. I can see this has been successful from the Tilecache preview in Geoserver.

If I then call the WMS from QGIS then the tile cache is not used (and is very slow as a result).

If I use curl to test the request using a URL I pulled from the layer preview in Geoserver I get the following result of misaglined grids:

Gridset config is as follows:

The second layer is actually one of the sample layers and sample gridsets that come as part of the Geoserver. I've used this as test to exclude any variables I may have introduced. However I get the same result. 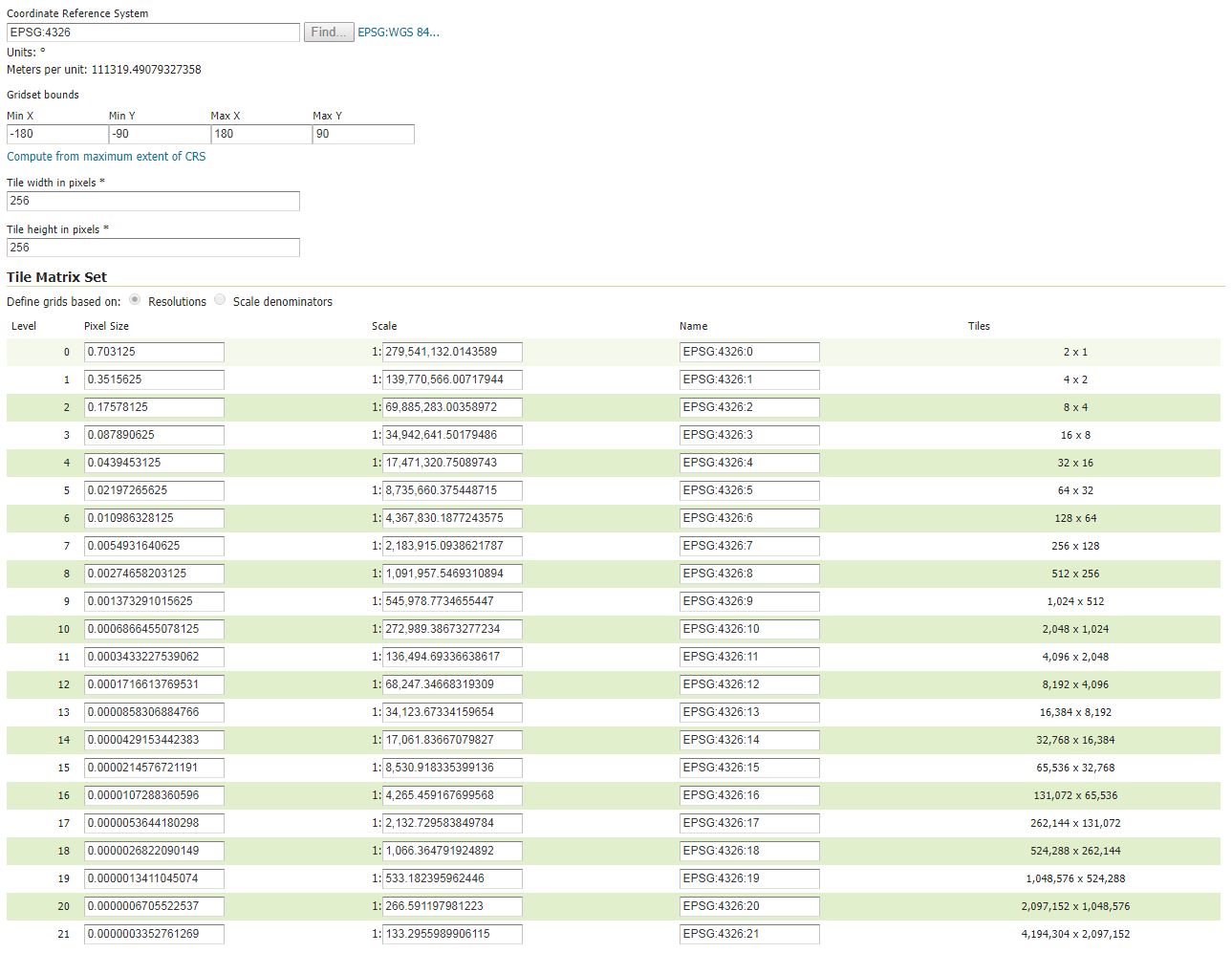 It's easier to look at the second request, and it's clearly misaligned. In the 4326 gridset the longitude tile borders per zoom level are:

If you are using WMS from QGIS the likeliness of hitting a cached tile is basically zero, you should be using a tile oriented protocol like WMTS instead.

3
Highlight a feature in a WMS map image
1
Browser display nothing when debugging leaflet api file to connect to geoserver
2
GeoWebCache Miss: request does not align to grid(s) 'EPSG27700'
1
GeoServer caching request not aligned to grid(s)
3
How to pass tile size of to 512 using OpenLayer 3 and GeoServer 2.14
1
GeoServer not caching tiles when using WMS with Direct Integration enabled and configured
0
GeoServer+GeoWebCache: request does not align to grid(s) 'EPSG:3407'