What could a user have changed to cause a projection / georeferencing problem in ArcMap?

We use shared mxd files on a network. Several users have older versions of Arcmap (10.0 specifically) that are no longer under ESRI maintenance. One of the mxds that we use is used by several users. One user opens the project and everything is fine but another user (user 2) opens the same project and the imagery does not align with the layers in the project. This is the same project that everyone in the organization uses but only this one user sees this issue (consistently the same person; aka user 2). The vector layers are in one space and the imagery is in another location. I tried removing the user's Normal.mxt file and that also did not fix the problem. I have also tried starting with a blank mxd and adding layers in. Something about this one SID mosaic image for this one user (and only this one user) is problematic. The raster is not in the GDB it is in a folder with an SDW file, an xml (for the sid) and another xml file for the aux.

I really don't understand this because the data frame, vector layers, and imagery are all in the same state plane coordinate system (MD FIPS 1900 in units of Feet). But the most puzzling thing is (as I mentioned above), no other users experience this. We have also been using this image since early in 2015. It previously worked fine for the user who is now experiencing this problem. I figure it is a long shot and the question is likely unable to be reproduced but if anyone has seen anything like this and would like to comment or demonstrate with an answer, it could prove very useful to me. 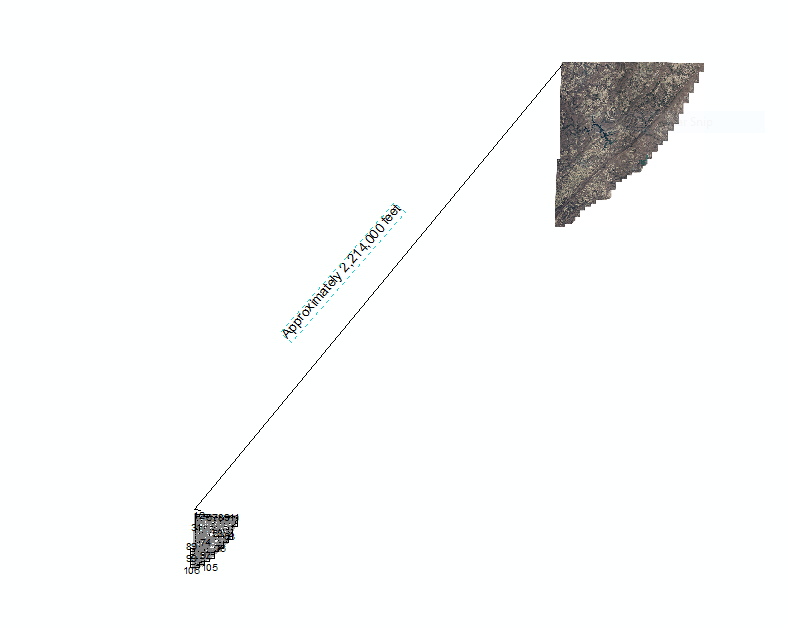 I noticed that in my image properties the spatial reference is unset but the user that is having the issue has the following image properties including units of meters which is incorrect. The units are feet (e.g. the 0.5 cell size since this is 6" imagery). 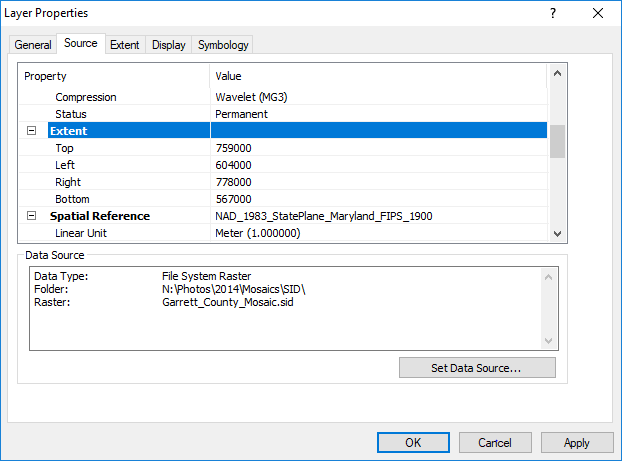 Browse other questions tagged arcgis-desktop coordinate-system arcmap arcgis-10.0 or ask your own question.