I have a map of the Eastern part of Ukraine, which was apparently used in the ceasefire negotiations to define the borderline between the conflicting sides.

The map is quite detailed but I could not find the type of projection it uses.
Moreover, it is difficult (though possible) to see the exact numbers.

However, there are some numbers.

Coordinates X and Y should roughly correspond to

Although the headers are in Russian, the names of the places are in Ukrainian.

Could you suggest me what kind of projection system the map might use?

@nmtoken suggested my map measures coordinates not in degrees but in meters and therefore a sort of UTM projection. 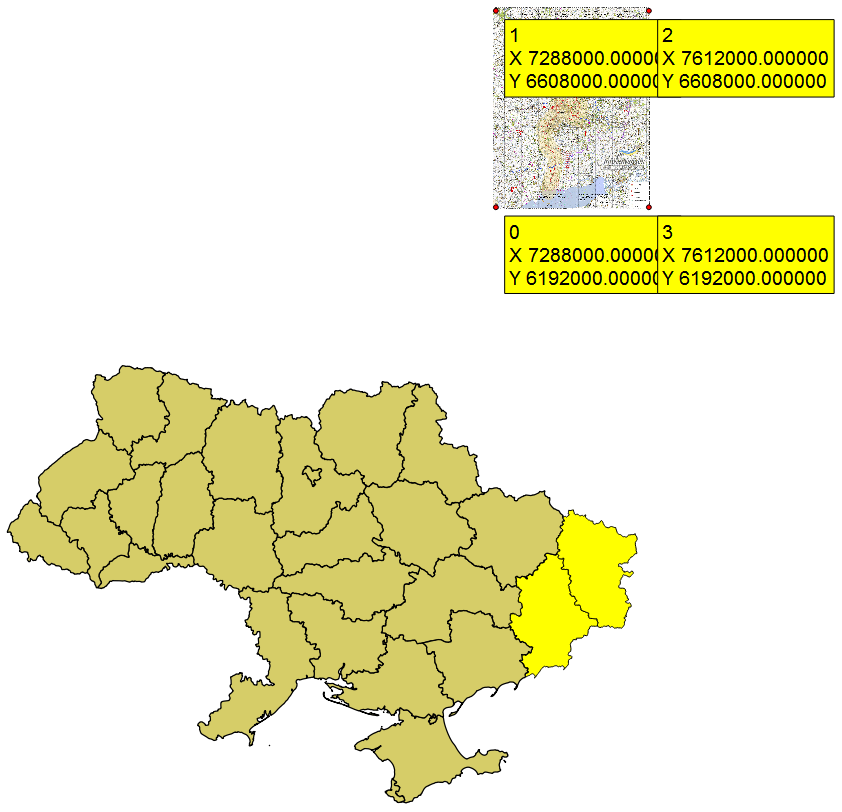 I had another look at the raster file and realized that it is difficult to differentiate between the values 5 and 6. I used another Y-coordinates: 5192000 and 5508000. 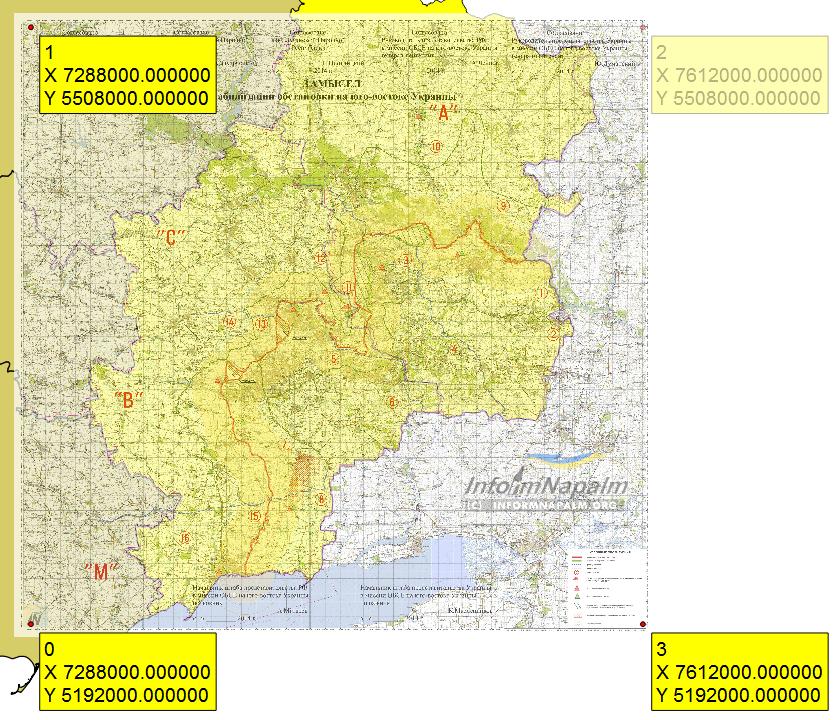 Not the answer you're looking for? Browse other questions tagged coordinate-system ukraine or ask your own question.