I tried out to create, for Windows, the Where Am I? QGIS 2.99 plugin (similar to Gary Sherman's book) by using Plugin Builder 3. In spite of being created, it was generated an error that it can be visualized in following image: 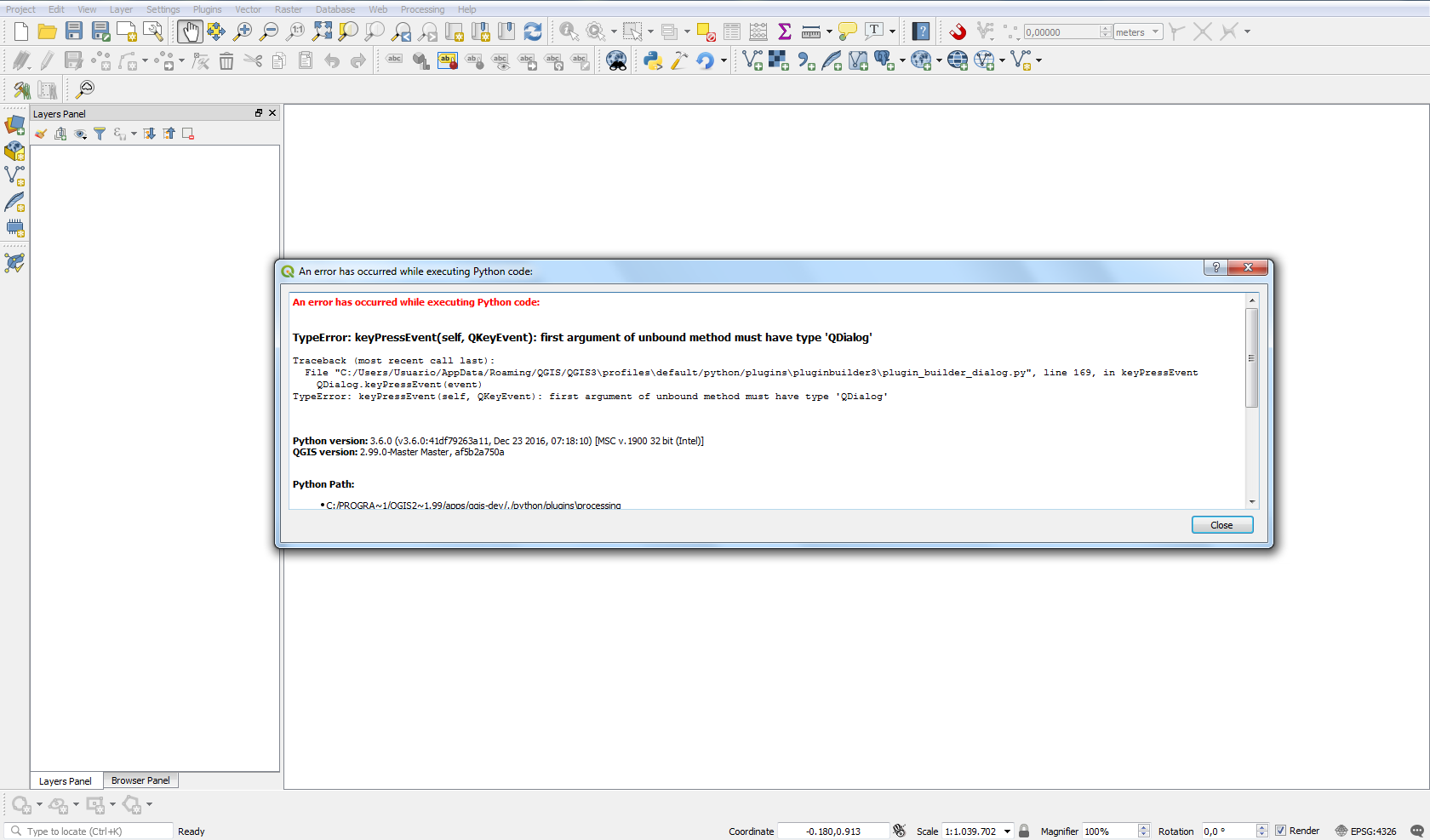 and this is an extract of produced text:

However, I think that it could be not important because I found out that is was always produced by pressing Shift key.

As I don't have compilation resources in Windows, plugin was compilated (pyqt5-dev-tools) in my Debian GNU/Linux with make (without any error):

Afterward, it was newly exported to Windows at folder:

When I try to activate plugin, I got that it is not compatible for this version of QGIS; as it can be observed at following image:

When I open folder of each installed plugin (reloader, builder, zoom to Belgium), at top they always have a __pycache__ folder; as it can be observed at following image: 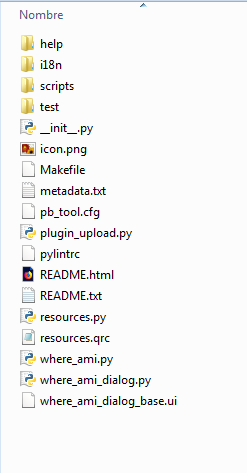 I also corroborated that resources.py was adequately compilated because it has this header:

and similar structure in all plugins (however my compiler version for PyQt is older; v5.3.2 vs v5.7.1).

My question is why was not adequately produced __pycache__ folder with Plugin Builder 3 or plugins created by user need to be placed in another folder in Windows environment?

After creating Where Am I? plugin, I edited Qt5 objects in Qt5Designer from Linux and I included required lines to show location of a point click on the map; as it can be observed at following image. Plugin works as expected. 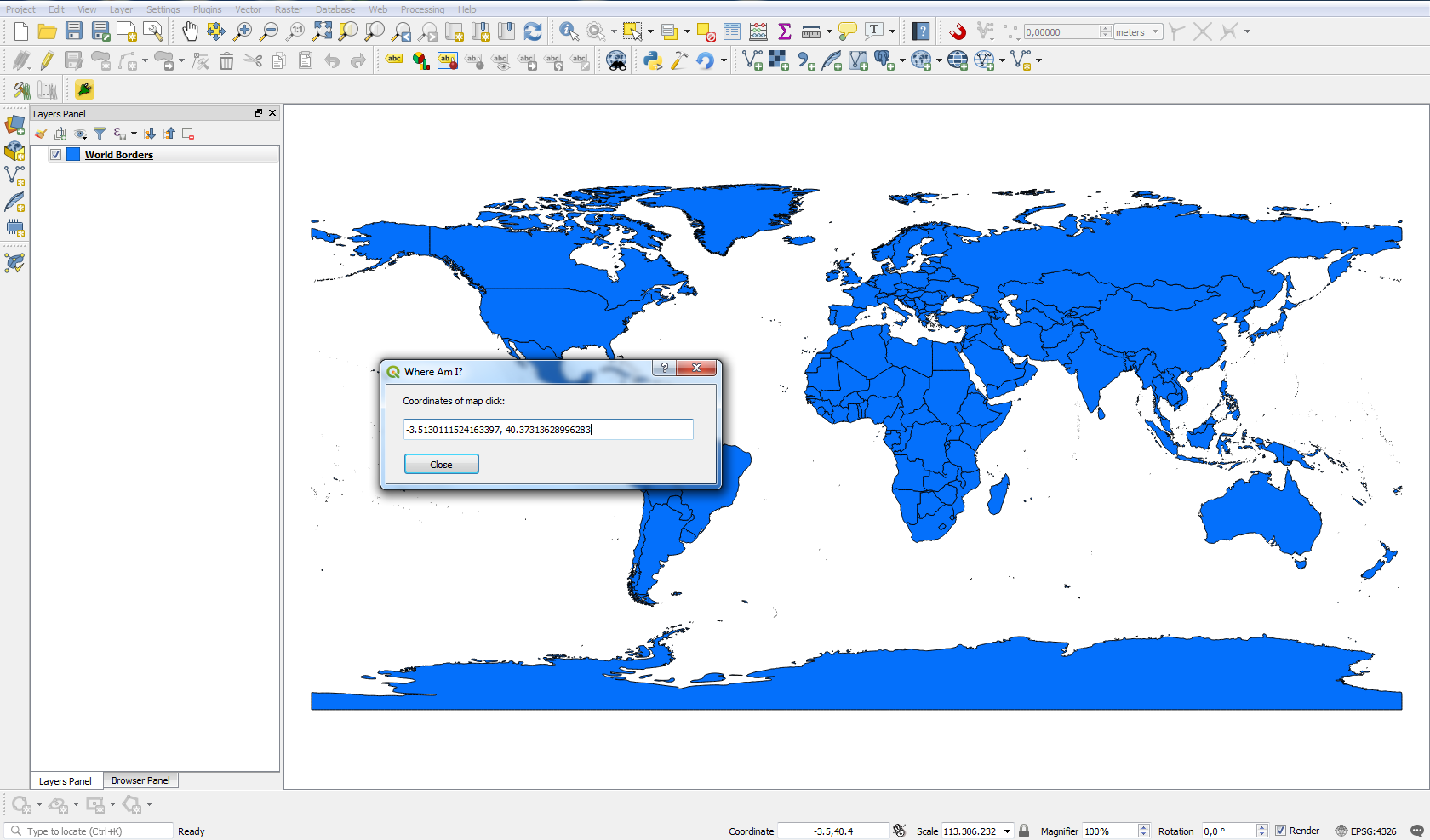 Check the metadata.txt file of your plugin to make sure the qgisMinimumVersion is set properly.

Compare the settings in metadata.txt for other working plugins for examples.

Not the answer you're looking for? Browse other questions tagged pyqgis plugins qgis-3 or ask your own question.

2
Creating a plugin tutorial
2
How do I properly import python sklearn to QGIS PyQt plugin?
3
Compiling plugin for QGIS with pb_tool or Makefile, in windows?
5
QFileDialog.getSaveFileName() error in Plugin code for QGIS
1
Error in executing clip with polygon from another layer
2
Getting pyqgis geometry() into PostGIS database via psycopg2 - Python 3.7 QGIS 3
0
compile pyrcc5 in Win10 for QGIS plugin
1
“QgsVectorFileWriter.writeAsVectorFormat(): arguments did not match any overloaded call” in PyQGIS