I am trying to use model builder to create a number of DEMs from LiDAR point clouds. To do so, I need to filter the point clouds for ground points only and then convert the points to raster. In the past, I have used the tool "LAS Dataset to Raster" but I am unable to set the filters through this tool. (I would have to go into the properties of each layer individually and set the filter which is not an option for the number of files I have). In searching other questions, I saw that the tool "Make LAS Dataset Layer" allows me to set the filters and combined with "LAS Dataset to Raster" I can set the filters and create the DEM through model builder (see this question and answer: How to specify LAS dataset filters in ArcMap ModelBuilder?). 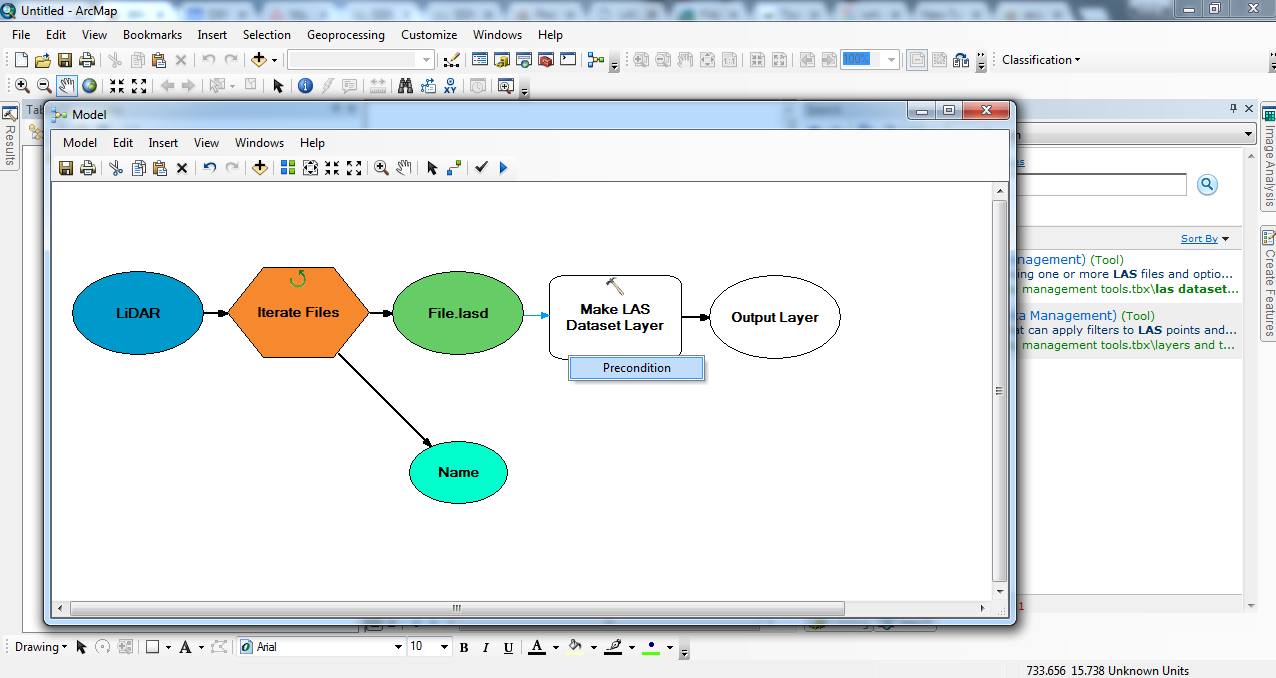 I was able to get this to work and wanted to post my final solution. I used @jbalk 's answer with a Parse Path. I used Iterate Multivalue (input the lasd files). I connected the Value output to Make LAS Dataset Layer where I set the filter to 2, 8, and 9. 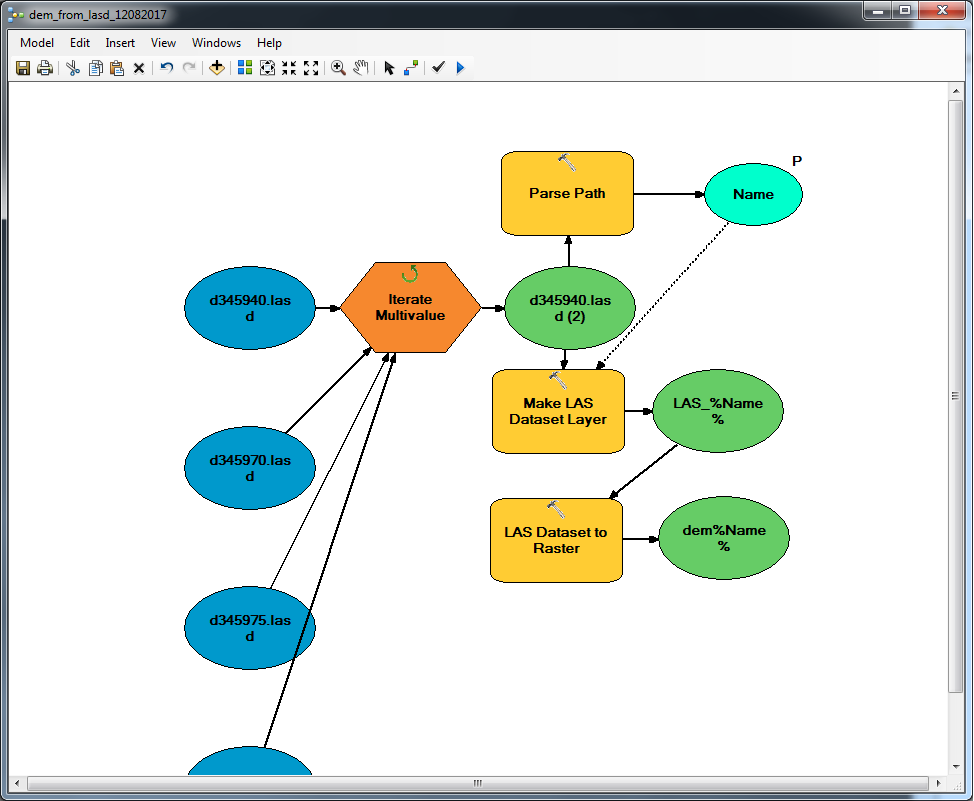 It's an issue with the iterator and I have come across this problem before, fortunately it can be easily fixed as shown below: 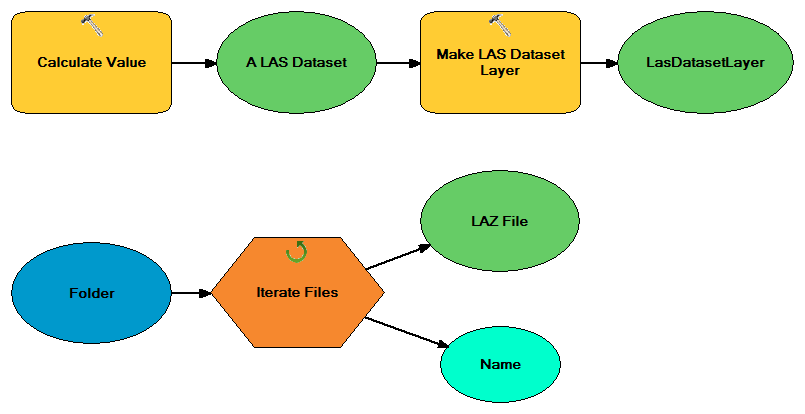 The trick is to use the model only tool Calculate Value to "convert" the output of the iterator to a LAS dataset. All I did is shown below then it can be connected to the Make LAS Dataset Layer tool. 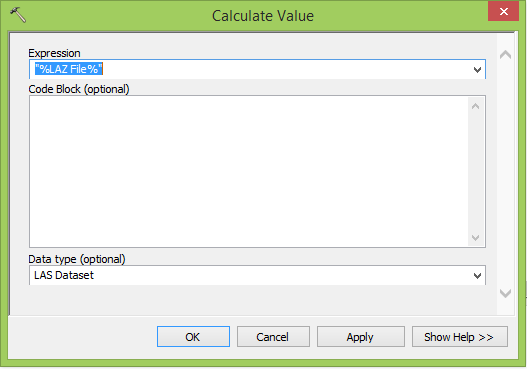 Not the answer you're looking for? Browse other questions tagged arcgis-desktop modelbuilder lidar iterator lasd or ask your own question.