Tile Package being created with all zero values?

I am attempting to create a tile package of our county aerial imagery to use in a third party product. I have tried running it a few different times now with a few different tiling schemes and each time It comes out with zero values in each band for all cells in the raster, even though it takes over 10 hours to run and has a large file size (see attached image). However, this only happens if I include larger scales such as 1:4000, 1:2000, 1:1000 (like in the picture of the tiling scheme I attached). If I only use smaller scales like 1:100,000 then the tile package is created as normal and looks fine.

Also, I have tried creating the tile package from both a .tif as well as a .sid mosaic.

Has anyone run into similar issues or have any idea what the problem is? 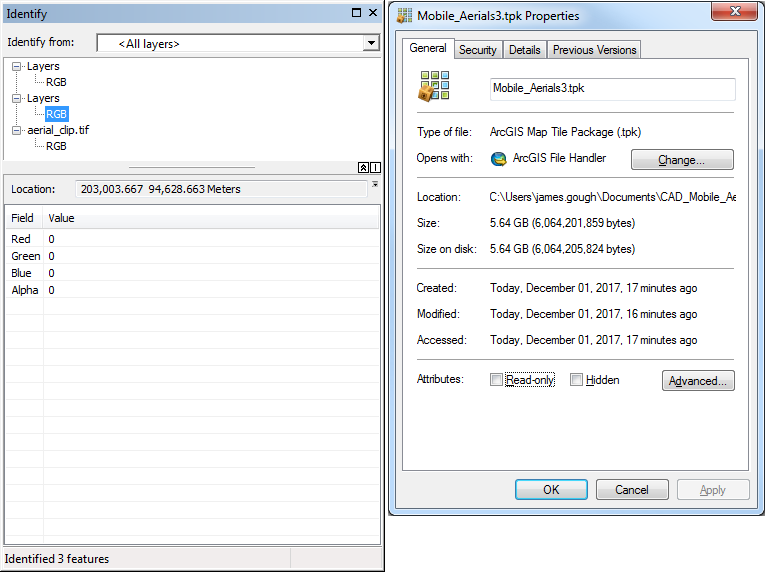 Browse other questions tagged arcgis-desktop raster tile-package or ask your own question.

2
Decompress Tile Package
2
ArcGIS for Server 10.2.1 cache scale greyed out in Service Editor and not all scales available in Manage Map Server Cache Tiles
5
Identifying missing tiles on basemap on ArcGIS Server?
9
How to Use an ArcGIS Tile Package with Desktop
2
Incomplete Tile Package from ArcGIS Desktop?
0
Find minimum downstream flow distance from each polygon to any polygon in other feature class
1
Reproject MODIS data using R (results in NAs or no spatial extent)