I come from a GIS background mainly using ArcMap and QGIS, but am now doing more image processing work and so have decided to start using ERDAS IMAGINE 2013.

I am attempting to project a shapefile from WGS 1984 to British National Grid.

I open the shapefile, and it displays fine: 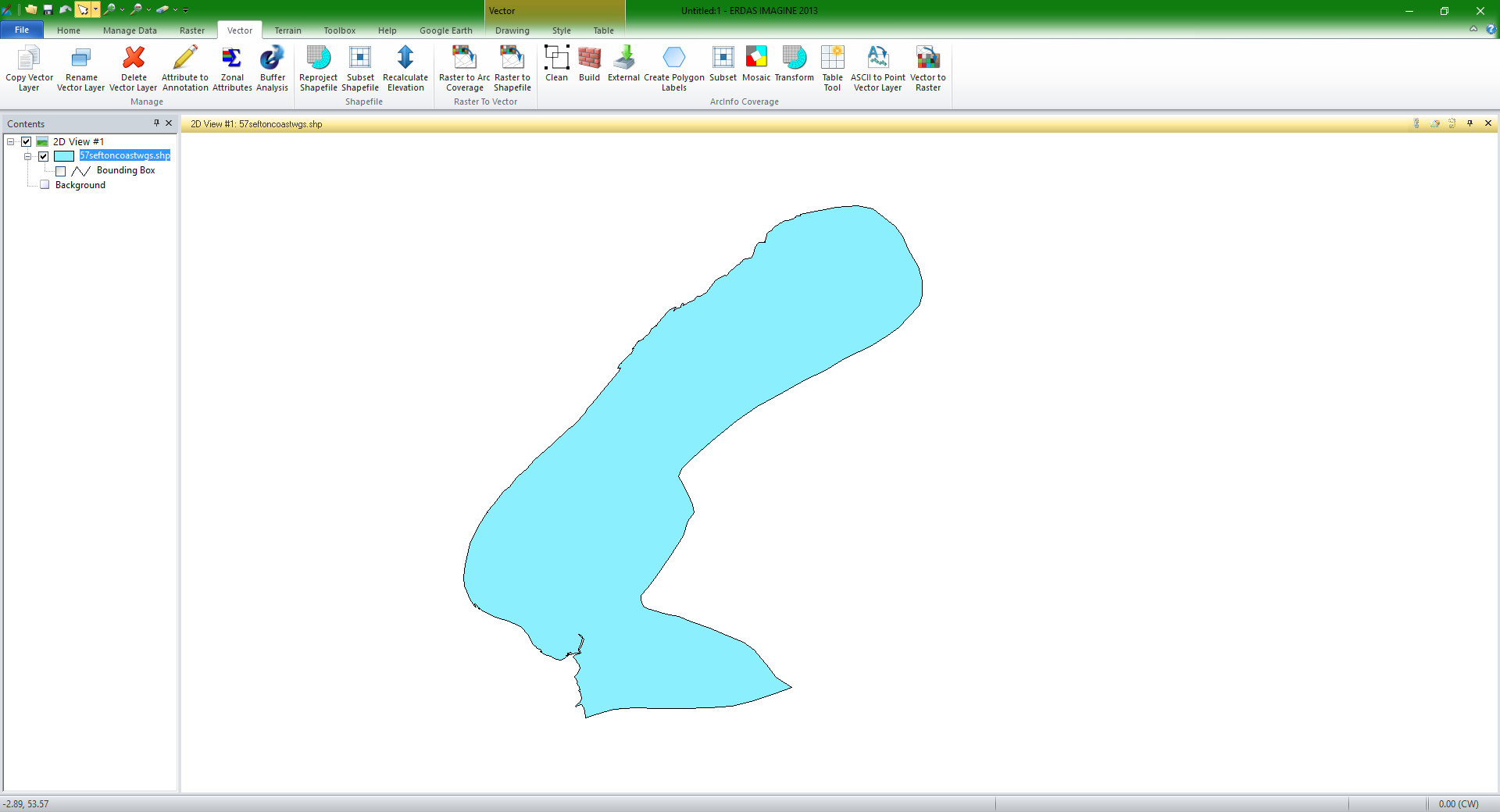 From the vector tab, I select "Reproject shapefile". For the input file I select this shapefile I opened, however I get the error "Fail to convert string to coordsys obj." Googling this error produces no results. The source projection fields are not filled, and I cannot reproject the shapefile: 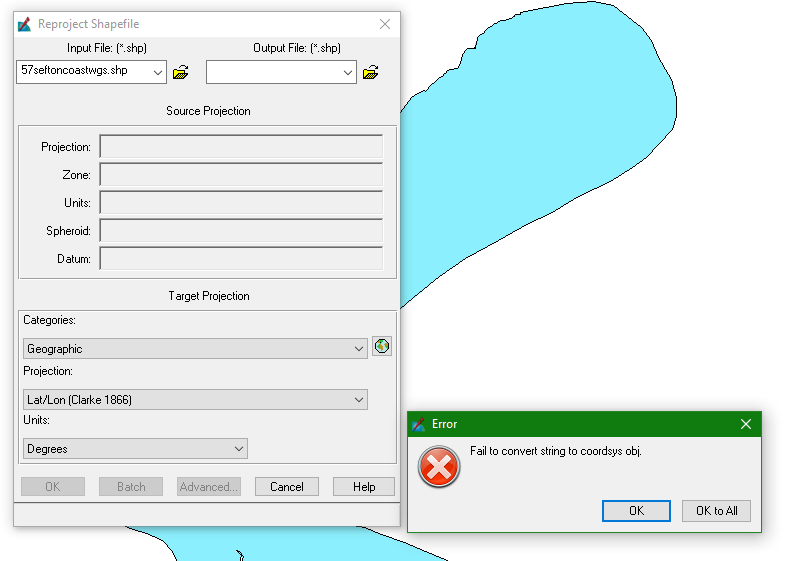 Examining the metadata for the shapefile, I notice the projection tab is blank: 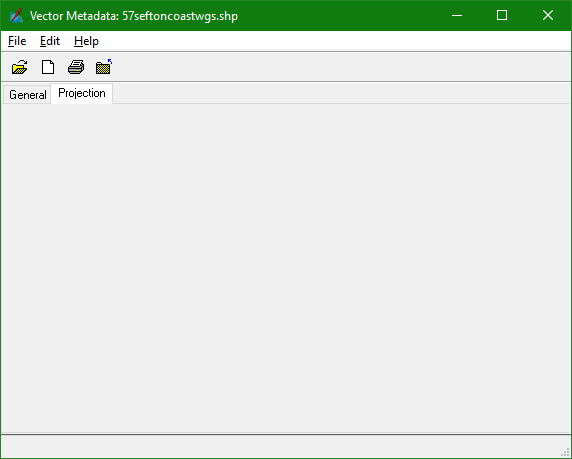 Selecting Edit -> Add coverage projections (I assumed this was a way of defining the projection for the layer), I select Edit Projection Parameters, and then select WGS 84 and Decimal Degrees. I select Yes overwrite PRJ file, then get the error message "Faled to translate erdas map projection to PE coordsys.", which again brings up no results in Google.

ERDAS seems to be unable to read projection information for my shapefiles, or possibly unable to read the .prj files. Watching this video using an older version of ERDAS: https://www.youtube.com/watch?v=Vfk4eOJ92xw the process seems straightforward enough, but I've tried various shapefiles from different sources, and new shapefiles made in Arc and QGIS, and get the same error. I've managed to reproject raster data fine.

I can reproject the shapefiles fine in ArcMap, but like I said I'm trying to get used to ERDAS as much as I can.

Is there a step I'm missing somewhere?

I also experienced similar problem. To solve this problem, I followed the following steps.

After completing these steps, open the file in erdas imagine and follow the steps for creating aoi file.

I hope you will get success.

Not the answer you're looking for? Browse other questions tagged coordinate-system erdas-imagine or ask your own question.