Why does my rainbow airplane stripes appearing on Sentinel 2 image?

I have downloaded a Sentinel-2 scene and there are some interesting rainbow like stripes trailing an airplane. This is an rgb image but the stripes are also visible on the other bands. You can tell it is an airplane stripe because there is a very clear airplane symbol in front of the stripes. What interests me is that there are more than two bands visible, although the airplane should only have two trailing stripes. So the airplane is in different positions on different bands. 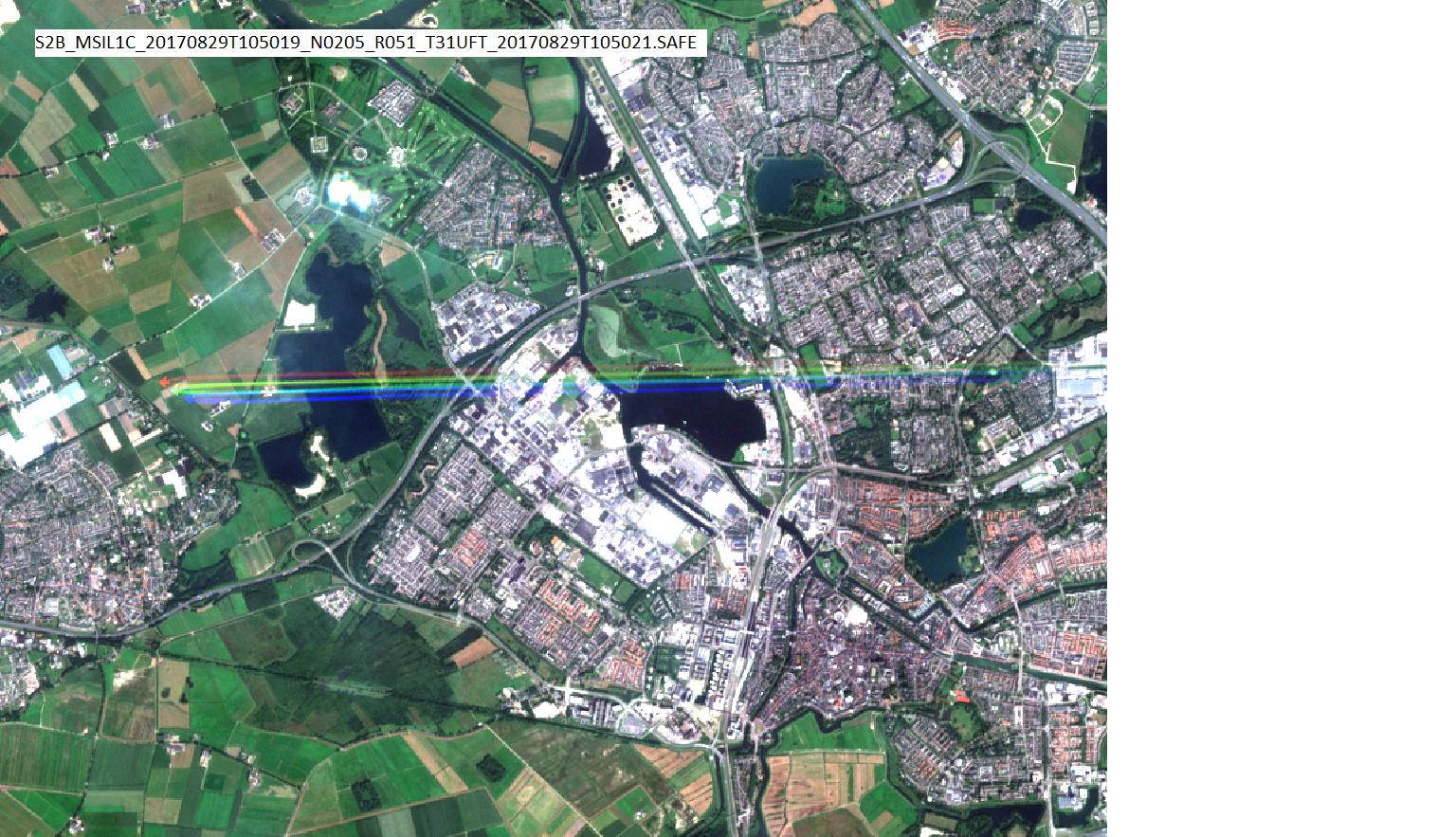 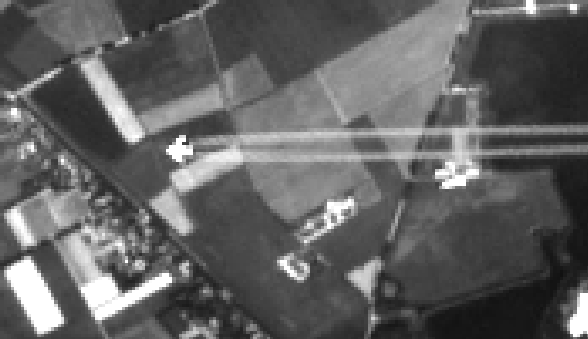 Any idea how it is possible these airplane stripes could have been formed?

Here is a summary of intra-detector spectral band parallax:

Here is an illustration of the effect, courtesy of Don McCurdy: 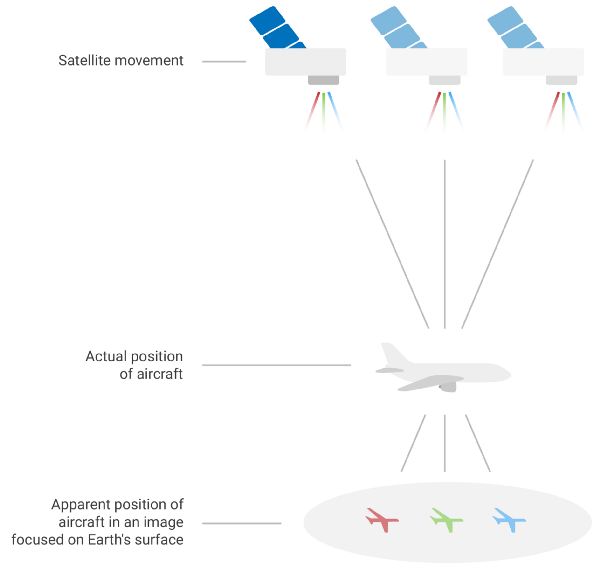 What you're seeing here is simple light dispersion, as seen in a normal rainbow. White light (containing all wavelengths) refracts off of a curved surface such as a glass prism or a raindrop in a cloud, and the different wavelengths(B, G, R, IR, etc.) are bent and become visible at what appears to be different positions.

Trails from planes, called "Aerodynamic Contrails", display the same phenomenon. The pressure of the air passing over the fuselage apparently causes the temperature to drop, and in such a small area surrounded by warmth this causes moisture to condense in these cloud trails. The light disersion is in essence the same, then, as a rainbow seen in a rain shower.

This is an amazing picture though, as capturing these even with normal visible light photography on aircraft seems to be quite rare!

Update: You pointed out that the trails are different (the actual plane appears in different locations in the RGB image, in line with the corresponding color/band presumably). I believe that the effect really is the contrails and light dispersion, but that the different band sensors on the Sentinel instrument are capturing from slightly different positions/times. A fast-moving object such as an aircraft will then be moving along its path on different bands, and the trails/aircrafts in the individual band images will be moving laterally in the inverse direction from the Sentinel's satellite motion.

The follow-up diagrams show what I believe to be the case, that for normal Earth observation at non-elevated features there would be no effect caused by this separation, but a unique feature such as aircraft would show up in this way.

Here are sources on dispersion and photographing contrails: http://www.atmo.arizona.edu/students/courselinks/spring13/atmo170a1s1/1S1P_stuff/atmos_optical_phenomena/optical_phenomena.html

Not the answer you're looking for? Browse other questions tagged remote-sensing sentinel-2 rgb or ask your own question.

1
Combining hyperspectral bands to form a multispectral image?
8
Why is there a difference between NDVI using Sentinel 2, in ArcMap & QGIS?
1
Convertion of spectral indices formulas from Landsat to Sentinel
1
Sentinel 2 Bands + Deep Learning
0
How to get latest picture of my city from sentinel 2?
2
Make Level-2 Landsat images comparable with Level-2A Sentinel-2 images
0
ArcGIS mosaic to new raster colour difference