I am looking to create a user-input script for finding surrounding features of a given point. However, the parameters for it are very sensitive and I would like for it not to have to be such a process to create results.

This is the script that I have so far:

As you can see, there are too many parameters and it would not be easy for a user to perform this quickly for a demonstration. Taking into consideration my comments, are there any possible ways that this could be streamlined and adjusted?

To make it easier for the user, create a default value for all parameters, then the user can just hit the OK button.

In the script tool properties, create a default value for all of the parameters. Right-click the script in the Toolbox, click Properties. Select the first parameter, then put an appropriate value in the Default property.

In the attached example the 2nd parameter has a Default value for the Output Location. The first doesn't have a default. Having a default parameter doesn't prevent the user from changing them. 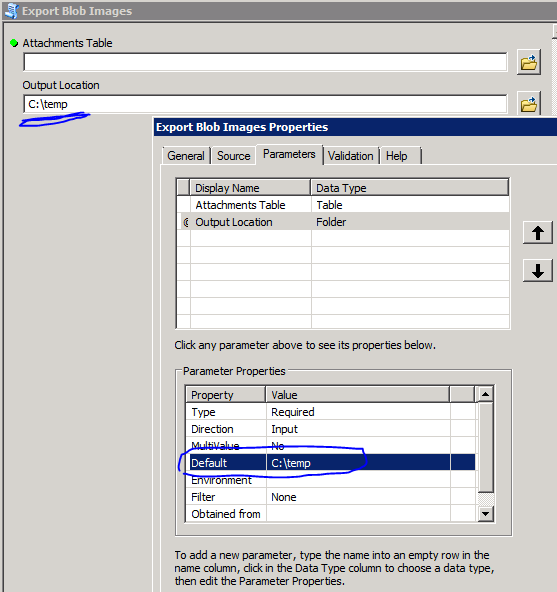 Not the answer you're looking for? Browse other questions tagged arcpy select-by-attribute proximity parameters display or ask your own question.