I am adding a number of strings together to create a linestring but as such I need spaces between the initial XY values and the end XY values, plus a comma in between the two halves.

This is the expression I used: 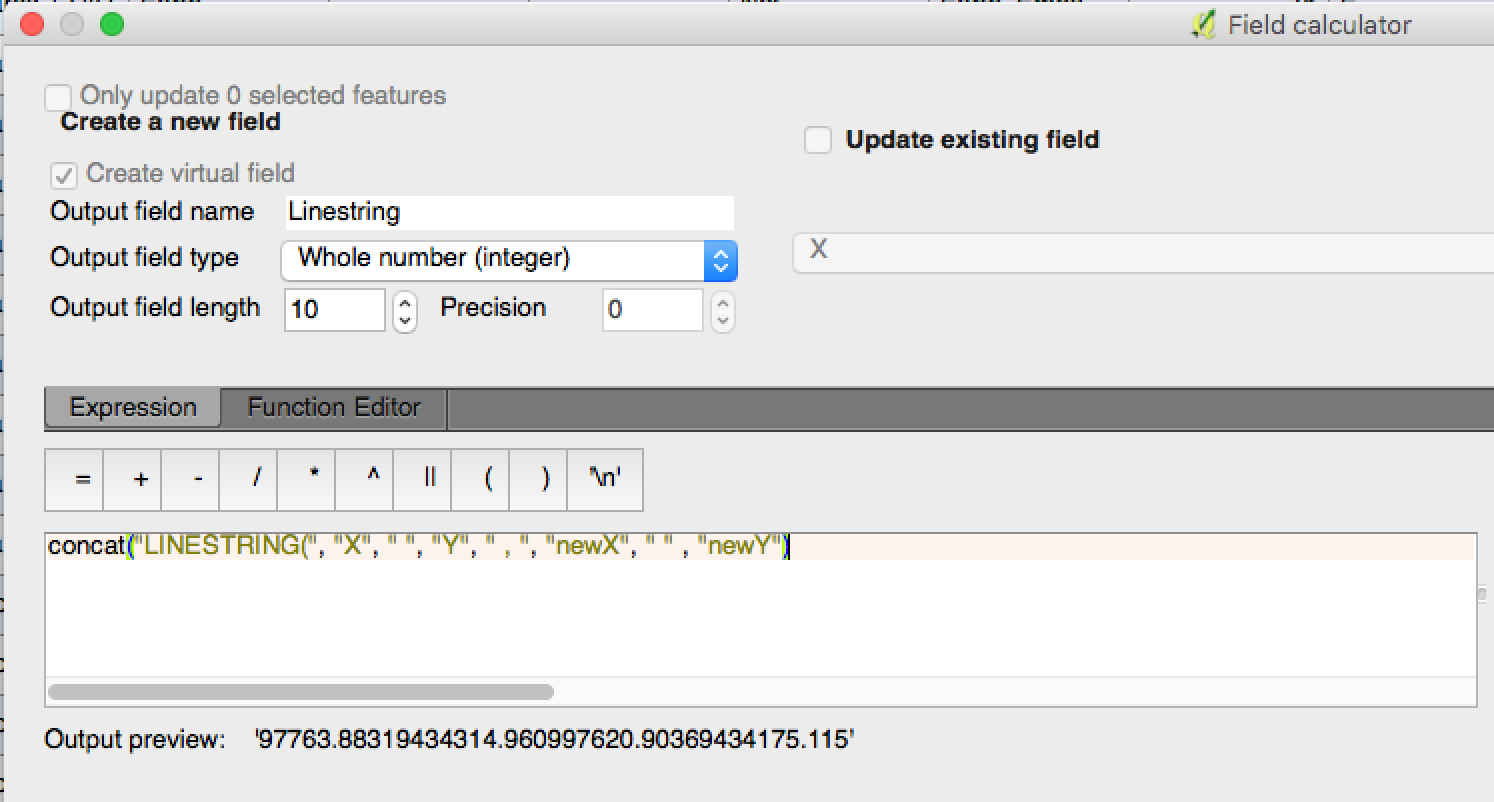 You need to use single-quote (') for hardcoded strings and double-quote (") for fields reference:

Not the answer you're looking for? Browse other questions tagged qgis field-calculator linestring concatenation or ask your own question.