I am attempting to mask a raster to US Forest Service boundaries in QGIS. It fails due to self - intersections of polygons.

I have run the check validity tool and a new shapefile is created but it too finds the same error when attempting to mask the raster to the "valid" shapefile.

I have also attempted to dive into the v.clean tool with unsuccessful results using both bpol and snap separately. I don't fully understand what this tool is doing, but it outputs a number of polygons that match some Forest Service land but excludes the majority of their land.

I also ran v.build.check to find topological errors and it created an output that is seemingly empty. Nothing in the attribute table, nothing visible on the map.

There have been similar questions on here but I haven't been able to make their solutions work. 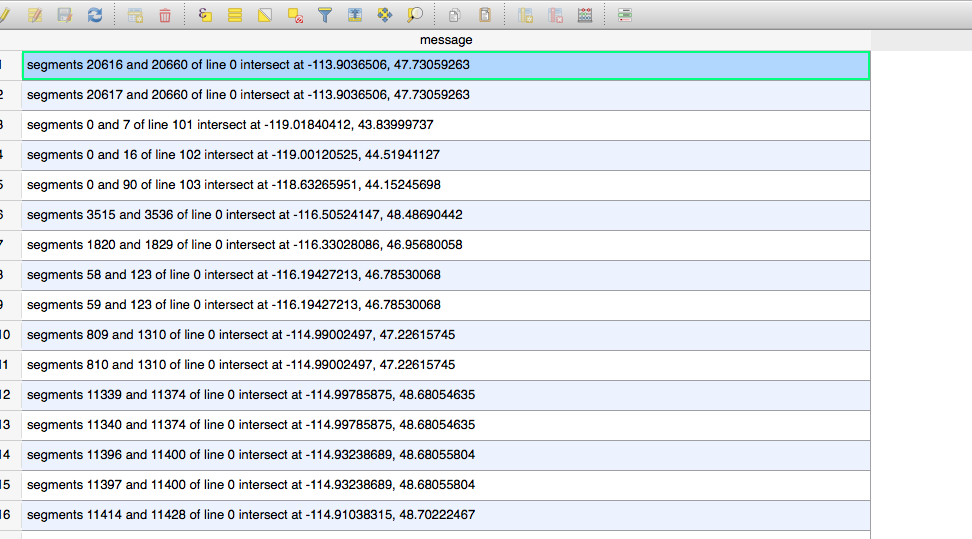 Still unable to use the clipper to create a Mask, I decided to look at the error output on the Map. The snapping tool isn't fixing these nodes. 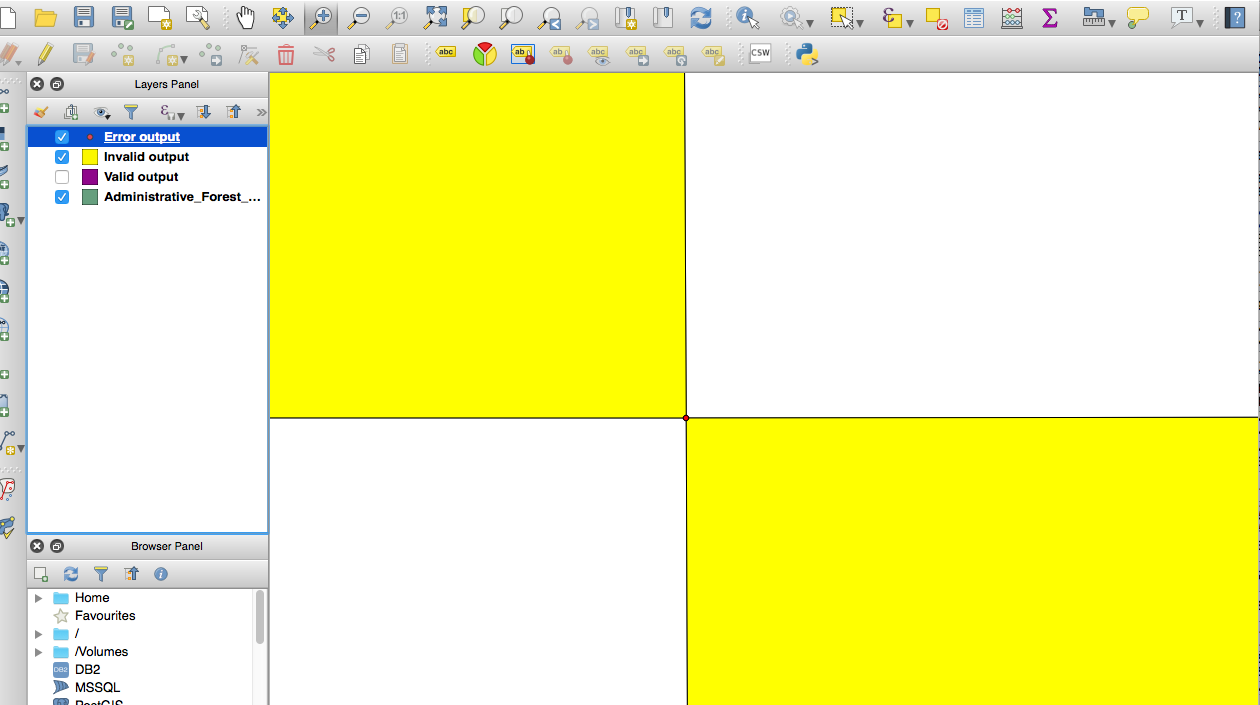 Here's a larger picture of the area. 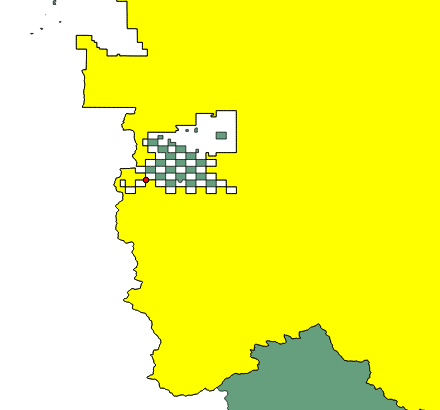 I wonder if it would be easiest just to dissolve these shapes in some way.

When I get errors like this I usually find applying a zero distance buffer can fix the geometries. So use the buffer tool in QGIS and set the buffer distance to 0 units. Then try and use this buffered layer as the mask.

I managed to clip a vectorized raster just like the one in your picture after doing a "multipart to single part" and it didn't skip any polygon, though it keeps displaying the polygons with the overlapping vertices.

Further to the above answer of 0 buffer distance - this didn't work for me, HOWEVER I will give credit to the author for leading me down the right path. I actually ended up applying a 1mm buffer and dissolving the result. I would recommend dissolving as a secondary step, because you may wish to apply different dissolve parameters (as opposed to using the 'Dissolve' option inside of the Buffer tool).

This fixed the self-intersection issues I was experiencing. The resultant area increase was negligible. This number may need to be adjusted based on need and tolerances, but 1mm (millimeter) increase for non-real world objects was an acceptable distance.

Not the answer you're looking for? Browse other questions tagged polygon qgis-2 self-intersection or ask your own question.