How to create ArcGIS tool with list and “sublist” using arcpy? [duplicate]

I have been tasked with making a tool, that when you open it you can choose from a list in a dropdown box, which then populates the second dropdown box with a sublist, like so: 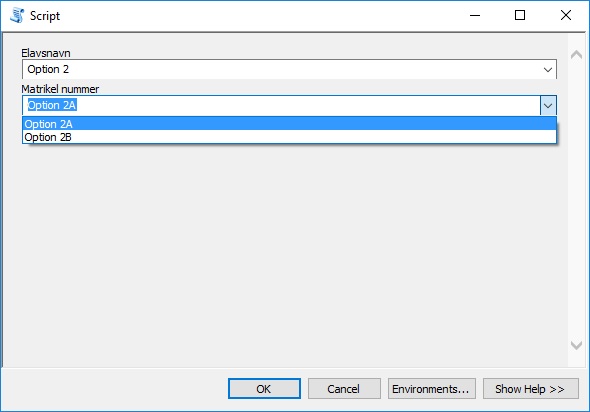 However I only have a basic understanding of Python and I barely understand GIS, so this is a giant learning experience for me. I have tried using ESRI's site and this community, but alas I am still horribly stuck.

Where it goes wrong is at "self.params1.filter.list =" I can make it work with if I give it a list like ["Option 1", "Option 2"], however i already have the list "mergedList" where I have the values I want, but I cannot for the life of me make it work.

self.params1.filter.list = sorted(mergedList.keys()) and one other which eludes my brain right now.

Current code, it only has one of the params, since I can't get that to work I haven't done the other one.

It is very likely there is a better way of doing this, I just need the unique data from column A (ELAVSNAVN) which is like companies and then a sublist with the numbers (MATRNR) that goes with that.

The tool itself is incomplete since i am stuck on just the list part, just need some pointers / tips for that.

You're pretty close to having it working. Your lists are formatted weird because of the use of dictionaries. The code below should get you what you need. After the initial list is set, you use the updateParameters section to populate the list for the second drop-down.

Make sure both parameters are setup to allow for Value Lists, as seen below: 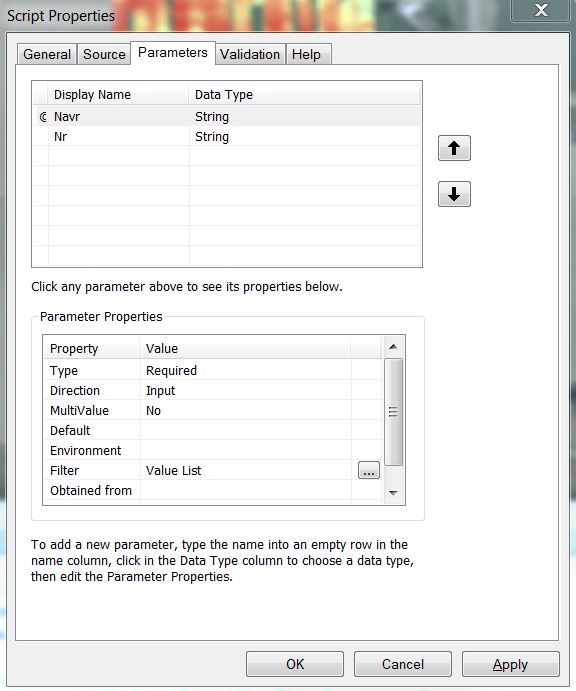 Not the answer you're looking for? Browse other questions tagged arcpy arcmap arctoolbox or ask your own question.