I'm working on OpenStreetMap data on Postgis. I have in a table "roads_polygons_label" containing all the polygons and roads in a given area and for each of them a label saying what it is (e.g. building, residential, grassland, according to OSM database). The problem is that some polygons are nested. For instance polygon A labeled as "residential" contains polygons B and C both labeled as "building". I want to separate A from B and C to get three records:

I managed to get a table "overlapping" where I join "roads_polygons_label" with itself on an ST_Intersects query to have for each larger polygon a row for each polygon it contains. So in my basic example it would give two records for polygon A:

Then I wanted to use ST_Union to make a big multipolygon made of all polygons nested in one larger polygon, so here a polygon made of BuC. But I would need to loop on each larger polygon and I don't know how to do that. I can create a table "large_polys" listing all polygons containing smaller polygons, but then I don't know how to join "overlapping" with "large-polys" in the loop. I have read the following posts but they did not provide a solution for me problem:

SQL Server - Select all polygons nested within a larger polygon

Edit : illustration of what I mean: 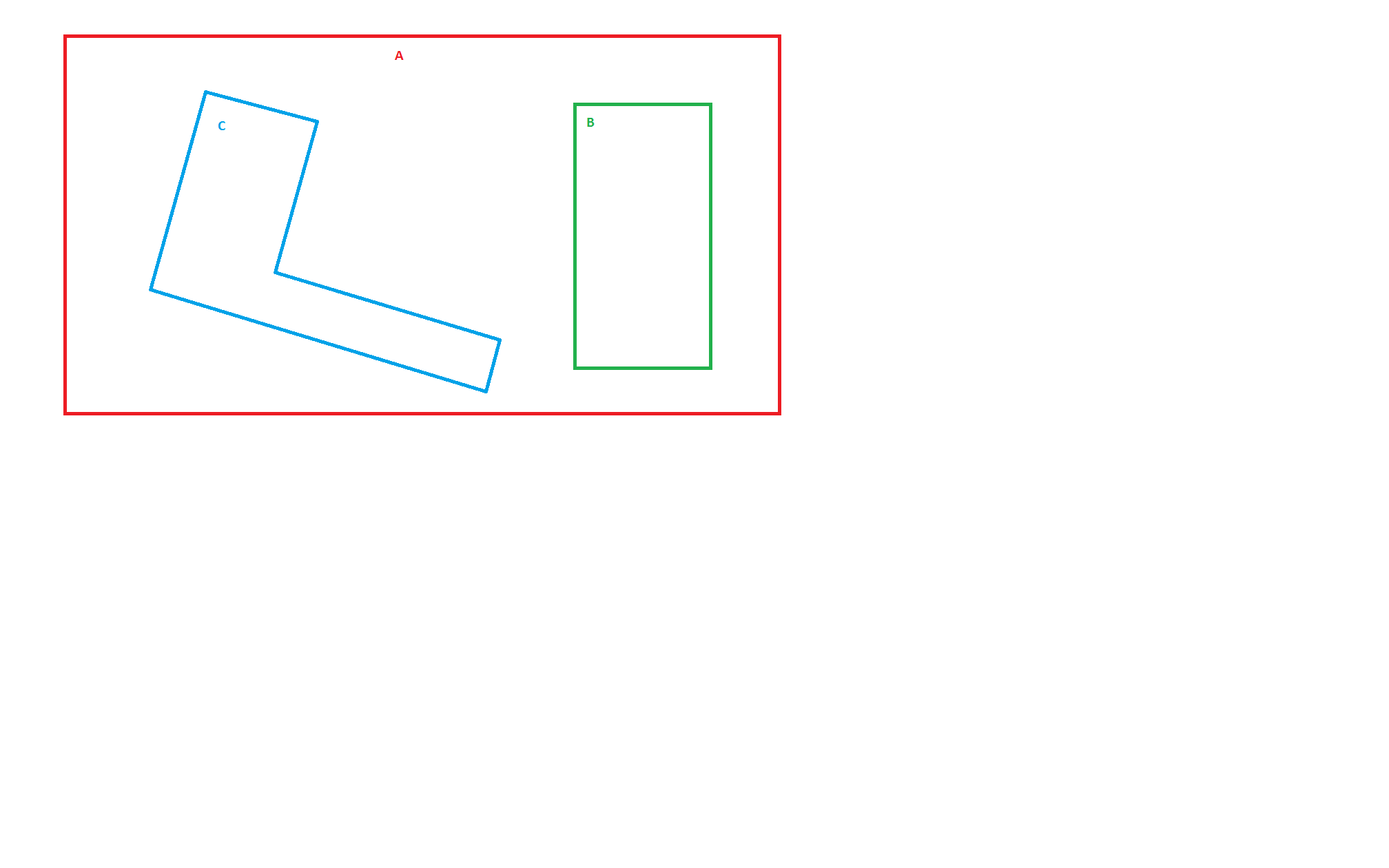 Maybe "nested" is not the right term. A, B and C have different osm ids. I also have several polygons with the same id and different area, but that's another issue.

Browse other questions tagged postgis polygon intersection union or ask your own question.

37
Separate polygons based on intersection using PostGIS
5
PostGIS - when I add a polygon, delete overlapping areas in other layers
2
Alphabetical Sort within a Record
5
Separate isolated polygons using PostGIS
10
SQL Server - Select all polygons nested within a larger polygon
3
Polygons to lines in PostGIS?
1
How to extract attributes of polygons at specific points into new point layer in PostGIS?
1
PostGIS: create new polygons in between existing?
5
Counting stacked polygons in PostGIS