I believe there is some misunderstanding between projection / transformation.

The British National Grid uses a Transverse Mercator Projection. UTM is a series of secant Transverse Projections which span the Earth.

Changing cartesian (projected coordinates, e.g. x/y) between projections is no problem as long as the coordinate is within the extent of both projections.

The two projections which you mention use different datums.

You will need to transform geographic coordinates (e.g latitude and longitude) between the datums. This will always be an approximation.

As mentioned in comment a square from one projection cannot be a square in a different projection.

True north (EPSG:4326) will be straight up. The grid convergence can be calculated for any point. But the shape is defined by the projection. 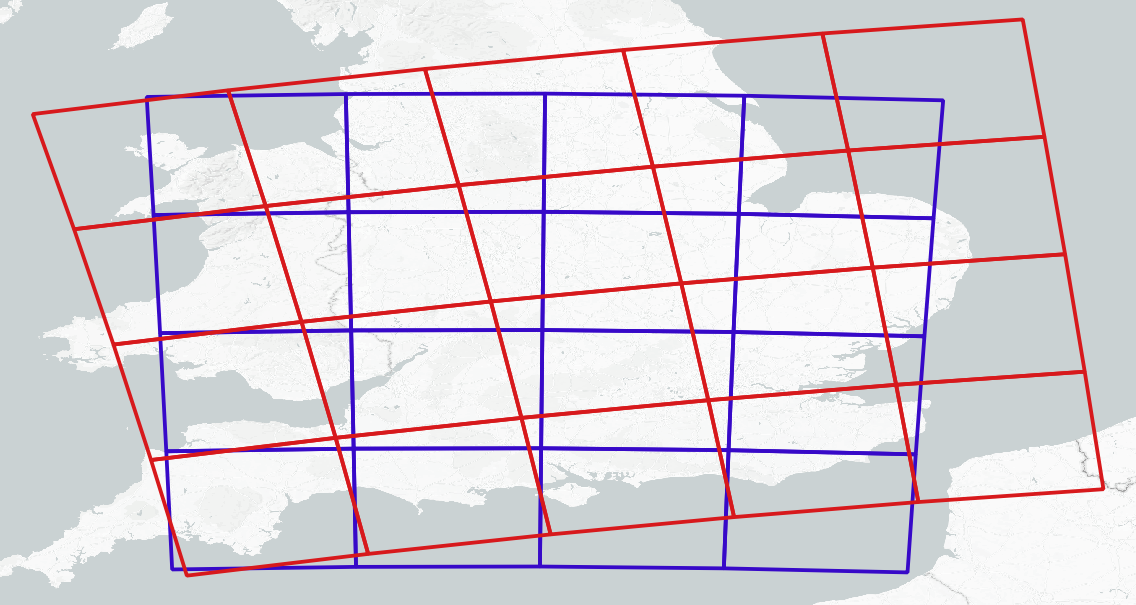 Short answer: Grid convergence is different for different projections but also within a projection.

Not the answer you're looking for? Browse other questions tagged coordinate-system grids-graticules convergence or ask your own question.