Creating buffers with values, and finding areas with high value overlap of these buffers

I have a data set that lists these groups and the threat levels based on those distances. It basically looks like: 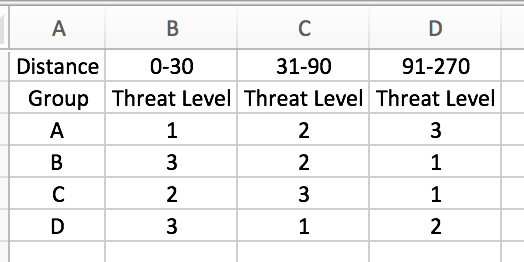 There will be multiple examples of each group, and I know how to create the points and buffers off the points, but this is where my current skill set fails me and I need help.

Ideally, the outcome would look something like this, where the points are a various groups locations, the buffer circles are the distances, and the black numbers are the values assigned to each buffer: 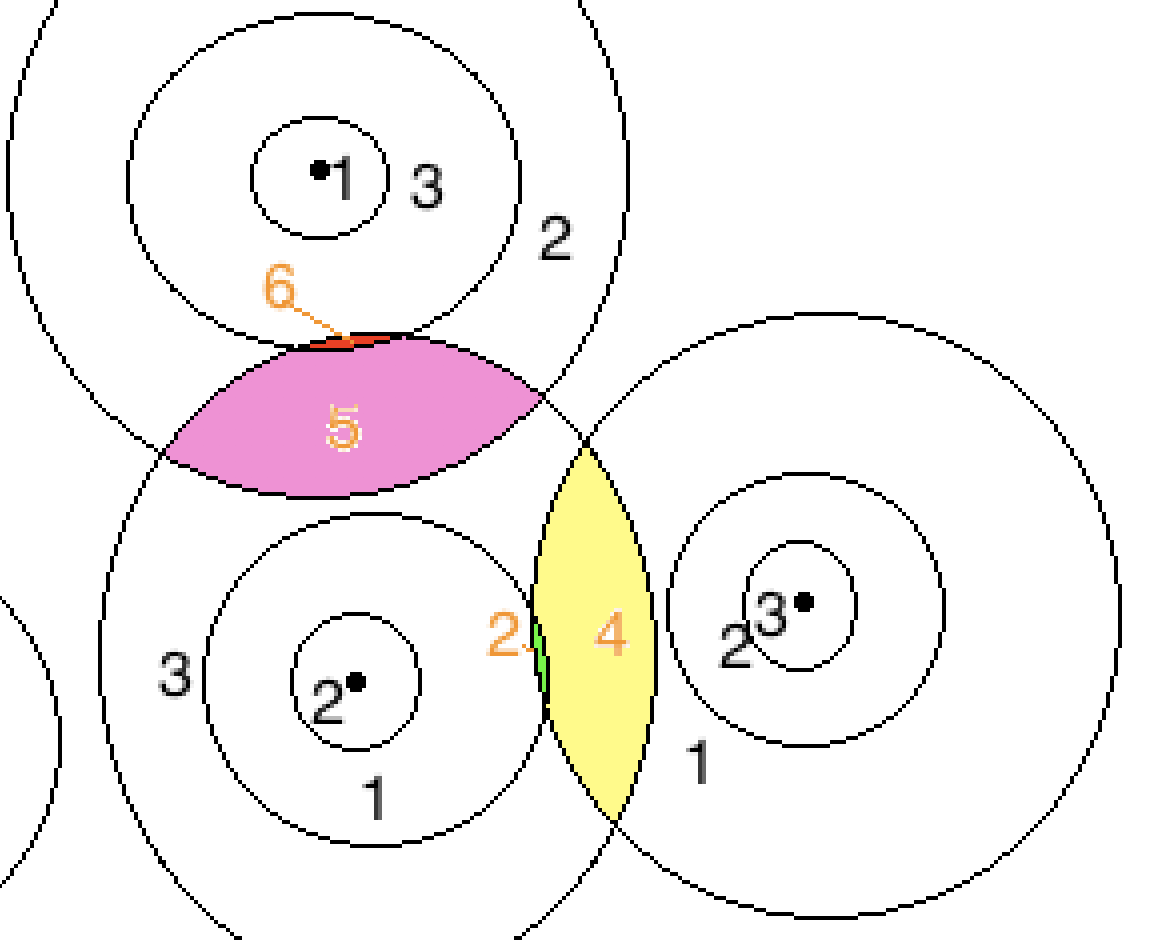 The orange numbers show the value of the overlapping buffers, and something like the red area is where two groups threat levels overlap to create the highest overall threat.

You achieve this analysis in a multi-step process by extracting centroids and summarising these then join back to your data. This should be wrapped up in a model as then you could repeat/tweak your analysis. The essential steps are:

Steps 1 to 3 could be easily wrapped up into a model using an iterator to step through each of your points to create the respective multi-ringed buffer datasets. 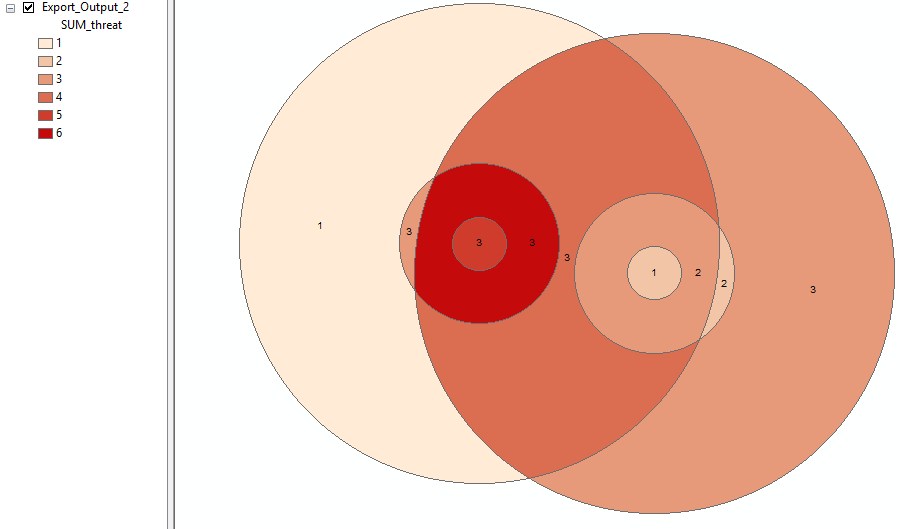 Rings labelled by their threat, and coloured by the overlapping summed values.

Not the answer you're looking for? Browse other questions tagged arcgis-desktop arcmap buffer fields-attributes values or ask your own question.

6
Is it possible, in QGIS, to create buffers with a set radius, but with individual values taken from the attribute table?
4
Creating buffers that will not overlap in QGIS
3
Buffer Different Distances Based on Field Values
2
Creating multiple non-overlapping rings but unable to tell which fc they surround using ArcPy?
0
Counting Block Group Populations in buffers using ArcGIS Pro?
1
Creating buffer of points with pre-defined area?