How to avoid slivers when merging (union) two shapefiles in QGIS?

Here's the kind of tool I want:

Preference A: Union the two polygon shapefiles that where the wetland file takes precedence over the forest file when the distance between the edges is less than 20m.

Preference B: A way to set Eliminate sliver tool to recognize the difference between a narrow sliver and a small round polygon OR to set sliver to only join another polygon with the same attribute in one field.

I start off with the two shapefiles (wetlands in bright green, forests in dull green). It can be seen that they are delineating roughly the same feature here (not always the case, otherwise I could just use one layer) but that they are slightly off. The wetland layer is generally more precise and I would to set it as the primary in cases of conflict/slivering. 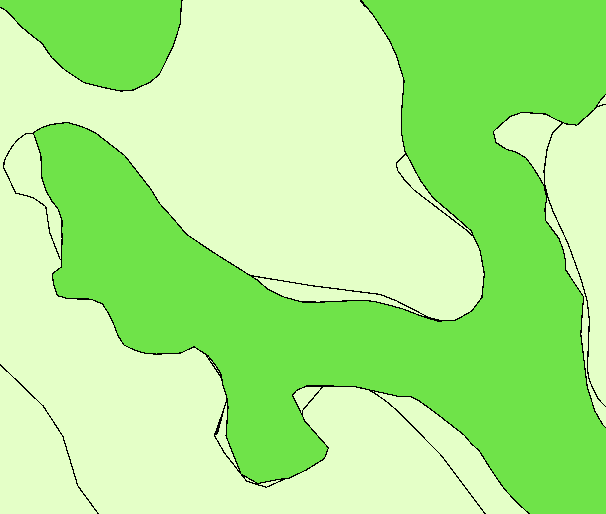 This is the result after using the SAGA union tool in QGIS. (The QGIS union tool available in the Vector menu option creates duplicates). 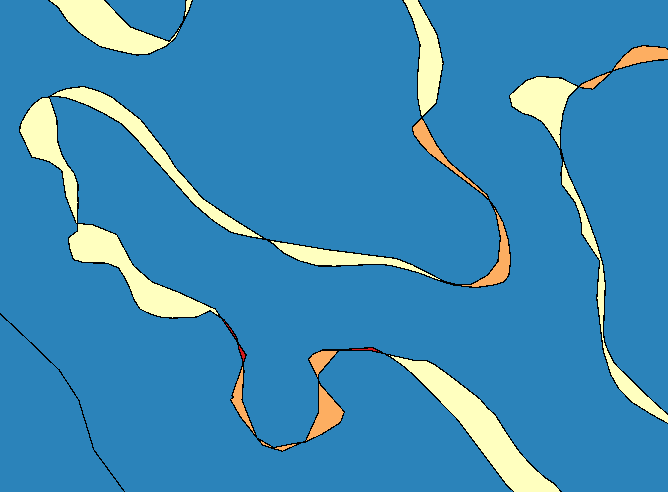 I've tried sorting the polygons by area covered and then use the Eliminate sliver tool as suggested in this post (How to fill holes in polygons automatically?) but some of my slivers are larger than some of my wetland polygons that I want to keep. Is there a function where the option equivalent to "Merge selection with the neighboring polygon with the" in Eliminate sliver tool is to merge with the neighbouring polygon with the same value in a certain attribute field?

Browse other questions tagged qgis slivers or ask your own question.