It's the first time I use a JSON file to create a map of Europe. I downloaded these two files:

What I would like to do now is remove some islands that do not interest me (those circled in red).

How can I do that? Of course I want to remove them from both nuts0.json and nuts2.json.

These are the regions I would like to delete:

I was thinking of using mapshaper because it's online and it seems simple, but I can use any software to let me do what I want.

I would like to delete those circled. I have read somewhere that it is possible to establish a threshold, and to eliminate the smaller regions of this threshold. But there are regions (see Sardinia) that I care to keep and Sardinia is certainly smaller than the French Guaiana.

So here is one solution using QGIS 2.18:

Step 1: Save and download the GeoJSON layer from the URL (copy paste the data into a text editor and save as "nuts0.json"). Drag this file into QGIS and select OK to accept the CRS (EPSG 4647).

Step 2: Notice that after saving a new layer has been added to the Layers Panel. Select from the Processing Toolbox (press CTRL+Alt+T, if you don't see it) the algorithm Multipart to Singlepart and run it on the nuts0 GeoJSON: 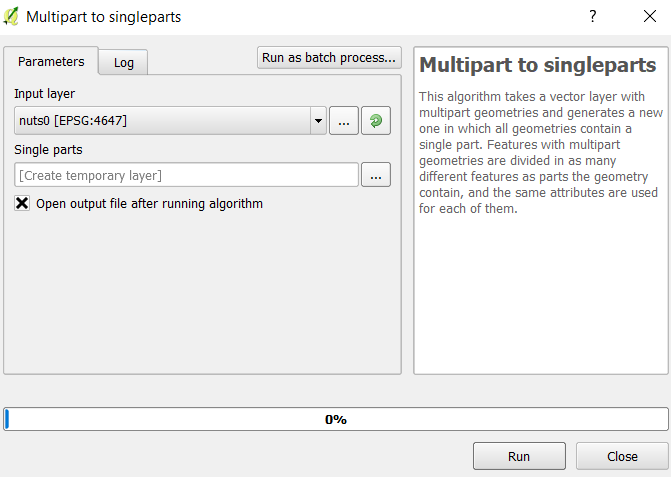 Step 3: In the Layers panel, highlight the 'Single Parts' layer that was generated from the algorithm, and in the toolbar above click on Select Features by area or single click -> Select features by polygon: 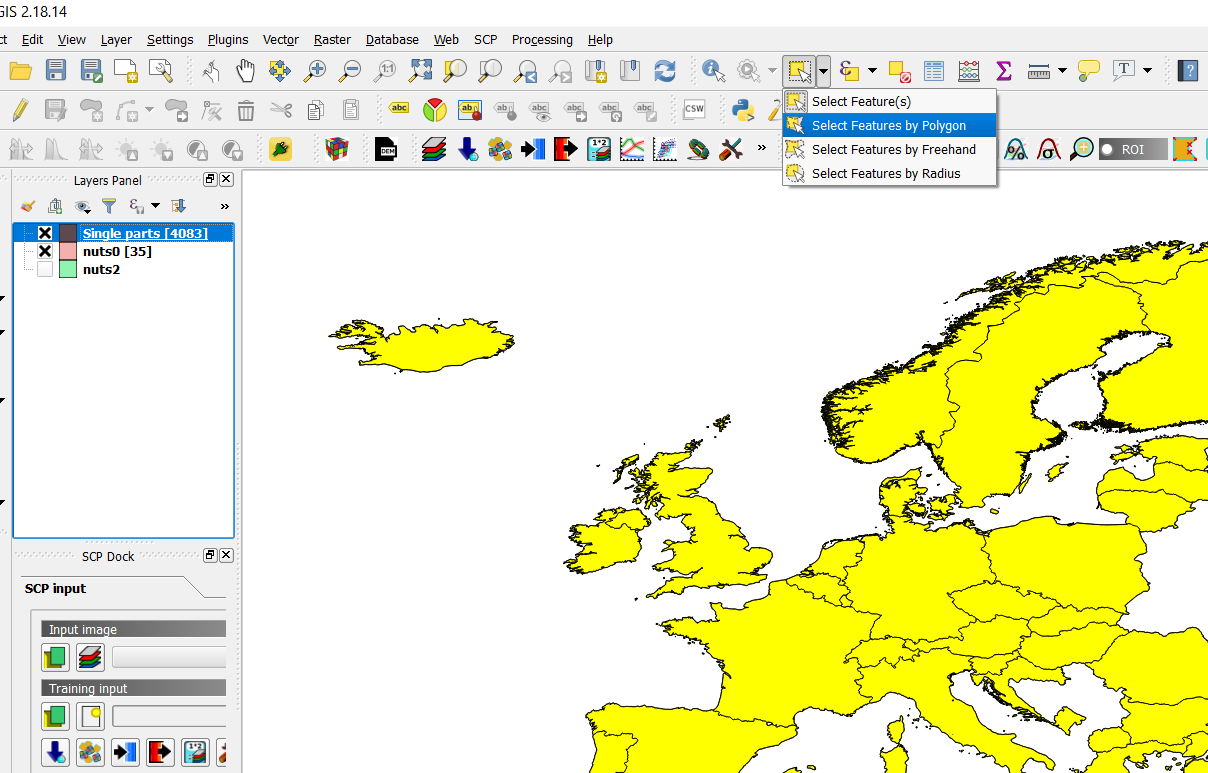 Select the polygons (countries) that you want to keep and they will turn yellow. Zoom in to verify the result: 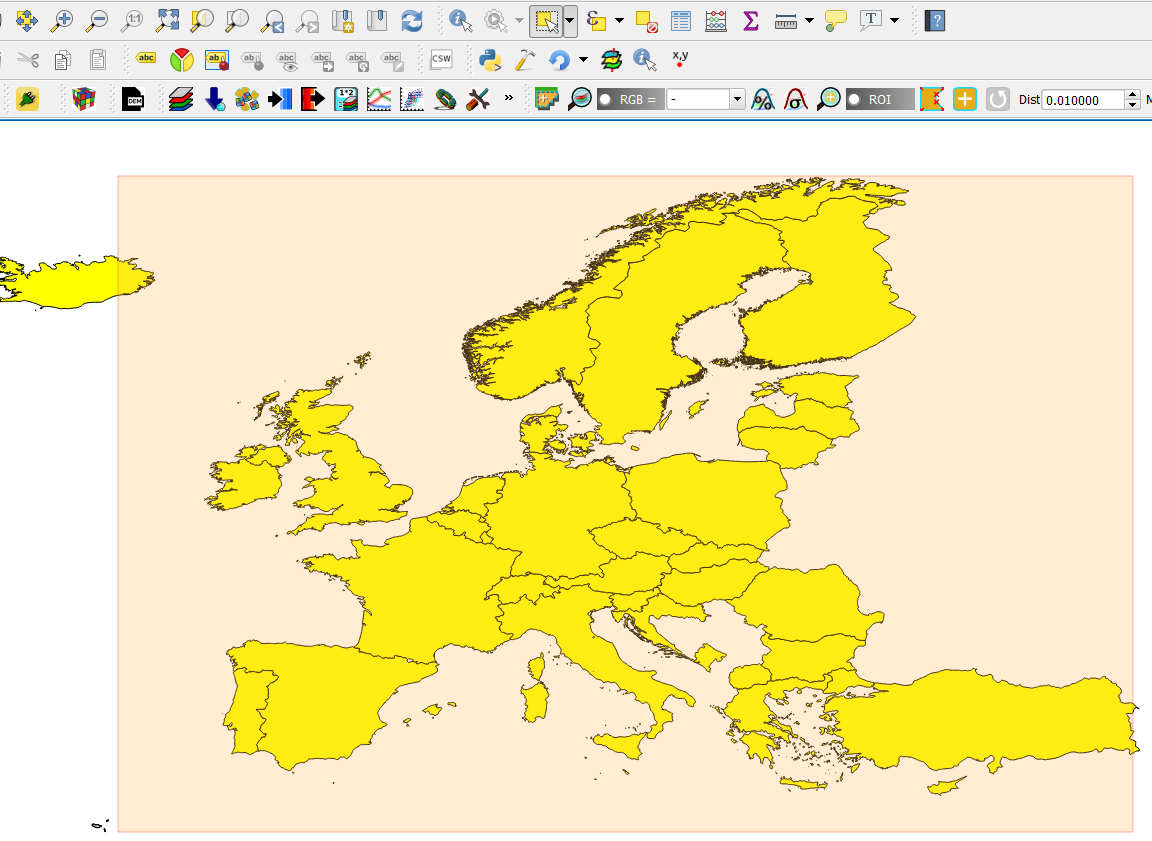 Step 4: Right-click the created "Single parts" layer in the Layers Panel and click "Save as" (same as in step 1), only this time make sure to Check "Save only selected features", and make sure the format is GeoJSON. Repeat the steps for the other GeoJSON (nuts2.json). 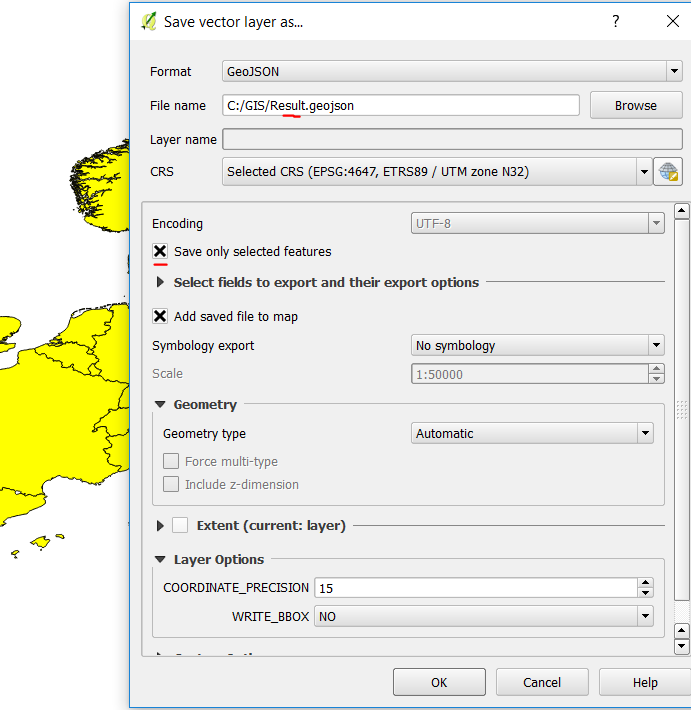 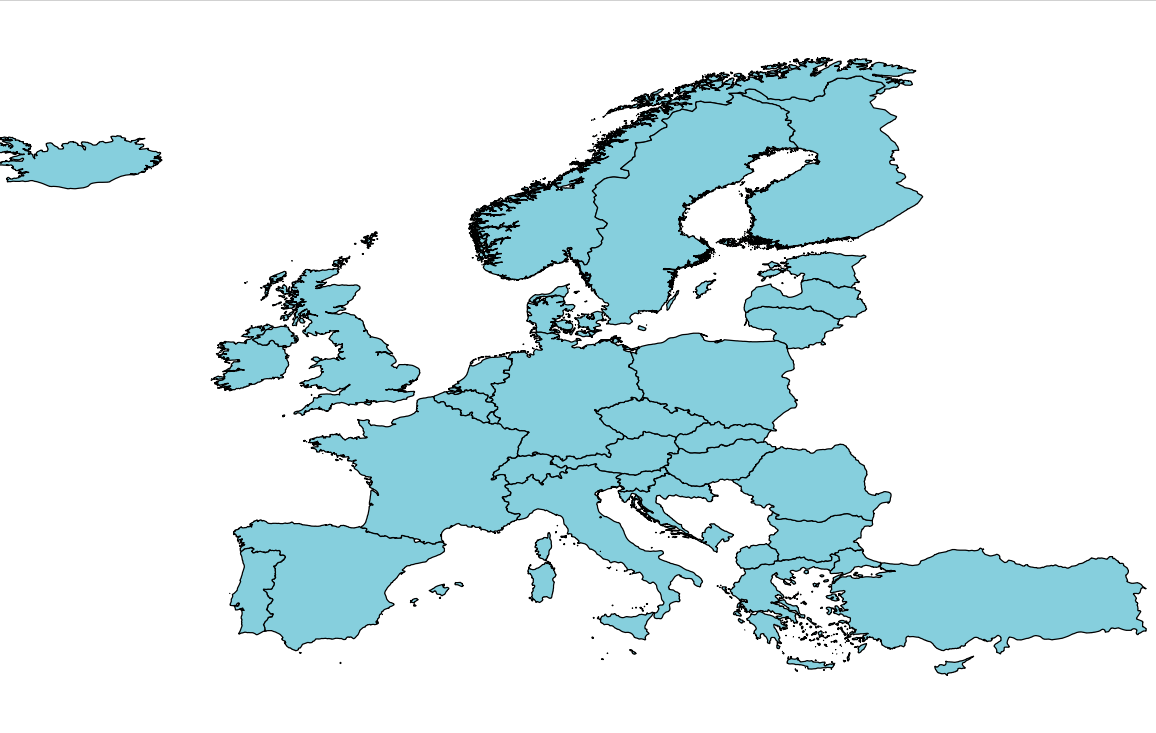 Mapshaper (now?) has a click & delete option. Click on the arrow from the menu on the right, choose select features. Select the polygons you want to delete. A menu appears in the top of the screen that lets you delete the polygons.

Not the answer you're looking for? Browse other questions tagged geojson json topojson remove or ask your own question.