I'd like to get a little more control over the layout and functionality of the user interface associated with a processing script I've created. I've made a ui file using Qt Designer, but I can't figure out how to replace the default form (which uses the ## notation to define parameters) with my new one.

I've found many examples on doing this for a plugin and for feature popups, but nothing for processing scripts.

I tried the following but I just get a blank dialog 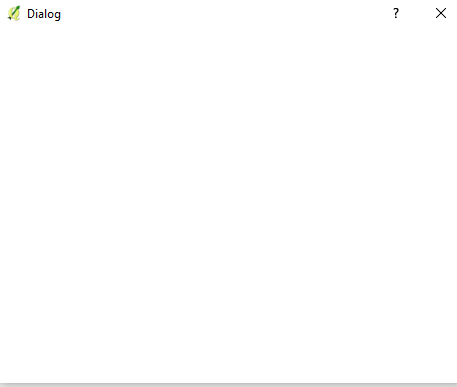 I found that if I made a widget class and put the original code inside it, I can get the form to show as expected. Not sure if this is the best way as I'm still quite new to PyQGIS and coding in general.

Not the answer you're looking for? Browse other questions tagged pyqgis qgis-processing qt or ask your own question.