In QGIS 2.18.13 on Windows 10, I have symbolized a polygon with two layers on top of either other; the bottom layer is a solid fill color, and the top layer is a BDiagonal (hash). The two layers together produce a colored polygon with a hashed overlay in the map.

In the print composer, is there a way to combine the two legend entries that result from these two layers into a single element, such that the symbol for that polygon is shown as a single colored box with the hashing over top of it?

Right now I just have the two separate layers with their separate symbology. I need them combined.

Alternatively, maybe there is a way to produce this same symbology in a single layer on the map prior to the composer, so that this isn't an issue. I just haven't found a way to do this.

A quick tip for legend organisation problems : I usually use memory layers and organize them as I wish.

You can create completelly fake layers and add them to the legend object. Very useful when you want to have a firm grip on your legend elements and for customized legends. 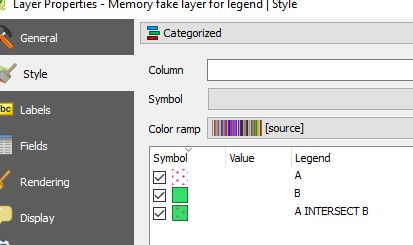 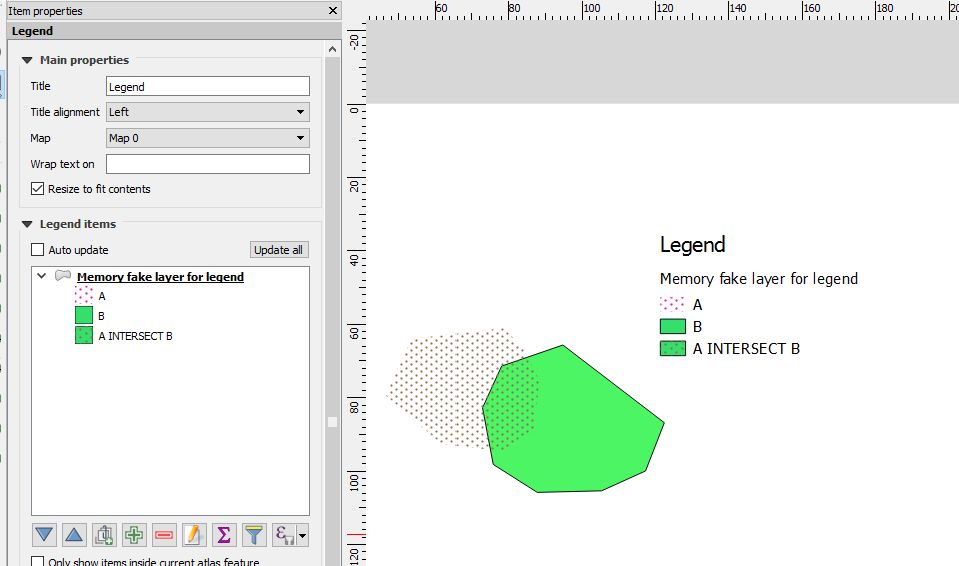 You now master your legend !

I figured out a simple way to do this. Just add a Layer Symbol from within the Single Symbol Layer Styling dialog. 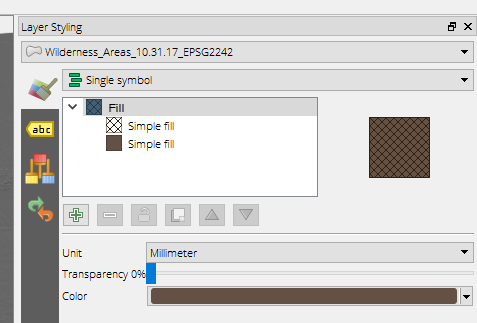 This wasn't obvious before, but is exactly what I needed!

Not the answer you're looking for? Browse other questions tagged qgis symbology print-composer legend or ask your own question.