I built a model in ArcMap 10.3.1 to quickly repeat a process with multiple raster images stored in the same folder.

The idea was to have the model iterate through the rasters , then have the pixels in all of the rasters be multiplied by a certain constant value using Times, after which the model would run those output rasters through the Zonal Statistics Function and output a Final Table. I included the Parse Path step in there because I was having trouble running the Zonal Statistics step with the .tif at the end of the filename when I was simply using %Name% for my inline variable substitution. 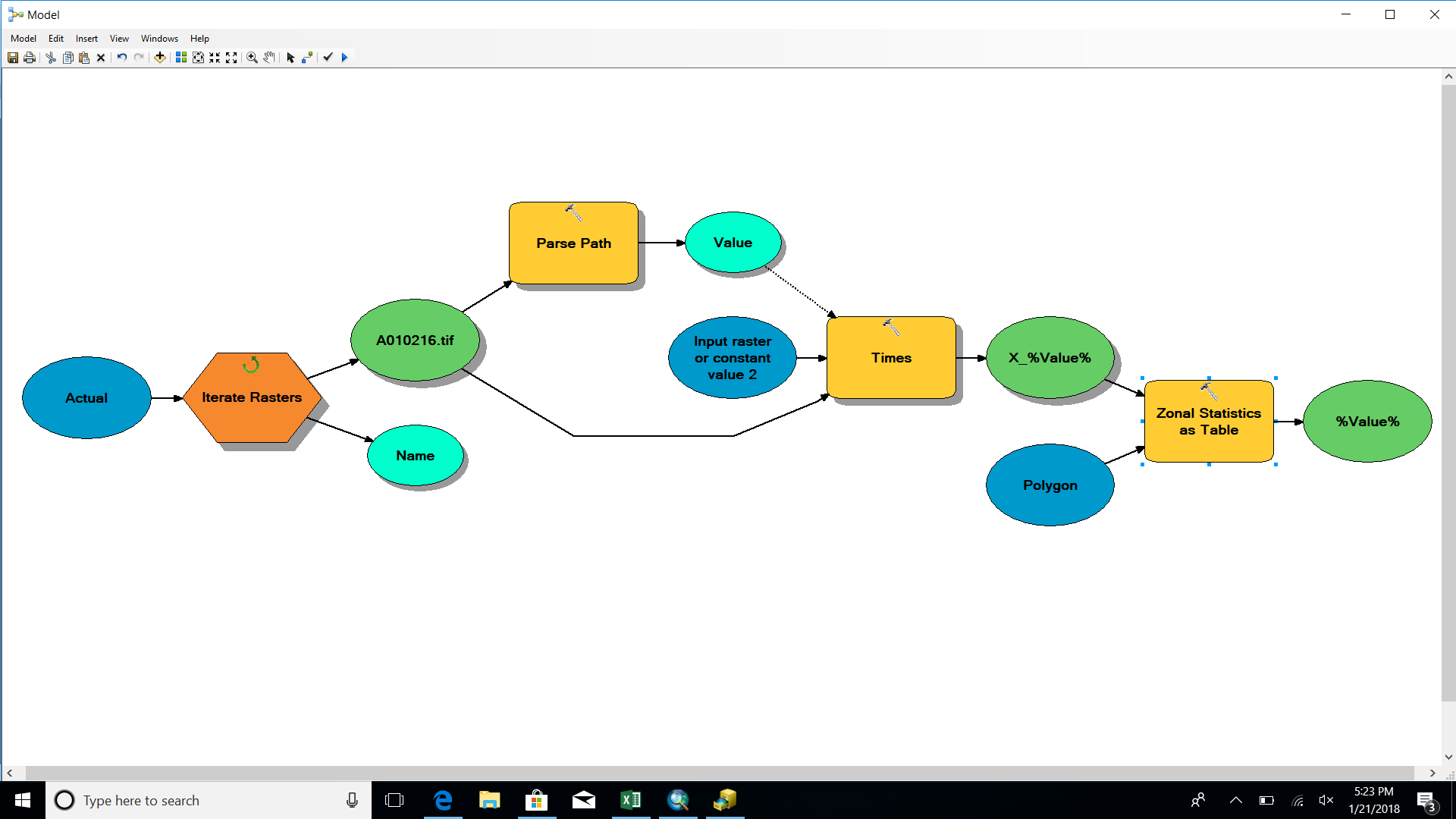 I was having a lot of issues with this model, and finally managed to get it to (sort of) work, except now, instead of iterating through all the rasters, it only creates an output table for the first file in the "Actual" folder where the input data is stored. Instead of saying "Raster" on the output bubble from the iterate rasters step, it just says the filename for that first file, "A010216.tif", and only generates its output at the end.

How do I solve this?

I managed to fix the model in two different ways: (1) By removing the iterator step and just having the model accept a single raster as an input, it worked just fine (2) for some reason adding a Set Null step to change zero values to NoData/Null worked really well, and it let me use the Iterator without any trouble.

Here's a picture of solution number 2 (I also added a couple more steps to the model and those worked fine as well! 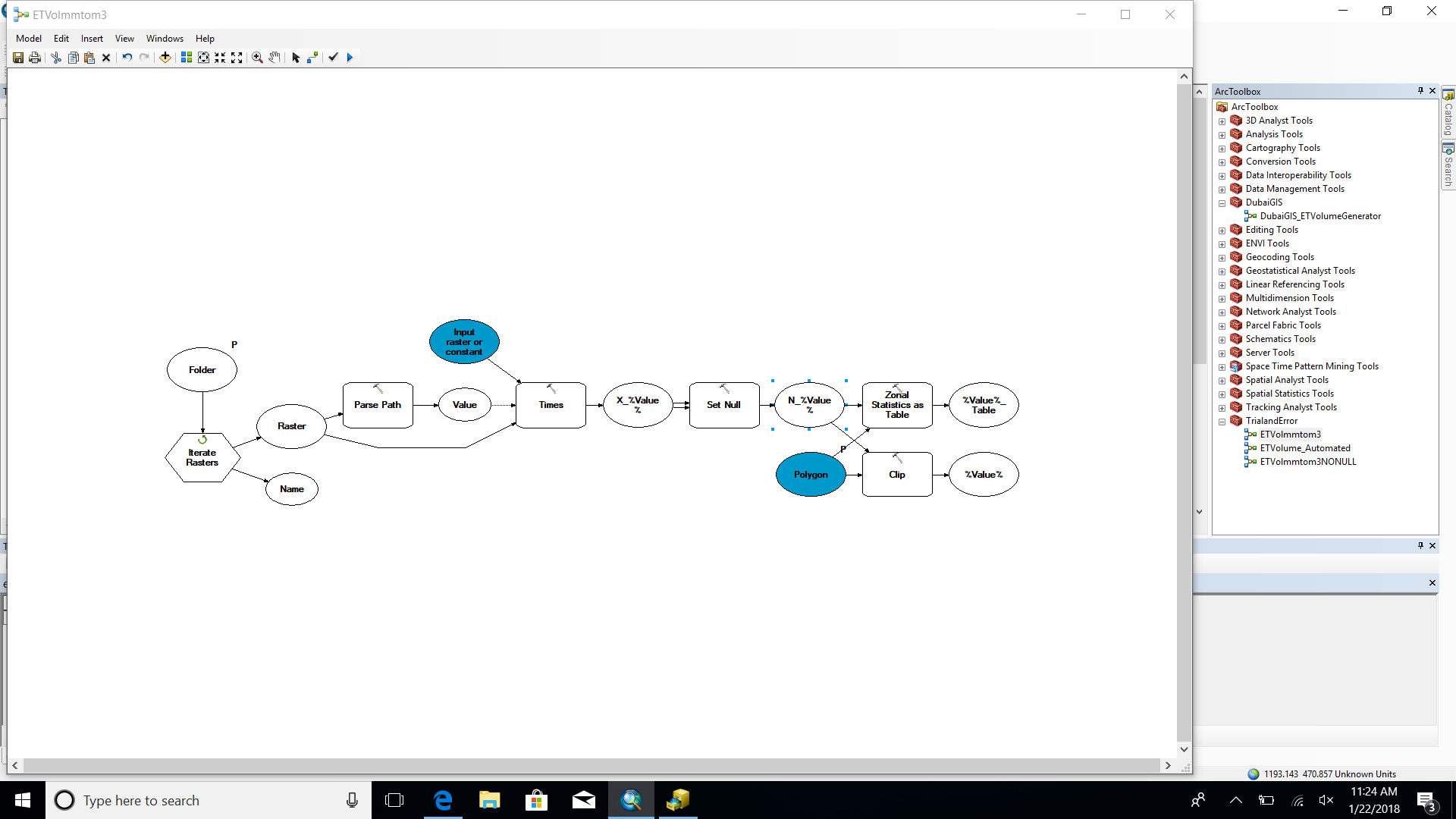