First of all, I am new to map making, and I am mostly relying on tutorials to learn. As part of a project, I am making an airway map using QGIS and I do it by uploading the points with lat/long thru a csv file, and then connect them thru Points2One plugin. After that, I used pgrouting to create topology and calculate shortest path with dijkstra. However, when input the start and end points for calculation, the pgr_dijkstra won't return anything unless I used the "source" and "target" points. Below is the route network:

Is pgr_djikstra supposed to work like that? Anything that I am doing wrong? 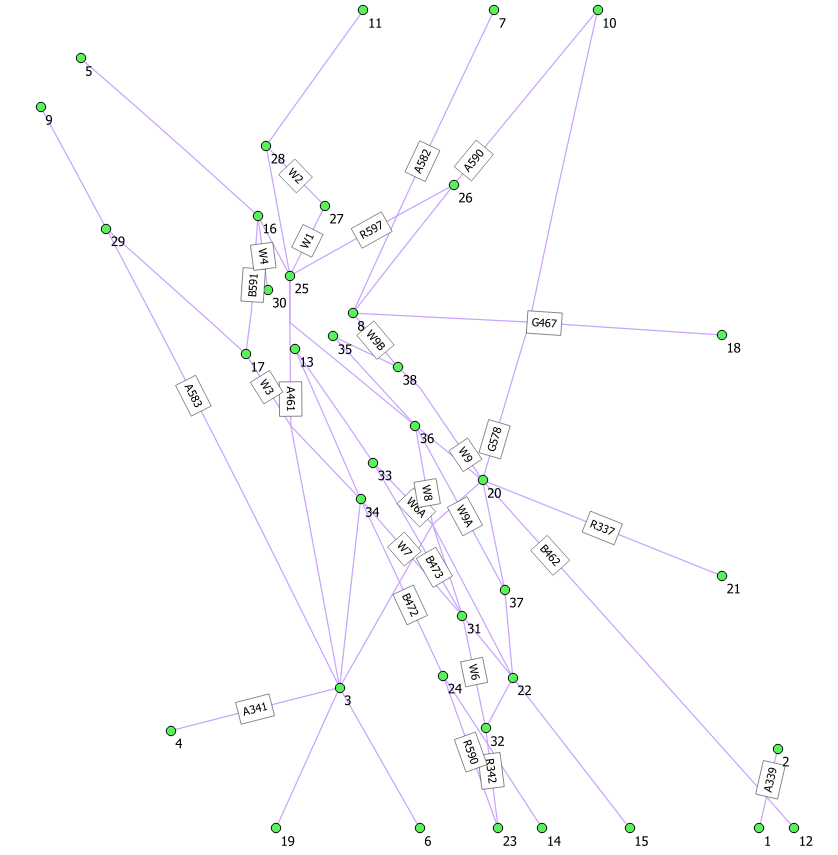 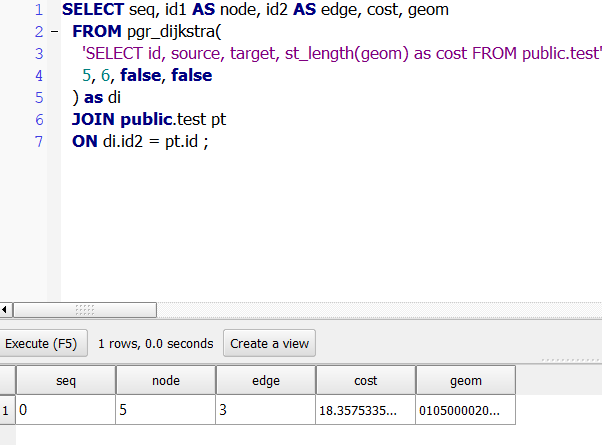 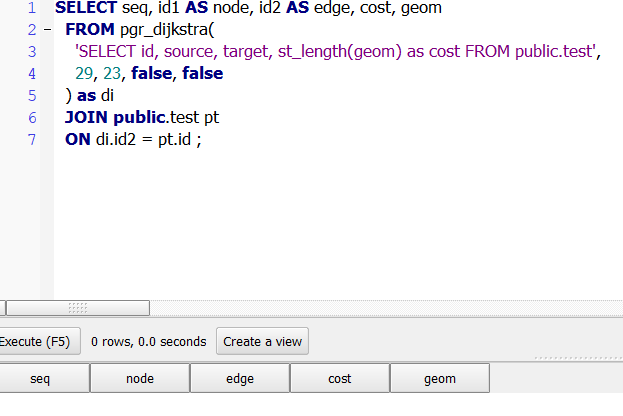 EDIT 3:
After a long discussion in the comments I reviewed my answer, taking the sample data and it´s upload into PostgreSQL from within QGIS into account. I deleted my EDIT 2 as it became useless.

The problem is that you initially run pgr_dijkstra on multilinestrings. Next to the topology (that you created), the basic geometric structure for any pgRouting function to run the way it should is to have a properly noded network, consisting of simple linestrings instead, defined by two nodes (-> source, target).

pgRouting has the built in pgr_nodeNetwork function to do just that for you (albeit with possible drawbacks, see EDIT 1). In order to get expected results:

As @dkastl pointed out, pgr_nodeNetwork does try to split the given network at every intersection found, which might be undesirable for many cases, e.g. where two lines visually intersect but thematically should be treated as not intersecting (consider bridges in road networks [thanks to @dkastl]).

The more general rule here should be to make sure the network you want to route on consists of simple linestrings with nodes only at desired intersections, and pgr_nodeNetwork being a tool to achieve that efficiently if no intersection restrictions occur.

I was having problems with pgr_nodenetwork, so I looked at the known issues. It seems that pgr_nodenetwork has not been working properly see here. To overcome these issues, I manually noded my network before running

You'll need to re-join any attributes you need after this as all your left with is id and geom columns (or you can add the columns you need into the queries above).

Not the answer you're looking for? Browse other questions tagged pgrouting topology dijkstra vehicle-routing-problem or ask your own question.