Apparently, the new released SNAP 6.0 allows the sen2cor plugin to be installed and run directly within the SNAP. Indeed, SNAP installs the bundle when try to run it.

However, it doesn't work for me. Although a new folder is generated (S2A_MSIL1A...from the S2A_MSIL1C), the folder does not contain the corrected bands.

Is there anyone that succeeded with it without using Anaconda nor the standalone sen2cor tool?

I enter the image through the MTD_MSIL1C file within the download folder S2A_MSIL1C_...

Then I run the sen2cor and a new folder is generated named S2A_MSIL2A_...

But inside the latter folder I just have two empty folders: AUX_DATA and DATASTRIP 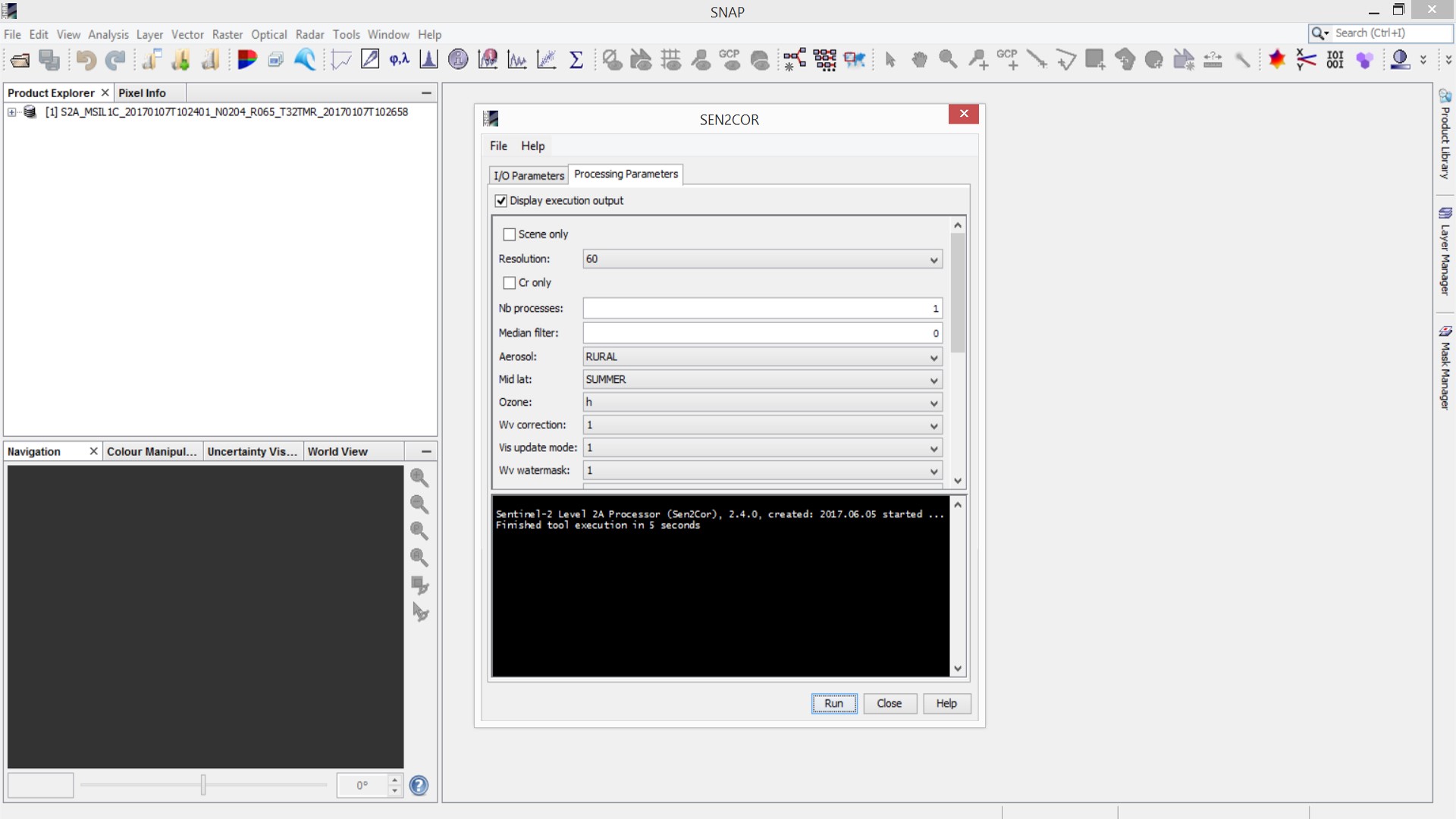 How did you install Sen2cor? Did you follow this procedure?

I installed SNAP v 6.0 and download Sen2cor 2.4 stand-alone installer follow the procedure mentioned in STEP forum. I've set environmental variables in SNAP too, it's the most important part to be successful: 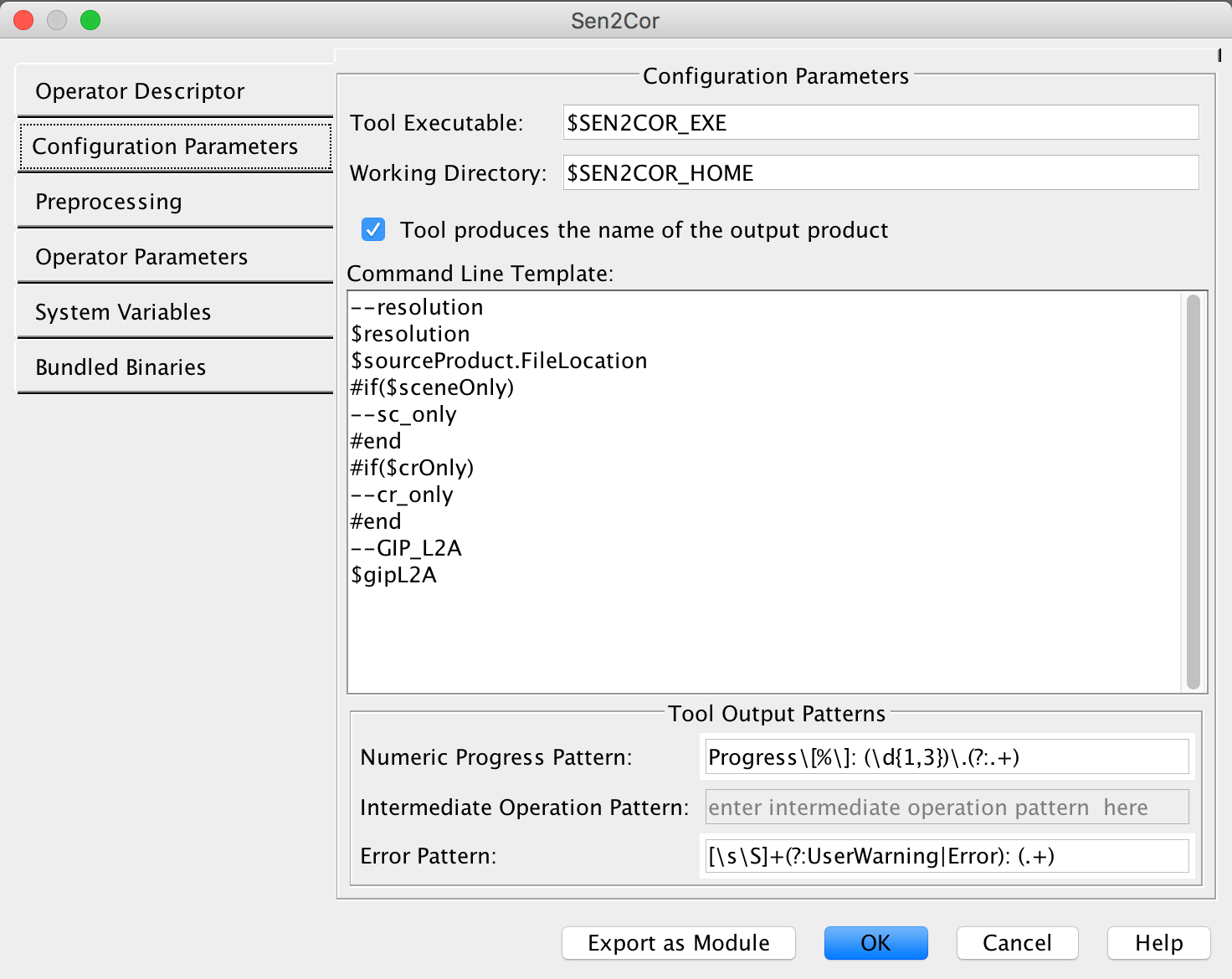 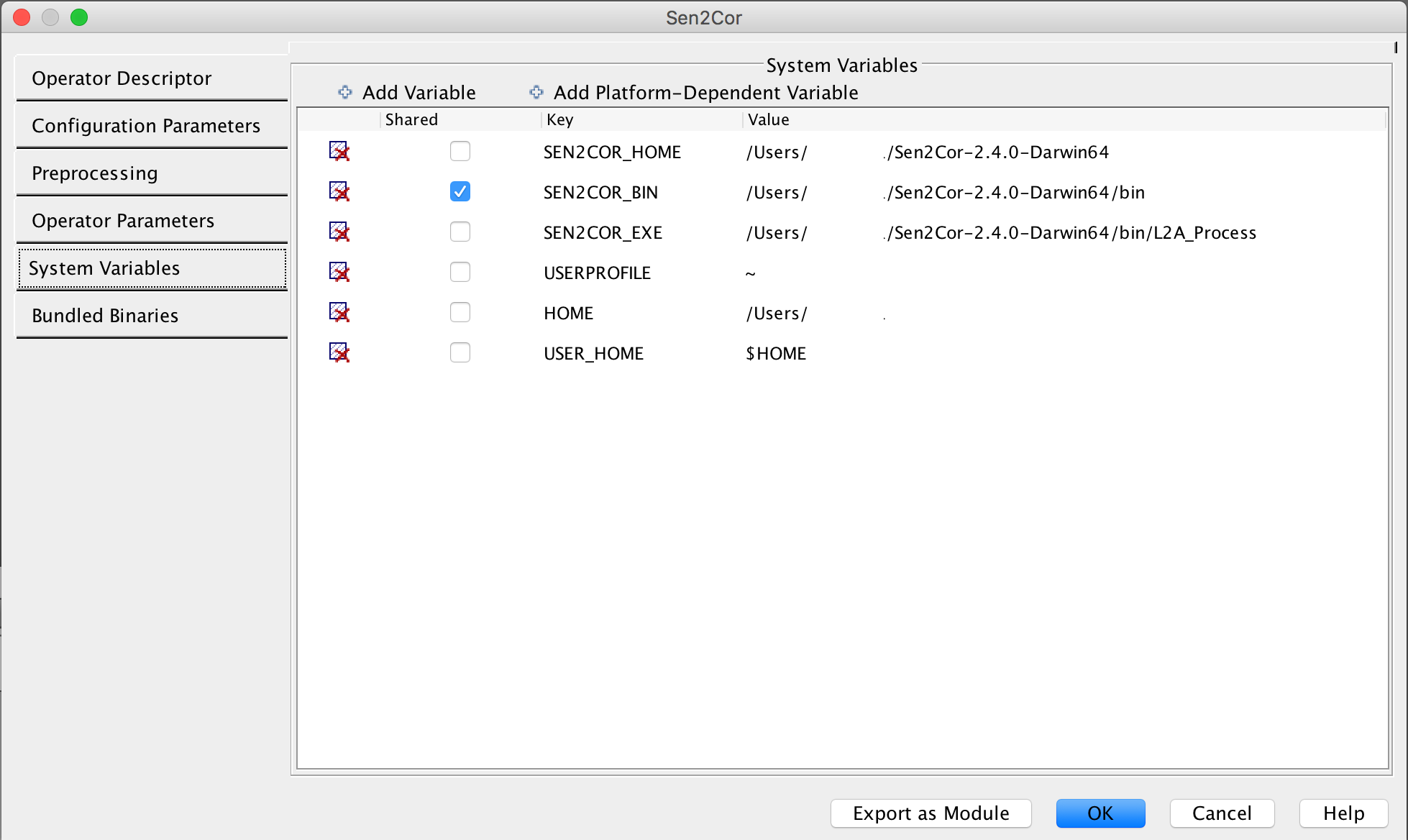 I was careful, but setting could be:

With this configuration, bands are created without problem:

Not the answer you're looking for? Browse other questions tagged sentinel-2 sentinel-snap sen2cor or ask your own question.

2
How is Sentinel 2 MSI Natural Colours Profile in SNAP calculated
1
Sentinel-2 files opening in SNAP
2
Run sen2cor for a single tile (granule)
0
Cloud Removal through Sen2cor for sentinel 2 images?
1
Which version of Sen2Cor is used by the ESA?
1
Cloud masking using sen2cor
1
sen2cor L2A_Process not working, returns strange error
2
How to correct sentinel data with sen2cor in R using a json with parameters?