I've created several custom forms using Qt Designer. My problem is that when I open a form, its window size remains the same as the size of the window of the last form I opened. For example, let's say I open the form below and manually adjust its window size so that it fits its contents: 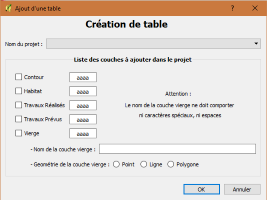 Then, when I open a bigger form, it will look like this: 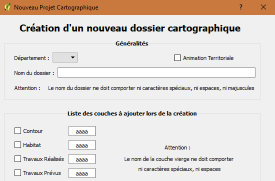 So, if I want to see the "OK" button, I have to adjust the window size manually again. This gets tedious in the long run. I tried adding

at the beginning of the .ui files (before the "windowTitle" property), but it causes QGIS to crash when I try and open the forms. I also tried adding these lines:

at the beginning of the function that is called when the form is opened, thinking my issue was similar to this one, but it doesn't make any difference. So, how can I make the window autoresize to the contents of the custom form within?

(Thanks to @Joseph for pointing me in the right direction)

Here are the steps that worked for me:

This way, the windows'size is never smaller than its content once you're in QGIS.

Not the answer you're looking for? Browse other questions tagged pyqgis qgis-2.18 qt-designer forms or ask your own question.

6
How to display a picture in QGIS custom form?
2
How do I make a file dialog for a custom forms that does the same thing as the autogenerated URL selector?
1
Creating a custom widget like Form Aware Value Relation Widget
5
How to use the QgsColorButton Widgets?
2
Custom Form in QGIS
2
QgsRelationEditorWidget in Custom form
1
QGIS - QTableView or QTable widget in custom form
3
Import own modules in custom forms in PyQGIS