I am a beginner using QGIS 2.18.15. I am having some trouble to find the right coordinate reference system for wind speed data of Europe from the German Weather forecast service (DWD). (ftp://ftp-cdc.dwd.de/pub/CDC/grids_europe/monthly/wind/MIKLIP_DECREG/v002/)

The data is projected in a regular rotating grid with a virtual North Pole at 39.25 N, 162.00 W (rotated coordinates). When I add the raster layer to QGIS it tells me that there is no “pre stetted” CRS so it automatically uses the CRS EPSG: 4326, WGS 84. As a result the layer of Europe is now half on Africa half on the Atlantic Ocean. So I looked for a possible CRS online but could not find any. 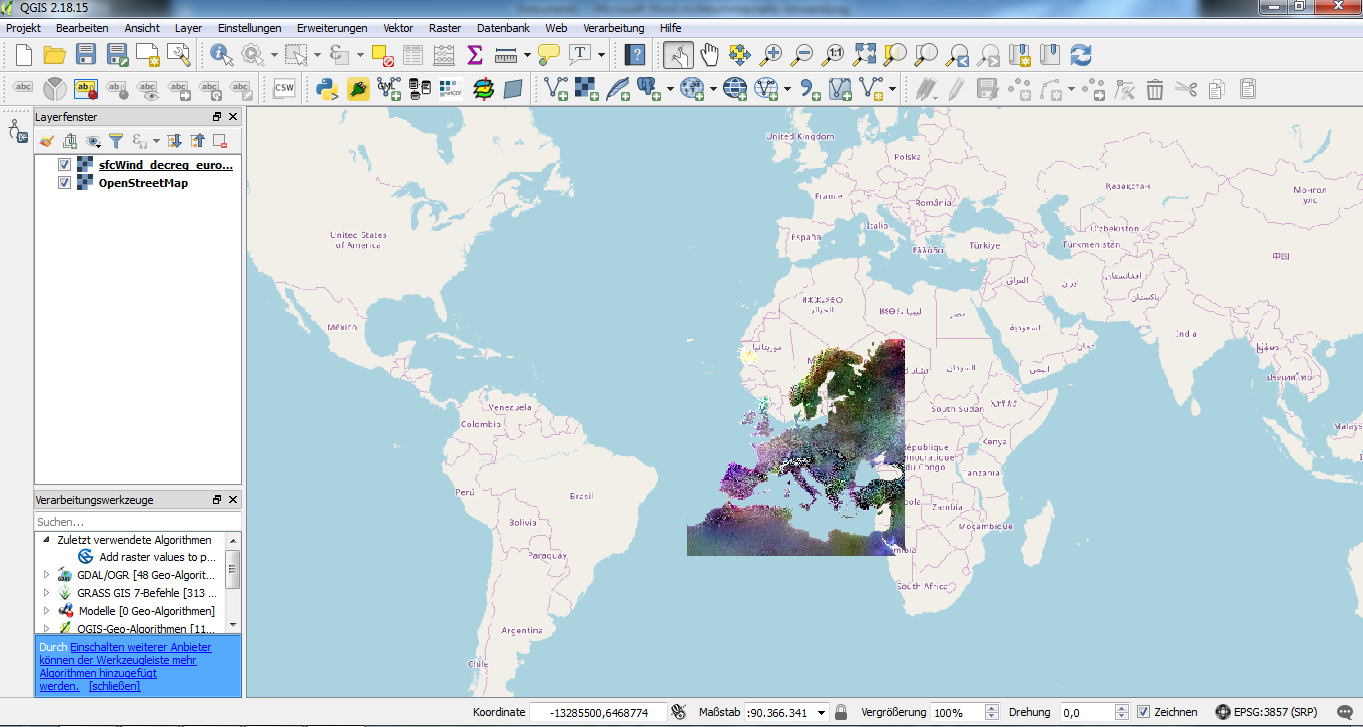 As the grid is rotating someone told me that the question “Manually transforming rotated lat/lon to regular lat/lon?” might solve my problem. But it does not. In this question we got two data sets. I just have one data set in a rotating grid and I don’t have the according regular coordinate system. Further on I would still need to know the CRS of the out-put coordinates which I could not find online.

Another user told me to have a look at the question "Transforming data from a rotated pole lat-lon grid into regular lat-lon coordinates in QGIS?". As I am a total beginner of Python too, I am lost with the presented code. Copying and modifying with my values did not work out. I even still don’t know which CRS I would be supposed to use.

As I am trying everything I also tried affine transformation but as I could not chose my data set as a layer it first did not work out ether. I guessed that’s because my data is a raster-layer and not a vector-layer. So I transformed my raster into a vector layer. That workef out but I recieved this warning. 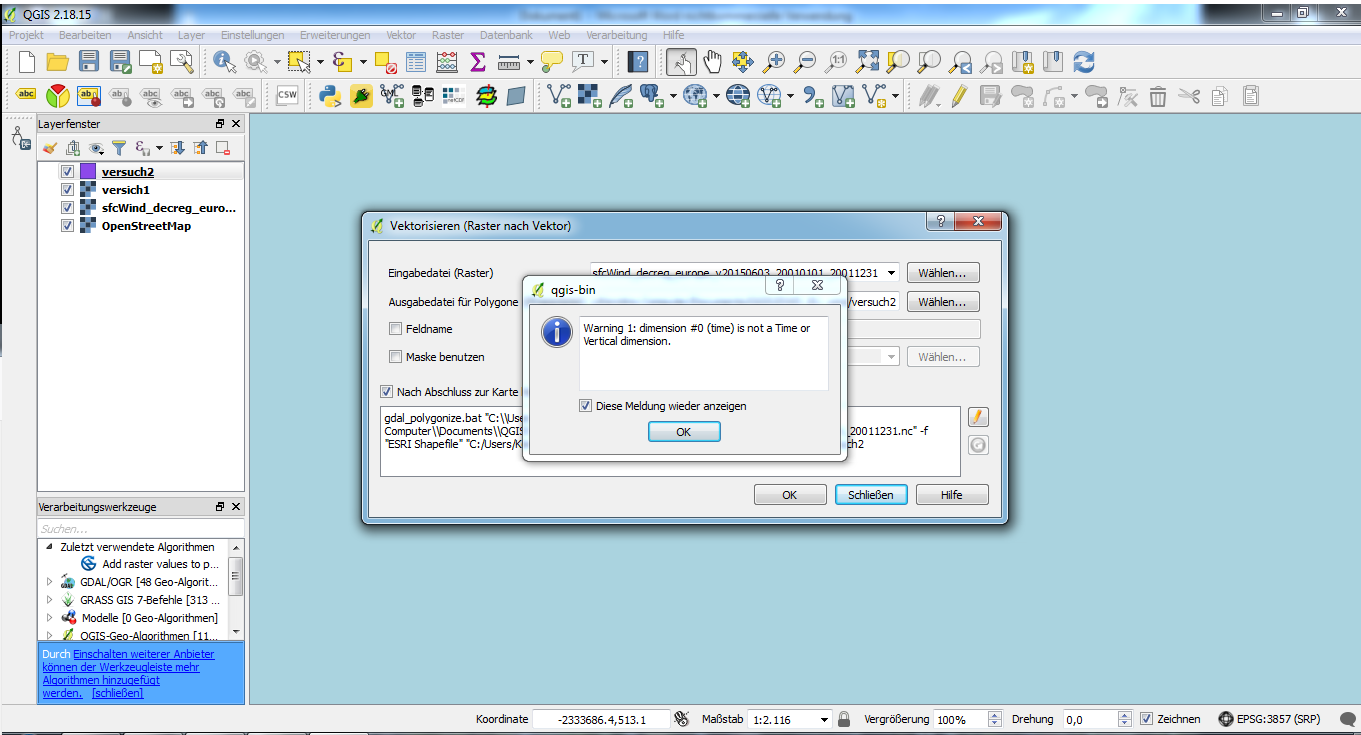 The data set seems to have no time dimension or vertical dimension. Now I stack with the spreadsheet. I don’t know what I have to fill in. 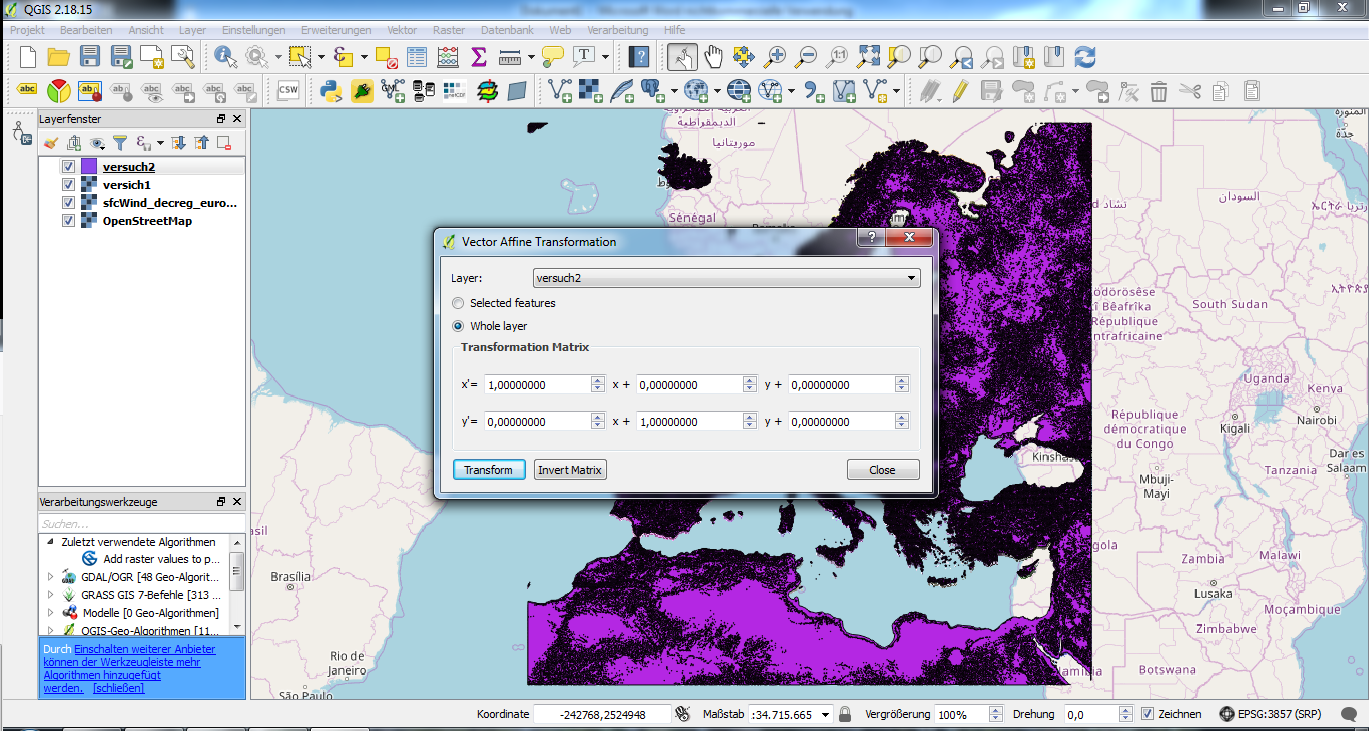 Is this even a right approach to solve the problem?

Browse other questions tagged qgis coordinate-system latitude-longitude affine-transformation or ask your own question.