Autocompletion for VS and Eclipse when debugging QGIS plugins

I have been trying to get autocompletion to work in first Eclipse and afterwards tried with Visual Studio. I have been following these guidelines / Stack Questions

import qgis.core problem with QgsFeature and QgsGeometry ImportError: DLL load failed: The specified procedure could not be found

In both environments I managed to be able to debug the python code step by step, but iI was not able to get any code completion.

I suspect that its the same issue in both cases. I have been trying to add all possible paths to the PYTHONPATH. Both in Eclipse and in windows environment variables.

According to the guideline I did open Eclipse using a bat script to init windows specific things for QGIS.

I made a similar script for VS without success.

The configuration I have been setting up for the python env. looks like the following. 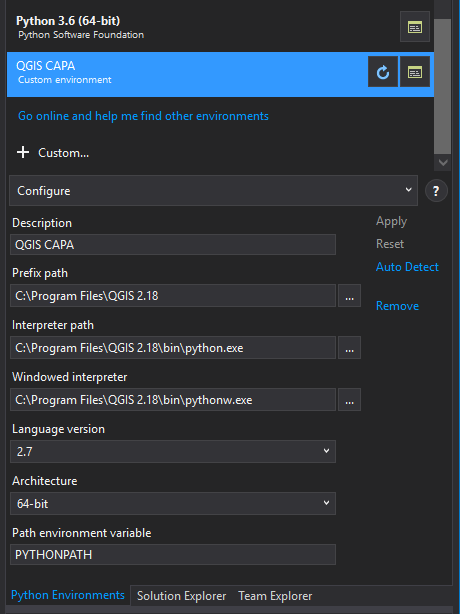 What could I be missing that causes Eclipse not to recognize libs such as qgis.core?

Could it be the same reason that causes VS to not recognize it?

4
Setting up a QGIS Plugin Development Environment in Visual Studio and PTVS
4
import qgis.core problem with QgsFeature and QgsGeometry ImportError: DLL load failed: The specified procedure could not be found