In my PostgreSQL/PostGIS I need to create FDW to an instance of Teradata Database. My aim is to get attributic-nonspatial data from the Teradata. I opted to use OGR_FDW instead of ODBC_FDW as this article recommends OGR_FDW as the performance is generally better, and the fact that I am using PostGIS in my PostgreSQL DB.

In order to create the FDW with OGR_FDW I have to do several steps that include CREATE SERVER, CREATE USER MAPPING, and IMPORT FOREIGN SCHEMA. Unfortunately I can not find example specifically for Teradata ODBC. I need to now what are the accepted OPTIONS values for Teradata ODBC.

The one from Paul Ramsey states that we can use command ogr_fdw_info to generate server and table definition, but I do not understand what is the datasource used in the ogr_fdw_info call? 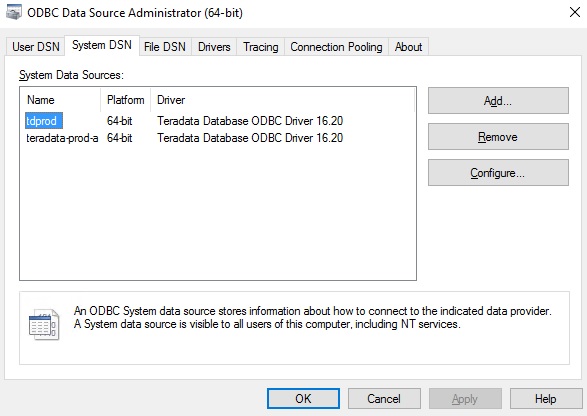 And subsequent connection test was a success: 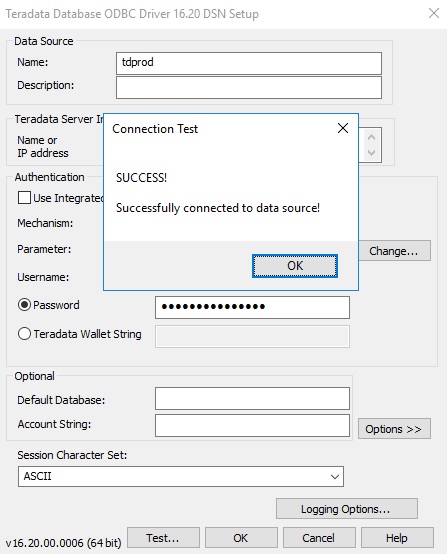 I tried to create th remote server anyway, but failed: 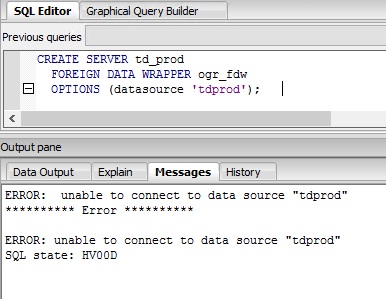 If you want to use a registered ODBC DSN (e.g. 'tdprod'), you can run:

If ogr_fdw_info supports some database natively, you can also specify a whole specific connection string by yourself:

b. pgAdmin4 - https://www.pgadmin.org/docs/pgadmin4/1.x/foreign_server_dialog.html Please, note that in an ogr_fdw server's case you don't create explicit user mapping. If needed, it can be given implicitely in datasource connection string.

Not the answer you're looking for? Browse other questions tagged postgis ogr-fdw or ask your own question.