I've tried digging around for an answer to this question, but I've only been able to find answers that are either too broad or too different from my case, so here goes! 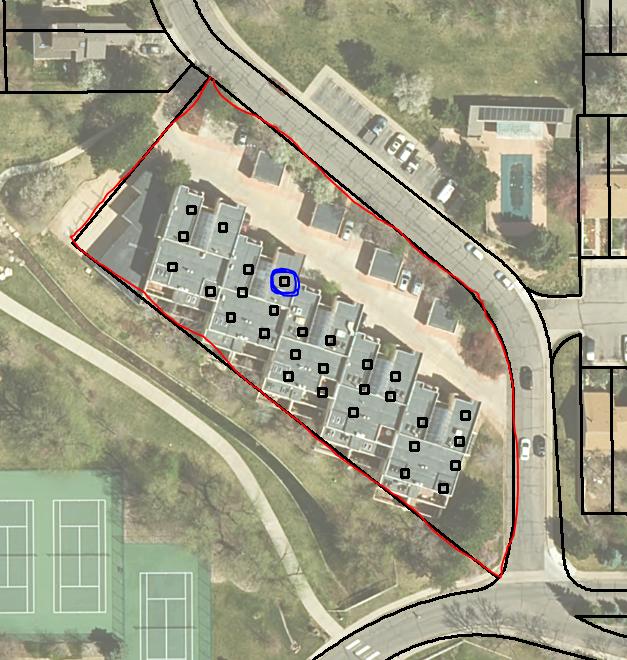 My goal is to create a dictionary where the key of each entry is the smaller parcel's ID# and the value is the container parcel's ID# (basically a relational table of bounded parcels).

I have tried working with the Polygon Neighbors tool, but it's redundant in my case for two reasons: 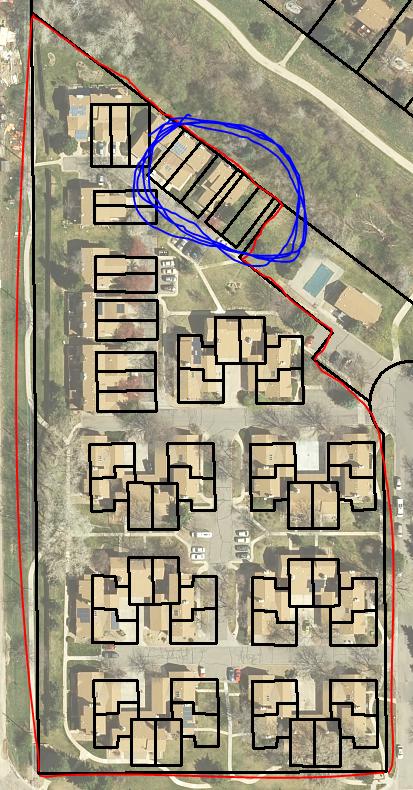 How I think the problem can be solved:

My fundamental idea has been to compare extents between and among parcels. Essentially, I'm thinking that if the bounding box of the smaller parcel is completely within the bounding box of the bigger parcel, I can have my script write those IDs to a dictionary. As far as coding that workflow, it seems that I should make use of two Search Cursors on the same feature class and compare geometries line-by-line.

When I run this, I get no errors, but the "parcelDict" dictionary is also empty, so I'm kind of in limbo.

Getting the snippet to work on my small test feature class is entirely different from getting the code to run through 44,000 parcels in a timely manner. Perhaps I'll look at the code for Polygon Neighbors and see if I can't glean something.

I opened a new console and my code from above suddenly started throwing errors (I probably forgot to delete cursors from other attempts at solving this problem), so here's an update on what my code looks like (still not giving errors and still not populating my dictionary...)

Here is the code snippet that finally solved my problem:

The reason this works as opposed to my original code is because the container parcels I am interested in have holes where the smaller parcels are located. The new code now compares geometries rather than using ESRI's extent.within, since those holes throw that test off.

Here is the code snippet that proved most efficient:

It uses one Search Cursor to create a dictionary, and then uses dictionary comprehension to create a subset of parcels that have similar PARCEL_ID values to compare. On my test feature class, the first snippet took 18.4 seconds, while this snippet took 0.4 seconds. I used this snippet on the entire parcel layer and it took 6 minutes to process all 44,000 parcels.

I am assuming that all parcels are within the same feature class.

To solve this I would:

Not the answer you're looking for? Browse other questions tagged arcpy cursor parcel dictionary or ask your own question.

0
Identifying feature OID from Geometry object using ArcPy?
3
Using Select By Location to update field in feature class using ArcPy?
1
Using a dictionary along with geoprocessing tools?
2
Using two Search and Update cursor pairs on the same feature class
0
Over calculation of area- How do I calculate correct acreage when there are stacked parcels?
0
da.InsertCursor not adding correct point
0
Iteratively Filling a Dictionary and Updating a Feature Class
1
Summing Values for Each Item in a Dictionary
1
Comparing a polygon layer within the boundary of a polygon