I am experiencing a strange behavior when symbolizing a point layer using any kind of Feature Blending.

I am currently using QGIS 2.18.16 but I have seen this in previous versions (edit: tried now in QGIS 3.0.0 and the problem is still there). What happens is when some points are in the same exact coordinate, the feature blending shows the bounding box of the circle representing the point. 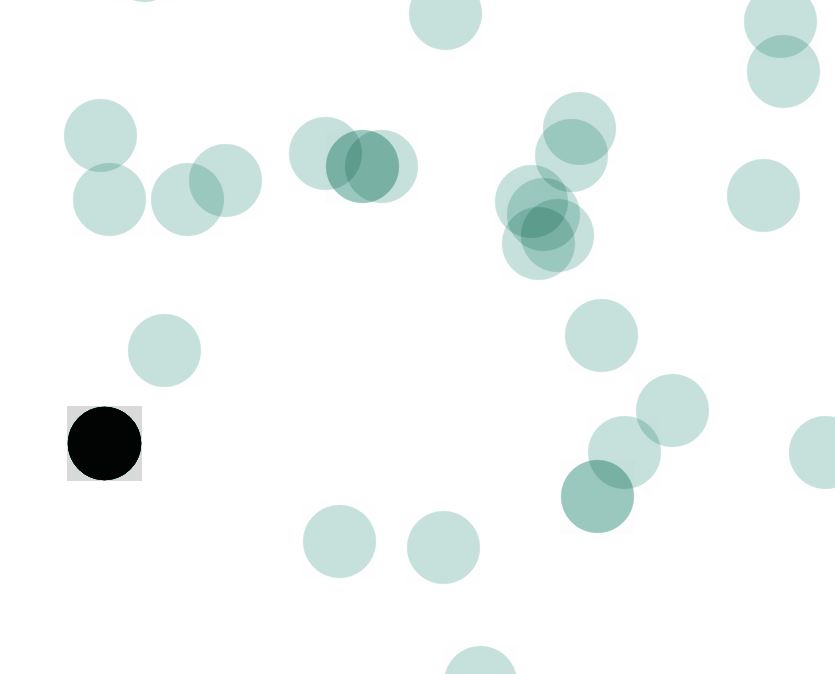 Is there any way to avoid this? Has anyone detected this behavior? I guess this is a general bug but maybe is something related to our video card.

Edit: Stranger things even stranger. If I set all symbol colors to transparent, I can get a map of just the bounding boxes of the overlapping points. 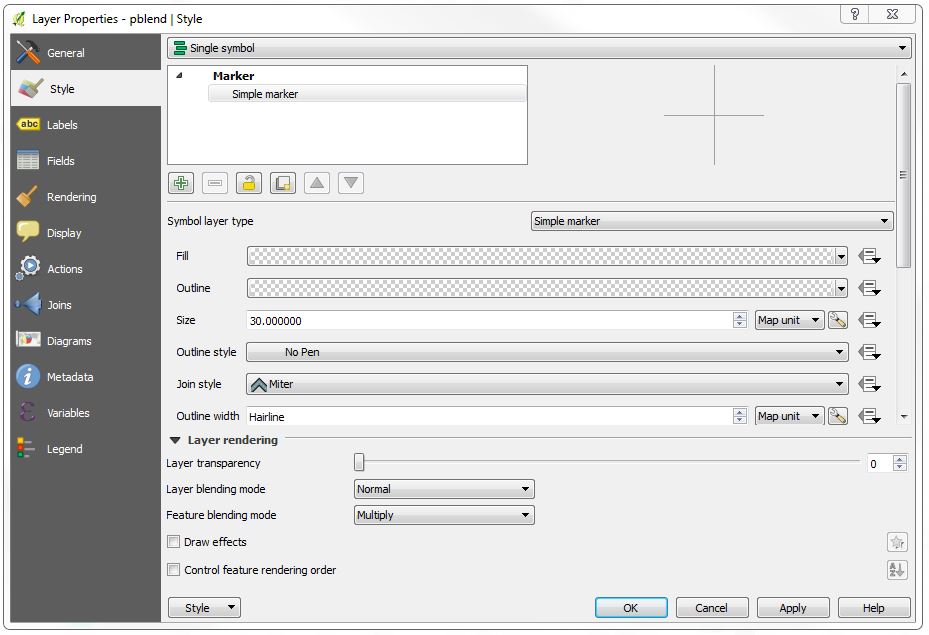 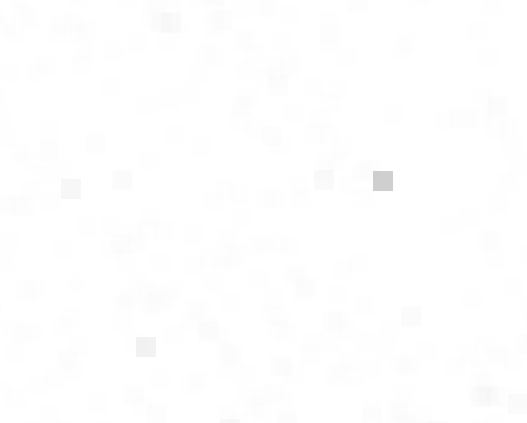 Taking a closer look at the screen, the bounding box appears always but you can notice it better when the points overlap since it is almost transparent.

The composer manager has a different behavior. It doesn't show the bounding boxes and when exporting the map the bounding box is not there. We have tried this in three computers and the result is the same.

as discussed in the comments and just adding it for compilation:

Another hack might be to use ellipse markers with the same value for symbol height and symbol width, which consequently create a circle and thus might be more performant than using a geometry generator for large point clouds.

Well, there is a workaround using the geometry generator.

When representing a buffer of the point layer (buffer( $geometry,15)) instead of a simple marker, the bounding box shadow doesn't appear. 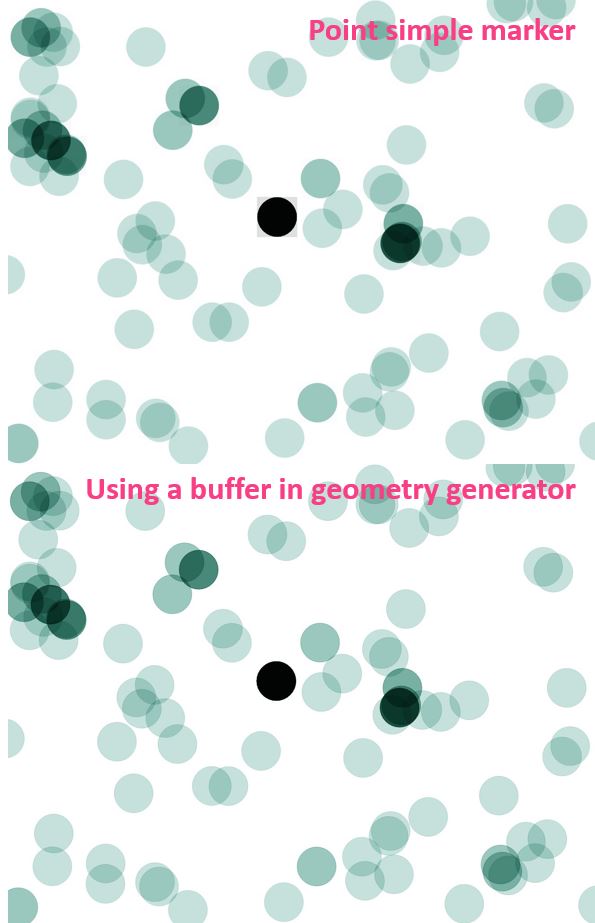 Still, it is a strange behavior and for the comments it seems not universal at all..

14
Nearest Neighbor Grouped Selection in QGIS
5
GPS problem in QGIS
1
QGIS+PostGIS set atlas extents to include atlas feature and point
2
"Move feature" for points, manually moving a set of points with the mouse in QGIS