When using NED & ECEF as CRS:

Am I should worry from getting 'classical' projection issues?

For example when x,y are too far away from lat0, lon0?

And if so, is Tissot's Indicatrix can help?

[The question asked about NED and ECEF, and their "distortions". While the question is "flawed", the confusion is real, and it deserves an attempt at clarifying it for the person who posted the question. The omission of (explaning) ECEF is intended.]

Another name for MATLAB's NED is the topocentric coordinate system. Going from (geodetic) lat/long/height to topocentric NED (or NEU) is a coordinate conversion process. It is not a projection, hence there is no distortion. Please see the photo (from IOGP's Geomatics Guidance Note Num 7, Part 2). 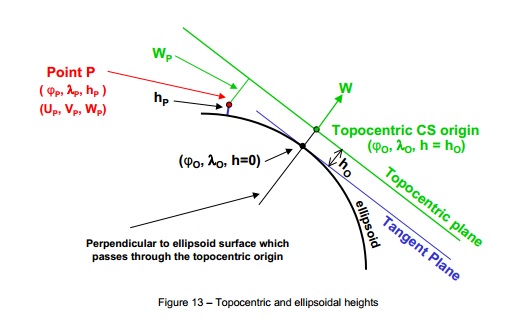 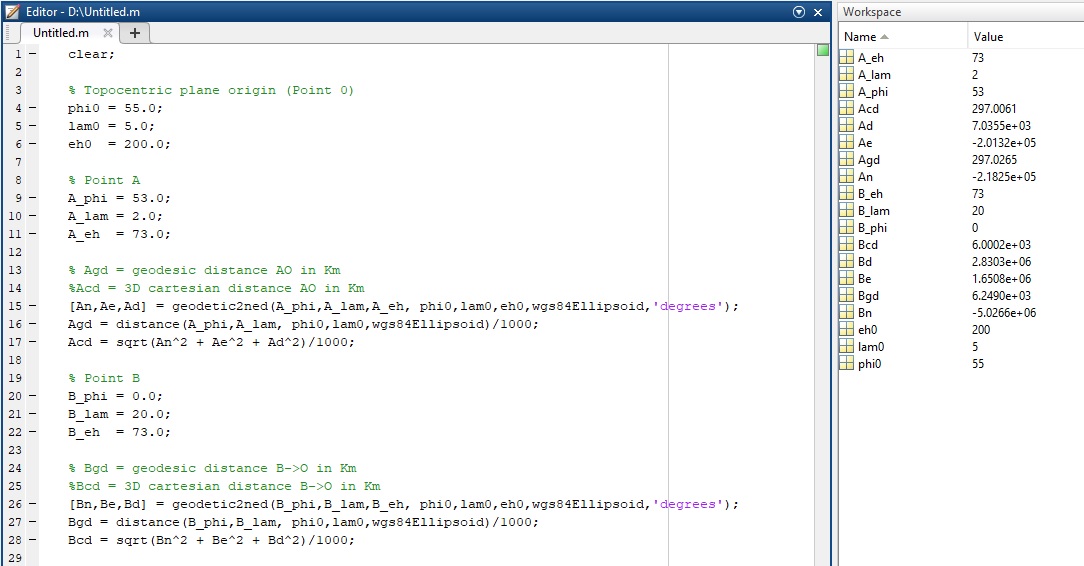 Not the answer you're looking for? Browse other questions tagged coordinate-system coordinates linear-referencing ned ecef or ask your own question.

1
Problem changing CRS to enable clip function
1
Why does my gpx layer go to the wrong spot even if they have the same CRS?
2
Gdal doesn't recognise ArcMap 10.1 EPSG:3857
1
Conversion differences going from EPSG:4326 to EPSG:26710?
3
Projecting a dxf on QGIS
1
Local Cartesian (NED) to Geodetic (Lat,Lon,Alt) Conversion - Max Distance from Reference Point
0
Units for LLA to ECEF conversion
0
Changing Leaflet Base CRS using Proj4js
1
Local ENU point of interest to ECEF