I have a polyline feature of a pre-existing bus route (let's call it "Route A"). I want to extend the polyline of Route A, using a basemap as reference. I don't want to totally freehand it, my first preference is for an at least semi-programmatic method (the existing polyline features are sourced from GIS shapefiles). Maybe a picture would make more sense: 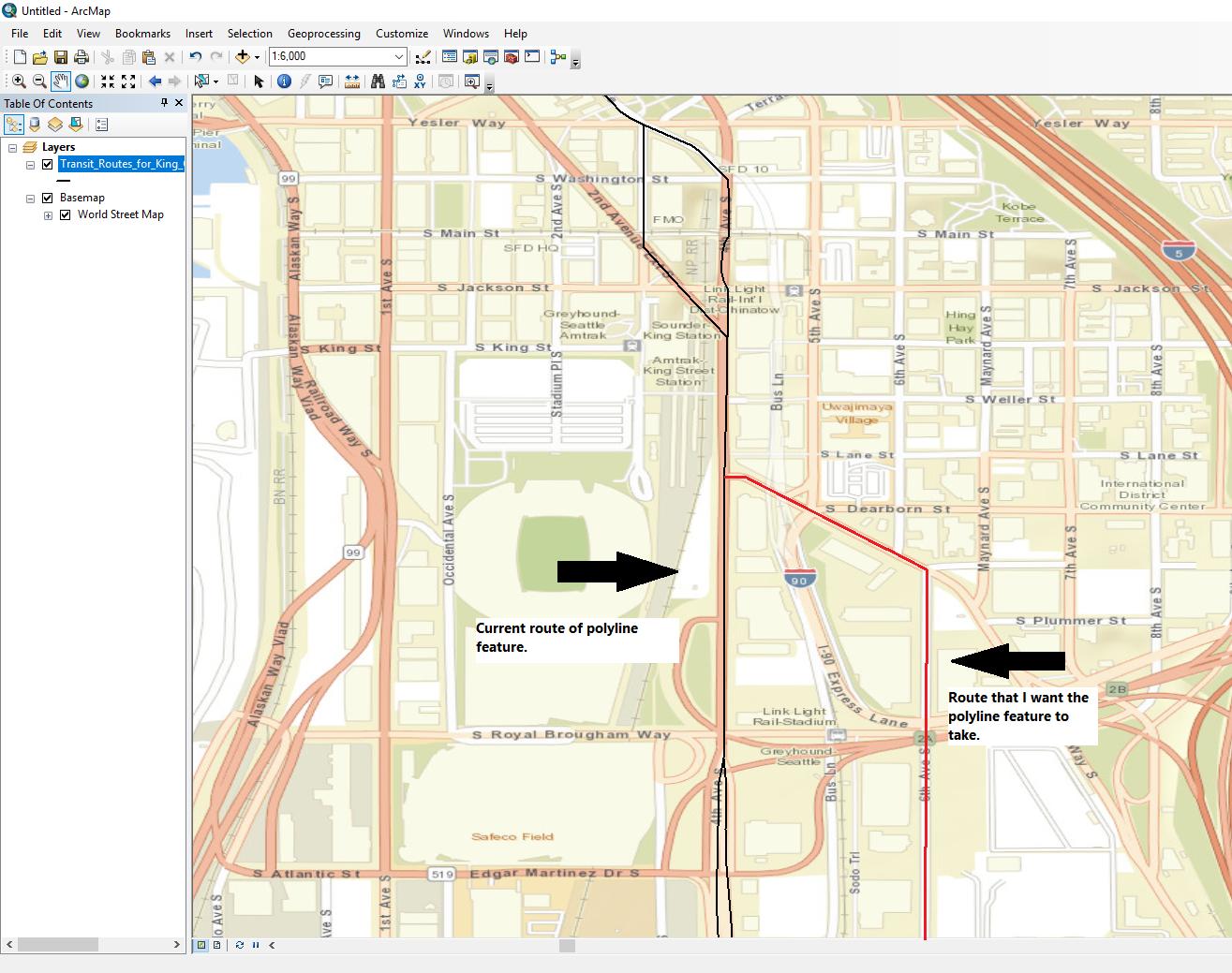 If you're confused, here's a picture:

I tried rasterizing the features, but that splits them into hundreds of constituent polylines, whereas I want each feature to stay as one contiguous polyline.

To do this I think you should look at Reshaping a line:

The Reshape Feature tool lets you reshape a line by constructing a sketch over a selected feature. The feature takes the shape of the sketch from the first place the sketch intersects the feature to the last.

When you reshape a line, the line takes the shape of the sketch you draw.

You would use the basemap to guide you as to where new vertices should be placed.

Not the answer you're looking for? Browse other questions tagged arcgis-desktop line polyline-creation or ask your own question.