I tried to manually set different scales for different features in atlas generation (QGIS 2.18.16). Thus, I had to switch off map - "controlled via atlas".

The resulting scales were fine, however the shapefiles were not centered anymore, but partly off the map. Any idea how to fix this?

As a workaround I now use the project-wide scales, but they are far from ideal. In the preview I could edit the scale, but it is apparently not saved.

Use "Data defined settings" to control the scale of each map.

If you want each map in an atlas to be centered on the atlas feature, you must leave on the option "controlled via atlas."

Step 1: Add an attribute to the atlas-controlling layer called "scale."

Step 2: Use the new scale field to control the scale of the map in the atlas.

There's a workaround for this, but it can be laborious if you have a lot of features in your atlas.

By way of example, here are 4 extent layers I created around Wisconsin Congressional Districts: 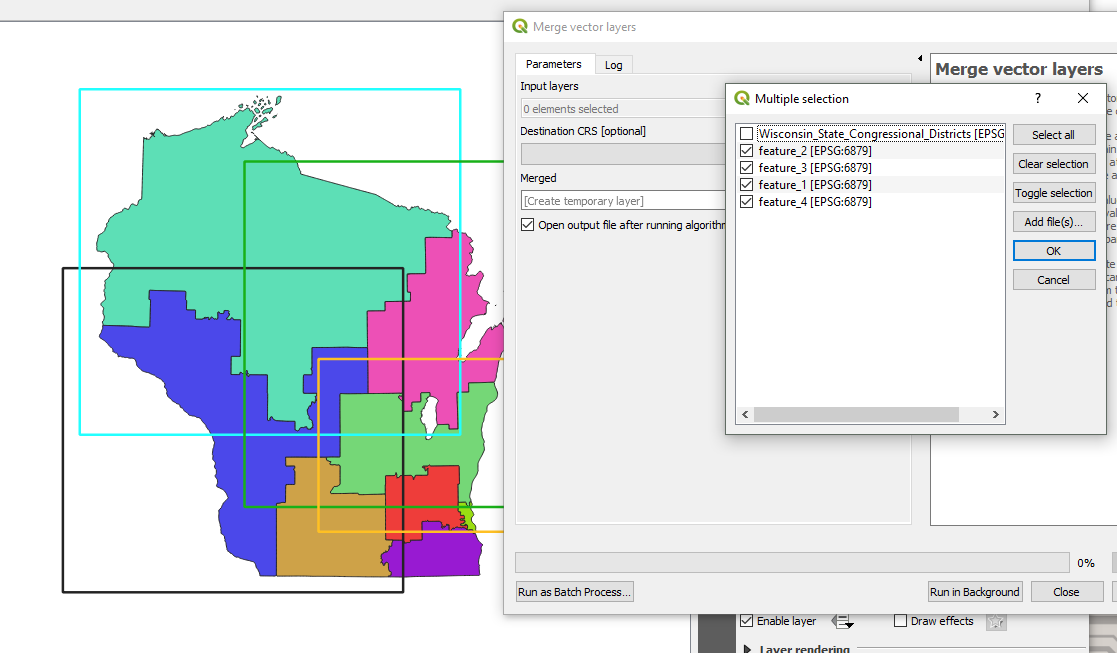 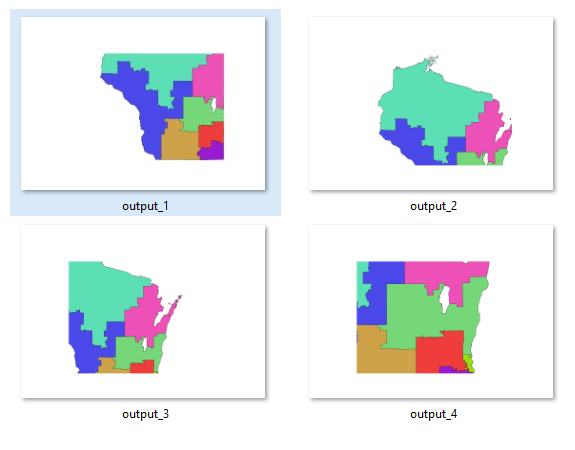 It is possible, not to mention faster, to simply create polygons in a single layer to begin with, and use those as your coverage layer, but I find that by using the extent-to-polygon feature creates a more consistent, predictable end product.

Also, this creates the problem that your coverage layer no longer holds data relating to the focus of each atlas page, so atlas variables become less useful.

It's a separate issue from your question, but if you cut your extent polygons carefully, you can run a spatial join with the predicate contains to bring your feature attributes into the coverage layer, and you can use the atlas features to make a great end product.

Not the answer you're looking for? Browse other questions tagged qgis scale atlas or ask your own question.

9
How to create an Atlas based on point attributes?
2
Creating atlas along line/route in QGIS?
1
Atlas Generation output from QGIS is returning empty files
5
QGIS Atlas Scale Bar in Miles with Round Numbers
1
Extra conditions in composer controlled by atlas
3
QGIS “Controlled by atlas/Fixed scale” makes random scale for features
3
QGIS Atlas generation - 2 panels with different sections both Atlas generated
1
QGIS atlas export as image with different page sizes / same dpi
1
Grid lines and text together with Atlas. Problems with some scales for each map