Preventing text labels from overlapping other markers in QGIS?

Is there a way within QGIS to prevent text labels from overlapping icons used to label a point layer?

In the example map shown below, there are two layers:

I have other use cases for this such as preventing overlapping of rail station icons. In this example, I could simply move the point, however, in other cases, such as a subway station, that is not a workable solution.

A possible solution which I am considering would involve:

Is this the way to go or is there a better method? 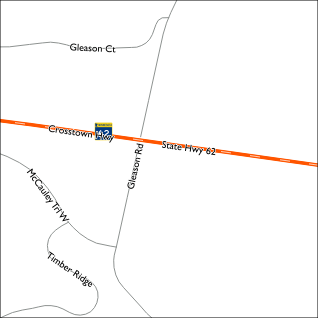 QGIS info: I am using versions 1.7.4 and a recently compiled version of 1.8 on Mac OS 10.7.4. Linux and Windows versions are also available to me.

Progress Update: The method I described above works though two modifications to the process are required.

Depending on the size of the icon used, some experimentation may be required to get things to work as expected. Depending on the circumstance, it may be easier to use multiple characters rather than attempting to increase the font weight and/or size. 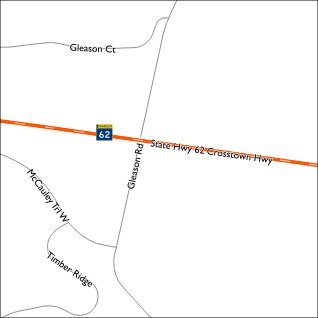 qgis labeling
Share
Improve this question
edited May 3 '17 at 6:39

The best consistent solution I have so far is along the lines of what I have laid out above. Assuming a SHP file is used, the steps are:

I know this is old but you could add an "X Coordinate" and "Y Coordinate" (double precision) column to the table that holds that information and then go to the "Data Defined Settings" tab under Labels in the layer properties and change X coordinate and Y coordinate accordingly. Once you do that you can move the label by freehand using the move label button.

I just posted another answer to a similar problem. The approach uses svg symbols instead of layers and makes use of data defined override to set the path to a distinct svg symbol for each attribute value, cp. my answer to Symbols above labels in map QGIS

You could experiment with the offset of the label.

I find that allows label positioning to be more dynamic, if I set it to 2 mm or so.

10
Symbols above labels in map QGIS
2
How to Avoid that Label Covers Icon?
1
Regrouping concat labels with overlapping intersecting geometries in QGIS