Why do some shapefiles (e.g., state-level in US) have different default “zoom levels” to others?

Why is it that this shapefile of Washington state, when loaded into QGIS or via D3, appears large and zoomed in, like below:

Meanwhile, others, such as this Zillow neighborhoods shapefile ( also for Washington state), when loaded, looks thus:

While the first shapefile was loaded at the correct, state scale, the second, neighbourhoods file was loaded at an incorrect scale — a national one. For reference, here's what it looks like at the appropriate scale: 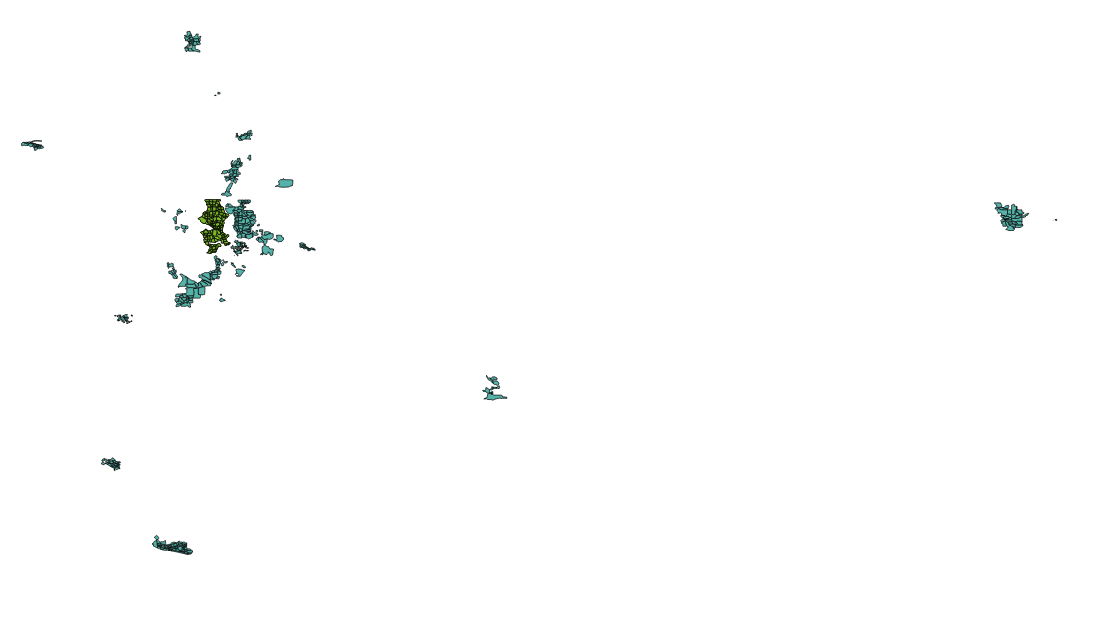 Is there any way to control this behaviour? Can I ensure that the Zillow shapefile of Washington state's neighborhoods loads at a larger, more zoomed in scale?

edit: this happens with geojson and topojson too.

Because in that dataset there is one feature that is very far from the other ones.