Modelbuilder iterator only puts out the last input?

I need to use an iterator in a model process. My problem is that I always only have one output instead of three. There are three Polygons e to run. The output always only contains the last Polygon one and I have no clue why. I did name the output xy* Value * so that cannot be the problem.

I'm gonna explain it a bit more detailed. I've seen the other question with exactly the same title but I couldnt find an answer there.

I need do build a cost distance model which is based on a shp with 3 startpoints as input fpr cost distance tool and 3 shp with each containing an goal point as input for the cost path tool. I want to use an iterator so that it can run all three points with one run. The model should also be with variables so that it can be used for many regions. This is how it looks like with variables:

The names are written in German but I guess you can understand it. It works perfectly exept of the fact that it only puts out the last cost path. So the iterator works and runs each path correctly but only saves the last one. I did name the output with %Value% (thats what I meant yesterday with Value.. I was just a bit too tired to realise that I didnt wright it correctly..). So that cannot be the reason why it doesnt save the first two outputs.

I've also tried to run it with given inputs without variables but that didnt make it any better:

I also already tried collect value but that didnt change anything.

I really hope you guys have an idea.

Another problem is that I dont understand how I have to use an iterator with variables. Because the output name is meant to be empty. That means I cannot write %Value%.

You still can get all of the outputs by using this type of iteration. 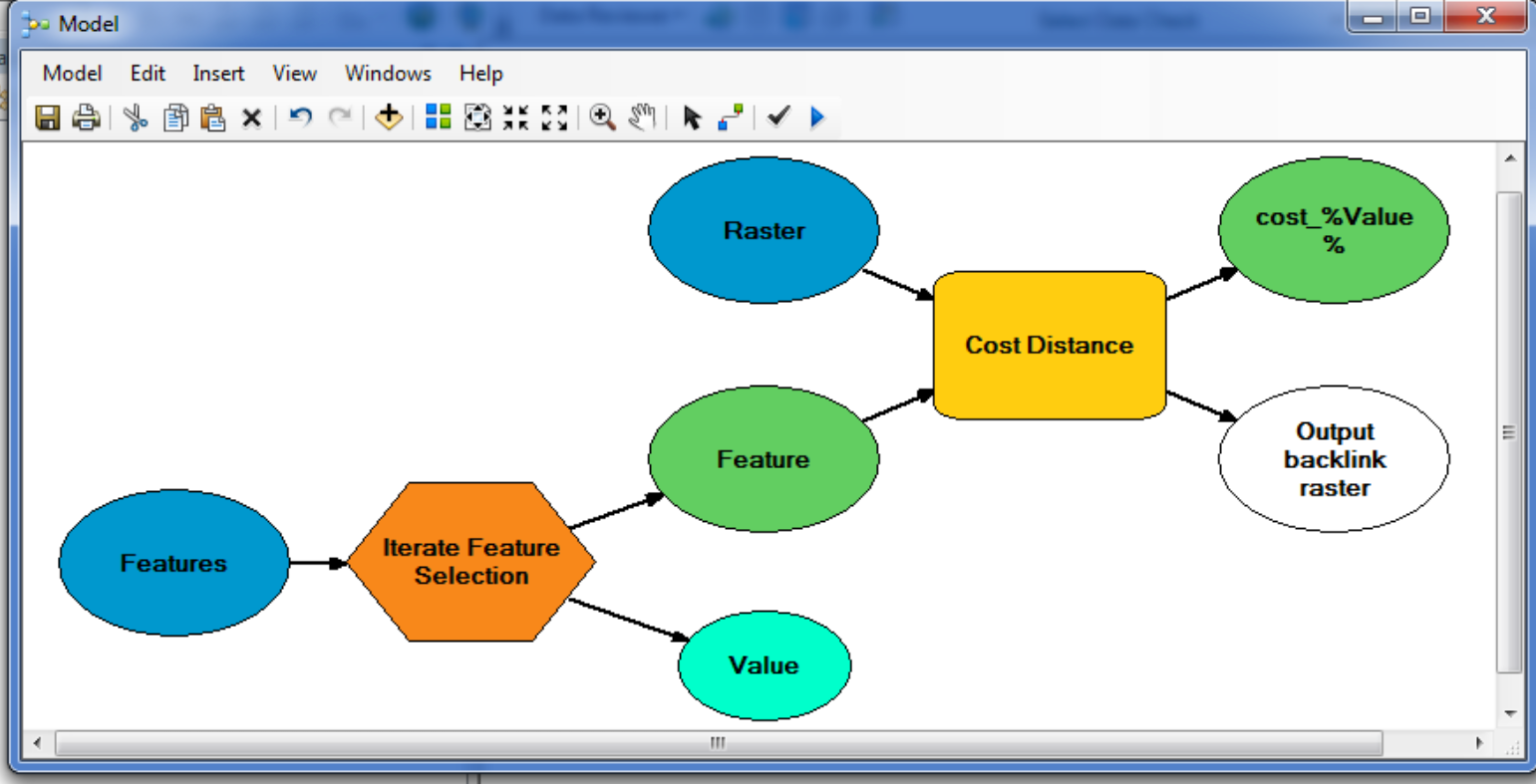 And in this case, you have to group your iteration by (e.g polygon name field) or any other field. 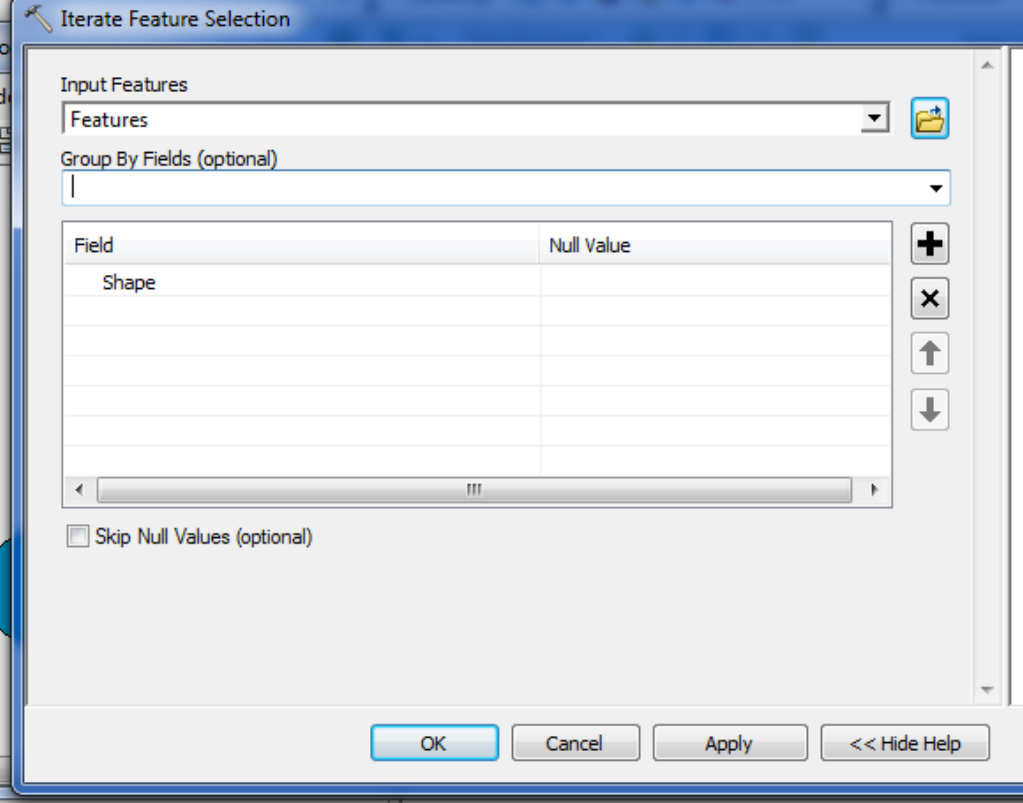 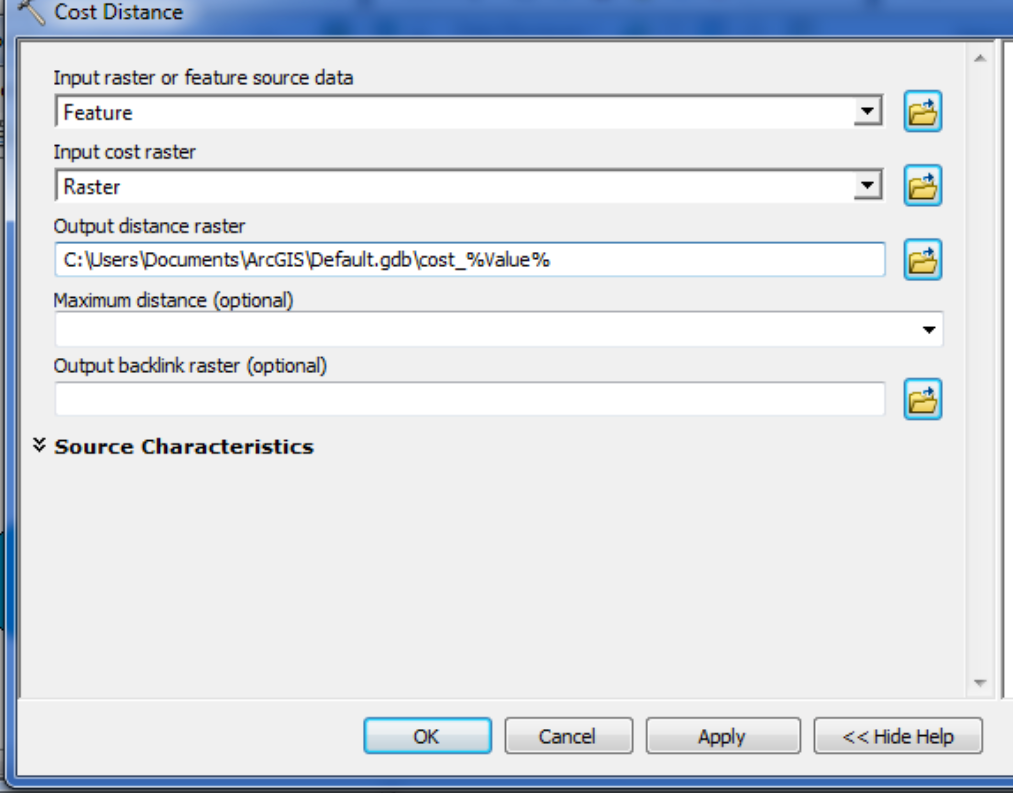 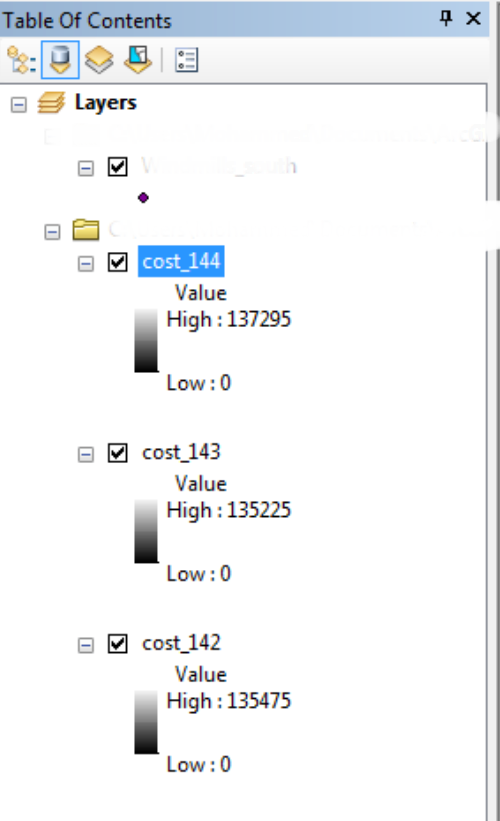 Also another use of (Iterature feature selection), which it gives you the value as iteration output (e.g ID of your polygons), So these outputs values can be used for other options such as the cost distance (e.g max distance) and in this case, you will have all the outputs for all the values by defining (max distance = value) and the name (e.g shape_%Value%)

Helpful link for the different types of iteration

Not the answer you're looking for? Browse other questions tagged arcgis-desktop modelbuilder iterator or ask your own question.