I am currently trying to use the OS MasterMap topography layer in QGIS, however having some issues achieving the correct styling in particular for the Cartographic Text. I was using different software previously (Trimble FastMap)for the import of GPS data and the creation of the final map which has worked fine, however I am switching to to QGIS as FastMap is no longer supported.

The problem I am having is that when importing the Cartographic Text in QGIS - either as a raw .gz file or a shapefile (converted from .gml) – the text is displayed at a constant angle and not as shown below (which is an image from FastMap) whereby the road names, for example, are displayed in the middle of the road.

However, in QGIS the text is displayed at the same angle and it often overlaps different land classes (below). Also, the other stylesheets don’t seem to work i.e. the layer disappears once the stylesheet has been applied - I have unchecked scale dependent visibility (downloaded from here https://github.com/OrdnanceSurvey/OSMM-Topography-Layer-stylesheets/tree/master/Schema%20version%207). 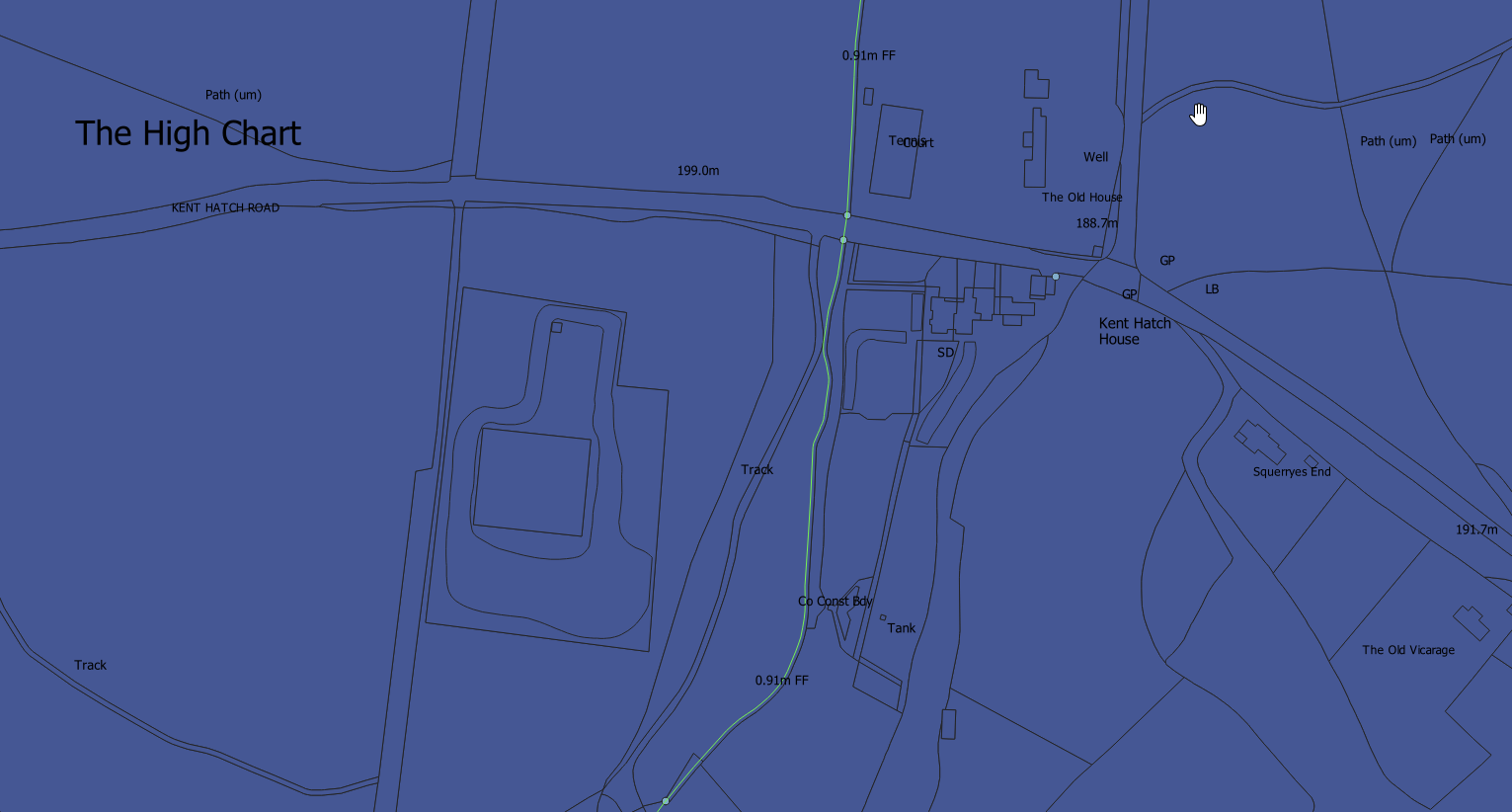 What is causing this, or is this the only way QGIS displays OS Data?

The cartographic text has 3 attributes:

I have converted Mastermap to Mapsforge format - but coded it myself!

Not the answer you're looking for? Browse other questions tagged qgis style ordnance-survey os-mastermap or ask your own question.

3
How to get a QGIS useable style file from OS .xml and .xsl files?
4
QGIS Plugin installed but reported as invalid
1
Rotation of text in QGIS?
1
OS MasterMap Topography Layer in QGIS
1
Applying OS Mastermap symbology in QGIS?
1
Ordnance Survey MasterMap Symbols not appearing properly styled on QGIS
3
How to import a KMZ file and load data into correct columns in QGIS