Creating routes for each feature within feature class in ModelBuilder without coordinate priority? 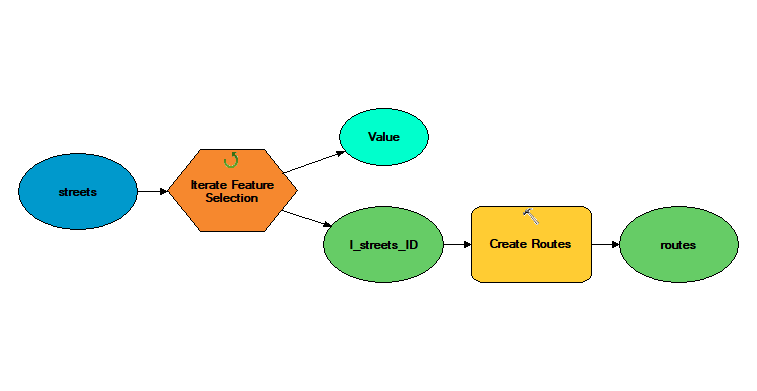 I´m trying to create a simple model which would select each feature from a FC (streets polylines with vertexes and edges) and transform each of them into a route using the “Create Routes” tool (see the model).

In this model I don´t want to prefer any of the 4 coordinate priorities (should be optional) but if I left this parameter free this error appears:

Next problem is that after running the model I just got a route for the last attribute resp. a FC with only 1 item. I know I´m doing anything wrong with the iteration variable but don´t know what.

How can I transform each feature without any coordinate priority?

How can I change the model to get all of the features and not only the last one?

I will need the routes for other calculations.

From @User2009 I now understand the manipulation with the value variable so I can generate all of the features (each is represented in 1 FC). But I still don´t know how can I create the routes for each feature so the coordinate priority will be ignored. As you said the only possibility to skip the coordinate priority is the select “To fields” as the measure field. In the ArcGIS tutorial they´re using BEGMP1 or ENDMP1 as the “From-Measure-Field” or “To-Measure-Field”. I suggest this is the starting and the endpoint of each feature but I have no idea how to create those points which will be represented then in just 2 fields. Of course I can add the geometries (X and Y-coord. of the starting and endpoints of each feature) but now I have 4 fields (x_start, y_start; x_end, y_end). I can transform then these geometries into 2 FC (starting points; endpoints) but now I have to FC and not 2 fields in the attribute table… My only idea was editing 2 short integer fields into the attribute table for the street features showing each the FID of the neighbouring feature (0 when the starting point or the end point doesn’t touch any street feature) but of course ArcGIS doesn´t recognize that these are the FID-features (I think there will be a solution for this with some tool from the proximity analysis toolset) but I don´t think this will help for the route creation. Any ideas on how to create only 2 fields in the attribute table representing the starting and end point of each street line feature?

The only way to ignore the coordinate priority, by defining the (Measure source=Two_Fields). But in this case, you should define the from-MeasureField & To-MeasureField, you can define them as (start _field) & (end_field) with 0 values to make routes over the whole length of lines. 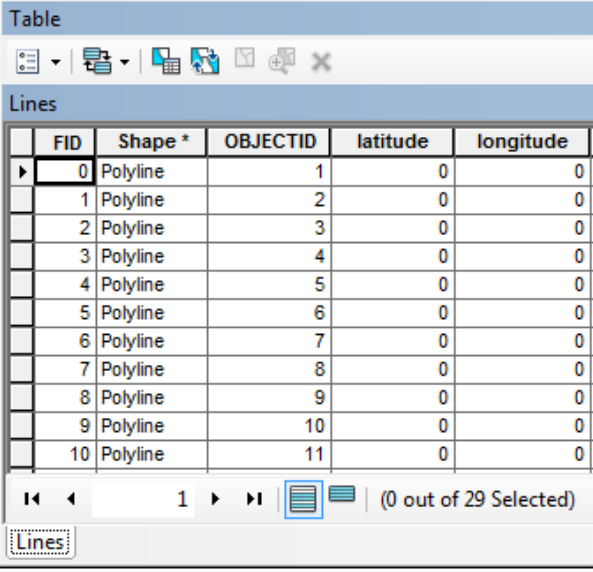 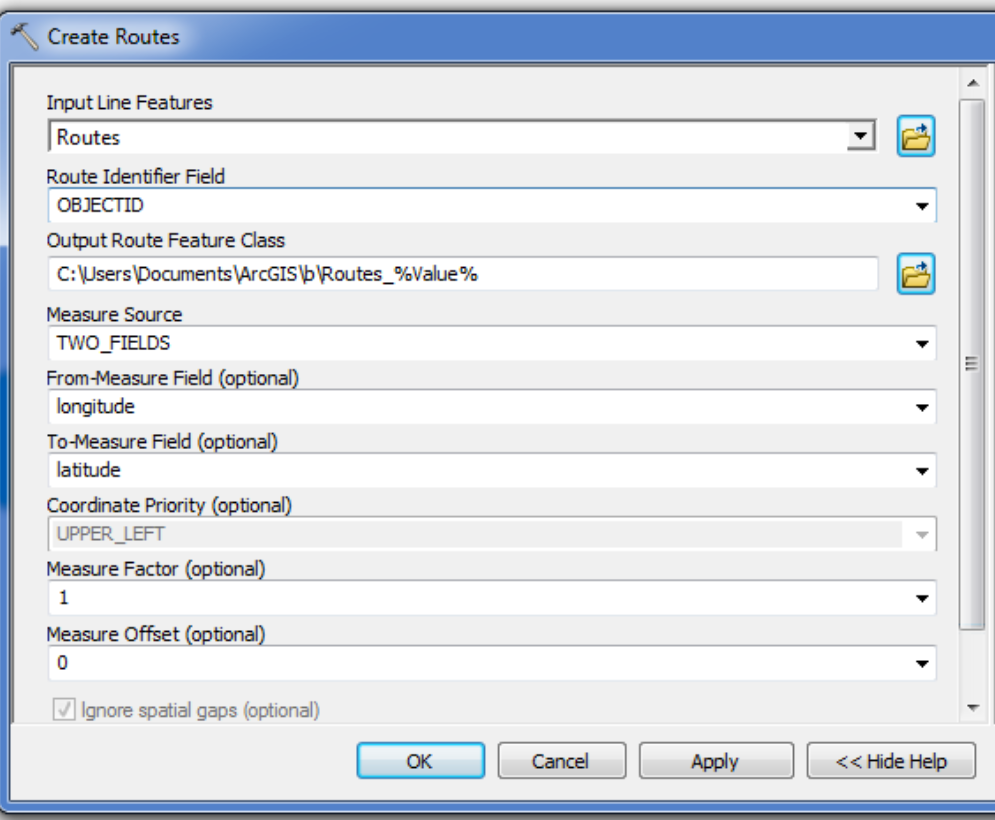 To get all the routes, you have to define the group in your iterator (e.g ID) and you define your output of the create route something like (route_%Value%) and it will works. 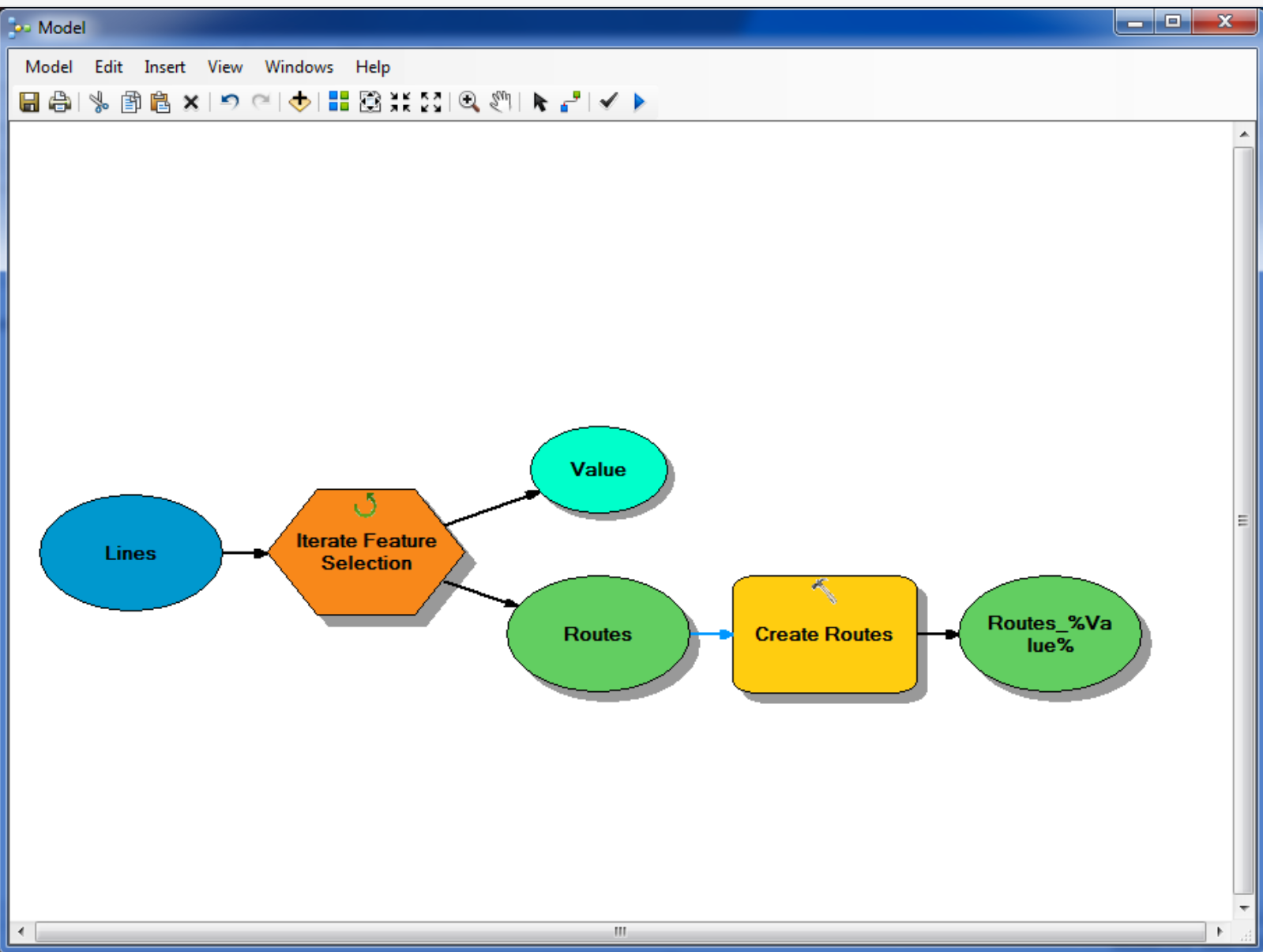 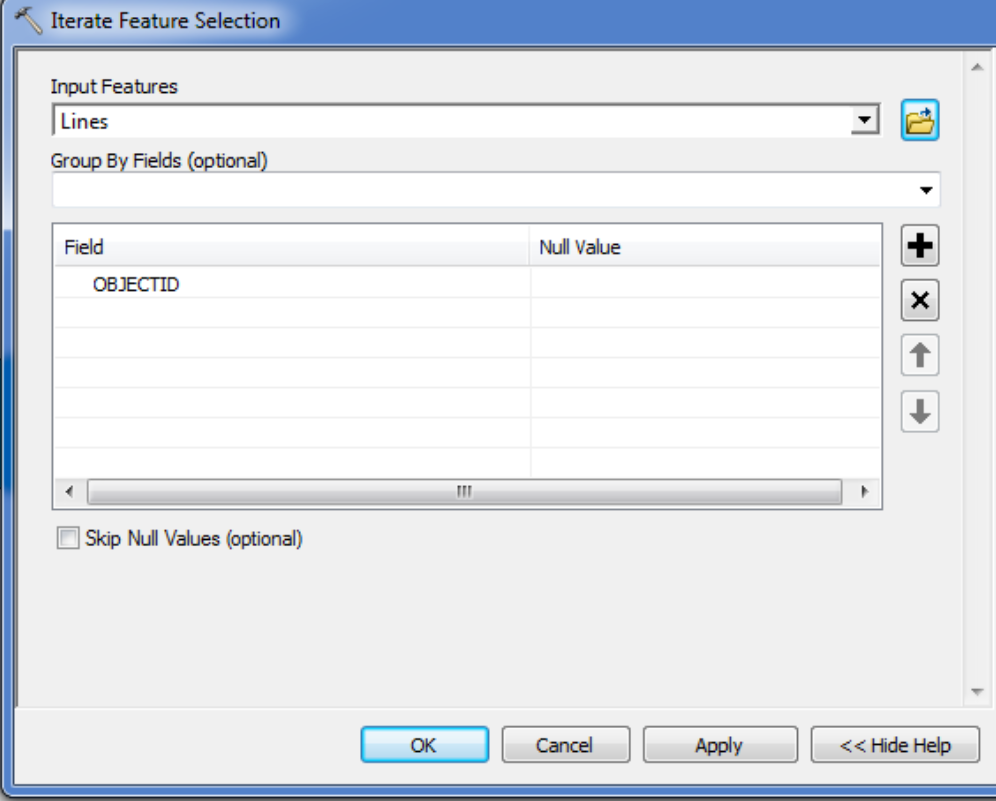 For more info about creating a route, this link is helpful

1
Sort feature class in Modelbuilder and populate new ids
1
Change the starting measure point of a route - linear referencing
1
Copy feature class to feature class in loop and a list of fields in modelbuilder
1
Creating vice versa multipoint feature within ArcGIS for Desktop?
0
Automatically Assign Coordinate Priority in Route Creation
0
Find minimum downstream flow distance from each polygon to any polygon in other feature class