Using Intersect to find where line crosses itself in ArcGIS Desktop?

Can I not generate point features where a line feature intersects itself by using the Intersect tool?

I try using it with just one line input but when I run it I get a warning saying the output generated is empty. There are visible intersections in the GPS data so it should produce some sort of output.

I'm only using a basic license so unfortunately I can't use topology rules to find these intersections.

Now as soon as you hit a problem like this (no tool available at your license level) the first place you should be going is not here but ArcGIS Code Sharing, a place where kind members of the community have uploaded their tools. Suggest you spend some quality time exploring this...

It took almost no effort to find the split line at vertices tool.

Basic dissolve (no multi-parts) achieves it in no time. You can then run intersect with one parameter, to find intersection points after this: 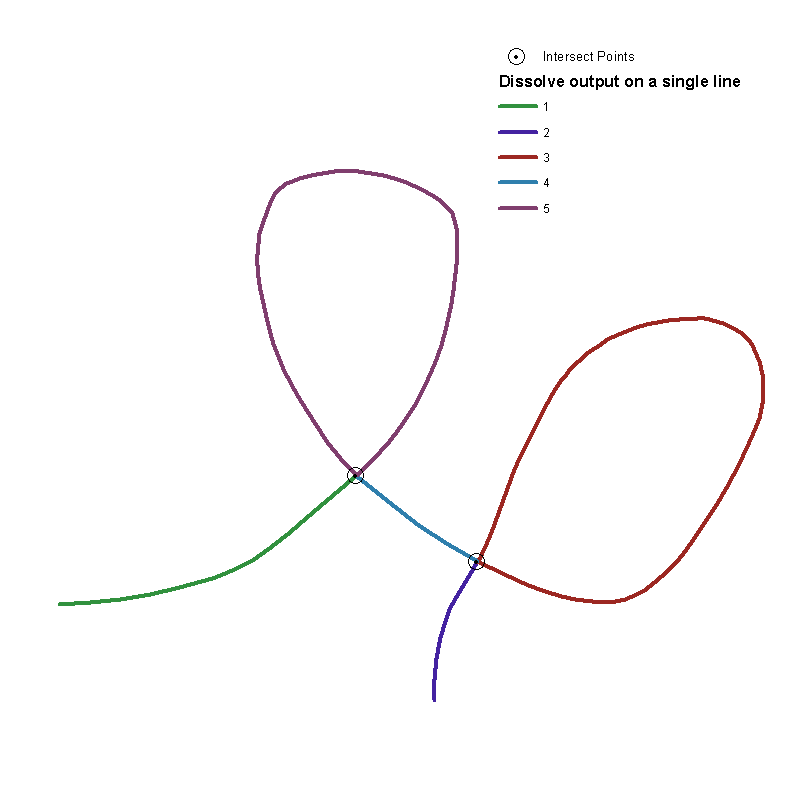 Create a Topology with the target feature class and set rules for a self intersection.

By running the test below I can confirm that attempting to Intersect using a feature class containing one self-intersecting polyline will result in a feature class with 0 features.

If you run the Intersect tool from its tool dialog then you get the following warning: 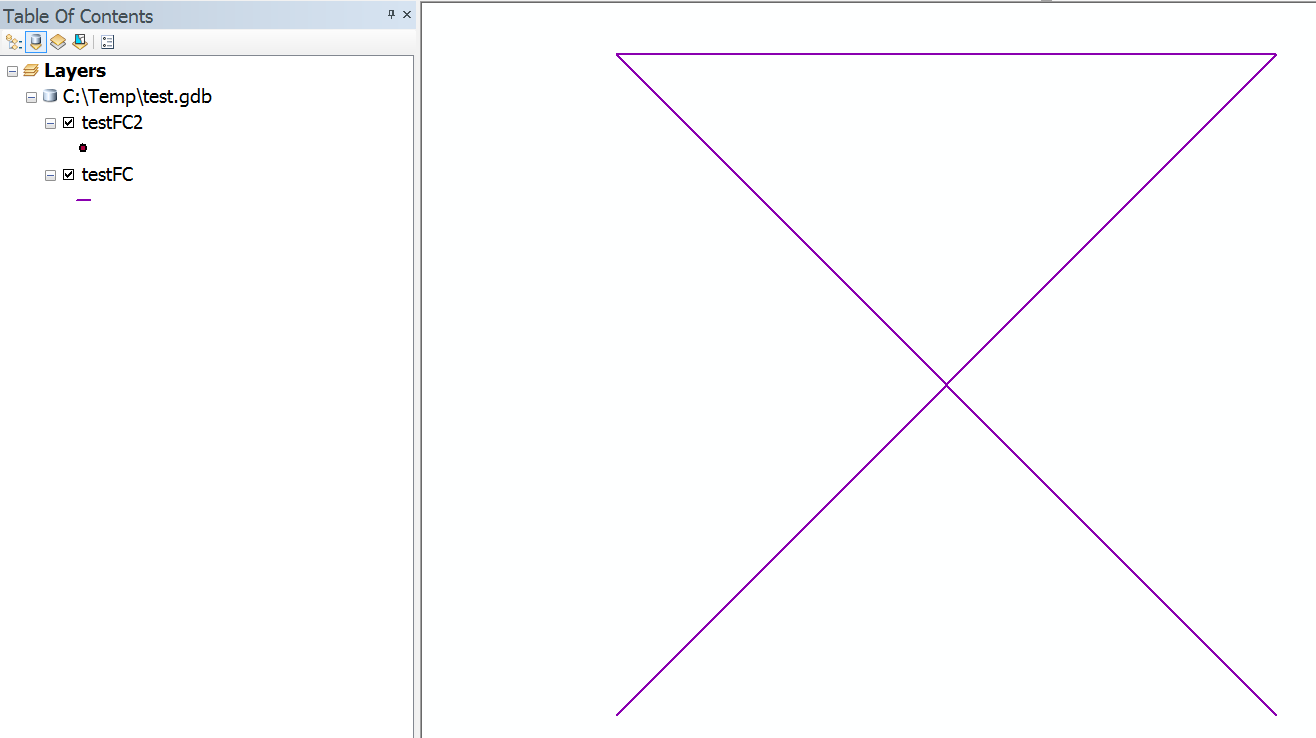 Interestingly, the polyline created above seems to be overlooked by both the Check Geometry and Repair Geometry tools.

That is the correct behavior. Intersection requires that the result be less than the input shape (some part of the shape must NOT intersect). The way to determine the crossing pair of segments is to construct an array of two-point segments from the vertices of the linestring, the[n] use a double-nested loop to search for crossing segments (intersect at other than the endpoints).

Not the answer you're looking for? Browse other questions tagged arcgis-desktop arcmap gps intersect warning-000117 or ask your own question.