Convertion of spectral indices formulas from Landsat to Sentinel

There are many spectral indices in literature. However, the formulas mostly refer to landsat imagery, and thus the corresponding spectral bands.

Question: How can a formula that was originally designed for Landsat be converted into a Sentinel formula?

Problem: Not all Landsat and Sentinel bands seem to correlate well, as Sentinel has a higher number of bands that often also differ in the spread of wavelengths covered. These differences have to have some influence on the results when adjusting the formula from Landsat to Sentinel. I'm especially confused in Landsat8 Band 5, which is covered by Sentinel Band 8 and 8a. Furthermore, Sentinel data has Bands 5,6 and 7, which are not covered in Landsat8 data. Older Indices are missing these spectral bands completely. 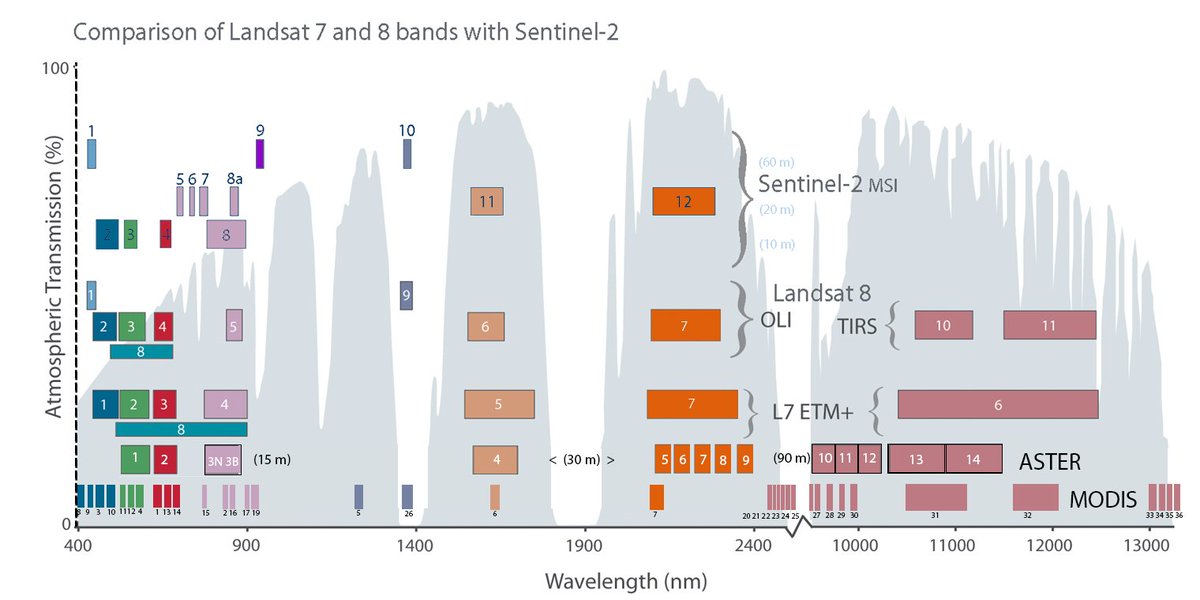 In some bands they also strongly differ reflectance. 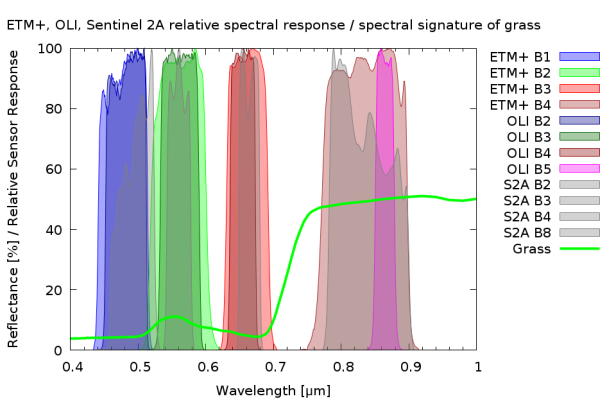 Example: Let's take the Enhanced Built-Up and Bareness Index (EBBI) formula as an example for discussion (As-syakur 2012). Band 4 and 6 are easy to pick (Sentinel 4 and 11, respectively)

Next, the formula states to take the Landsat 5 Band. When converting it to Sentinel, the question arises whether to take Band 8 or Band 8a.

In short, I'd recommend to use Sentinel-2's band 8a as the closest equivalent to Landsat 8's band 5, otherwise the band matching should be straightforward.

The reason for this lies in the spectral sensitivity of the bands, expressed by the spectral response functions of the two sensors. Sentinel-2's band 8a is narrow, and so is Landsat 8's band 5. These bands were designed to avoid a small water vapor absorption feature in the near-infrared region, and thus "break" with tradition of the Landsat TM series to some extent. Overall, the corresponding bands of Sentinel-2 and Landsat 8 seem to agree quite well despite some differences in their spectral response functions. See https://doi.org/10.4236/ars.2017.62011 for more on this, including an empirical comparison.

I'd like to point out that the original paper introducing the EBBI (Abd. Rahman As-syakur, et al.) was using Landsat 7 ETM+ bands, not the ones from Landsat 8! Hence, a conversion to Sentinel 2 is not possible as ETM+ band 6 is TIR (Thermal Infrared) to which there is no counterpart in Sentinel 2 bands.

Not the answer you're looking for? Browse other questions tagged remote-sensing landsat sentinel-2 vegetation-index or ask your own question.