I have a huge problem that I can't solve even after trying everything I can think of.

I am trying to do some analysis of the Lake Chad basin in QGIS (2.16.3). I downloaded Landsat 8 data from Earth Explorer, however I need 4 different satelite images to cover the whole basin. I did atmospheric correction and created a bandstack, the problem that now appears is that I have a "black border" around the single images.

I tried to fix this (as read in another post in here) by going to layer properties -> transparency -> additional no data value = 0 but it didn't work (I also tried raster -> analysis -> near red), so instead I took the single image, and did raster -> miscellaneous -> merge -> and checked "no data value". This worked to remove the black borders, but now when I try to merge the four single images into one, the black borders appear again.

Does anyone know how to fix this?

I've been trying to do this now for days, but I really don't know how to help myself at this point. I will add some images to clarify what I'm talking about. 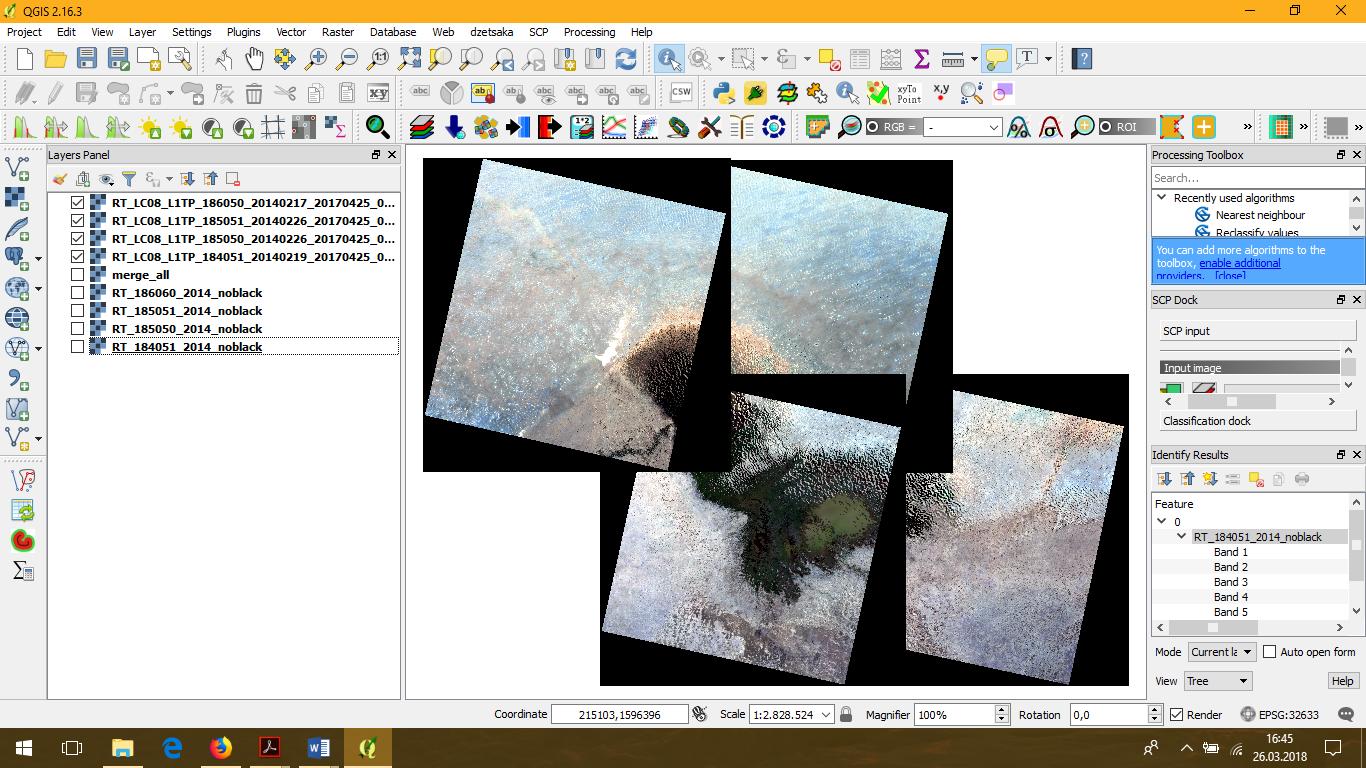 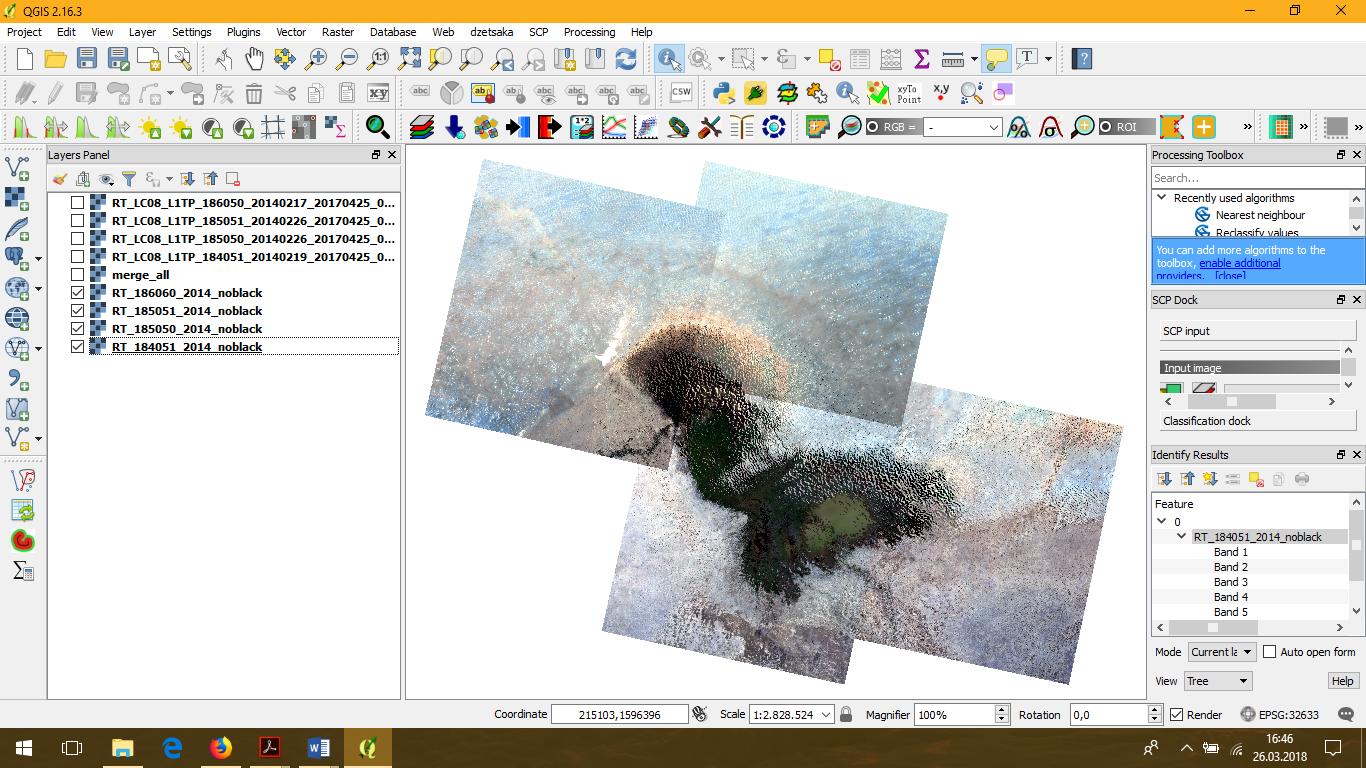 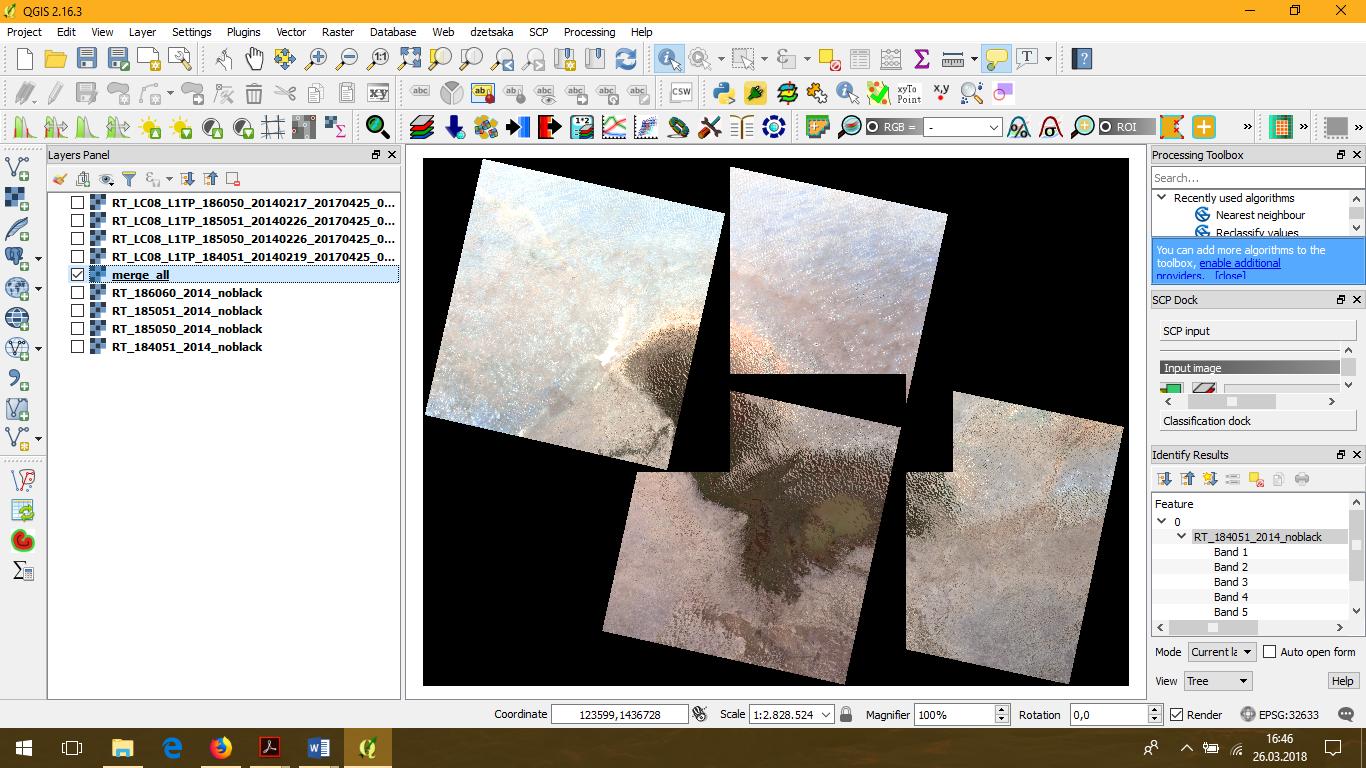 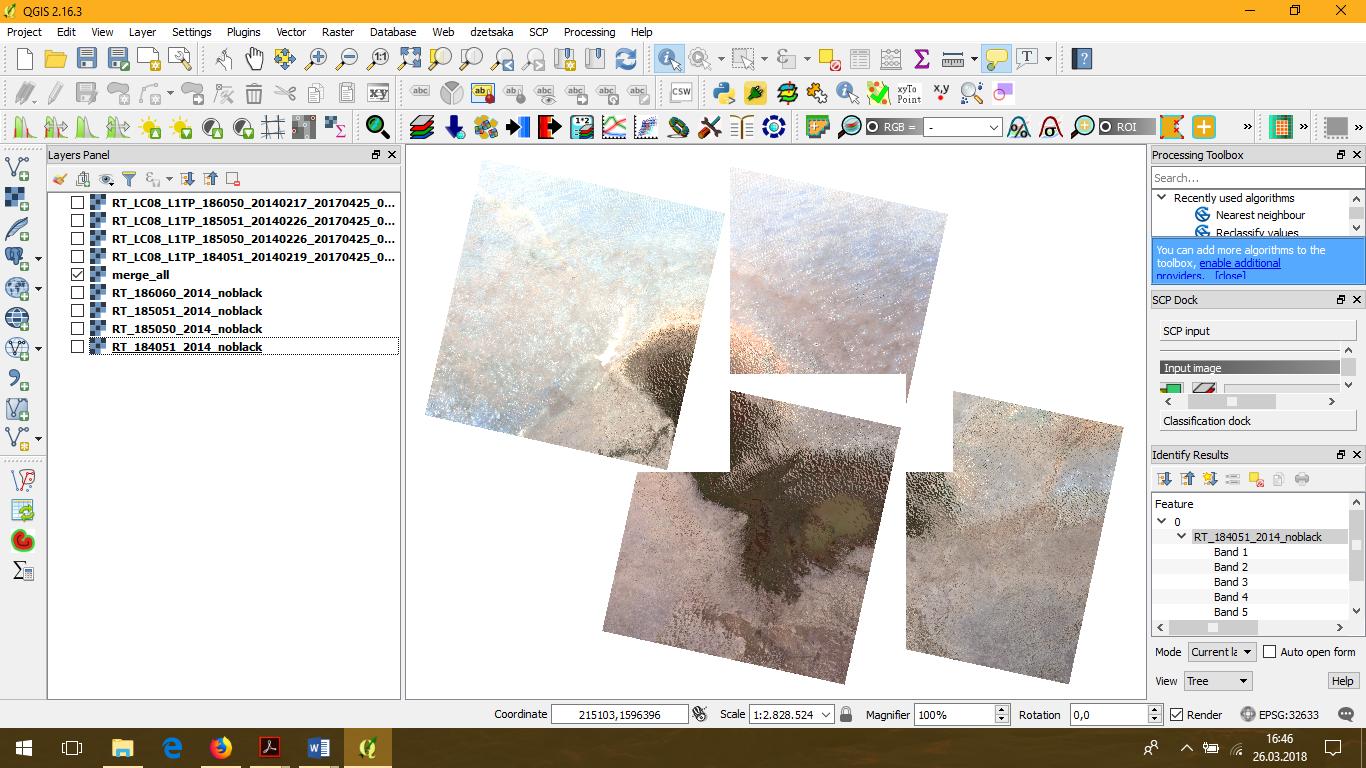 If you are setting the NoData value in the layer properties / transparency, I believe that's just for visualization purposes. Also, it means that your raster data does not have the NoData value set. I can think of two solutions:

The way it worked now for me was: Create a new shapefile (polygon) - toggle editing - add feature (make a square on the satellite image, leaving the black borders out) - safe. Then go to raster - extraction - clipper, put original raster that I wanted to clip as input, new shapefile as output - run this. In the clipped image, set no additional data value to 0; then when running the misc - merge of the four images (again, setting no data value to 0 in the merge window) and then it worked!! Also, I tried to use r.null but somehow always got an error message. Anyways, now it worked for me.

Not the answer you're looking for? Browse other questions tagged qgis merge landsat-8 or ask your own question.

15
Seting 0 values in GeoTIFF to nodata using GDAL?
1
How do I merge a clipped raster on top of another raster is QGIS?