I am not sure if this is a shapely bug or a problem with my polygons.

I have a bunch of polygons that look like this: 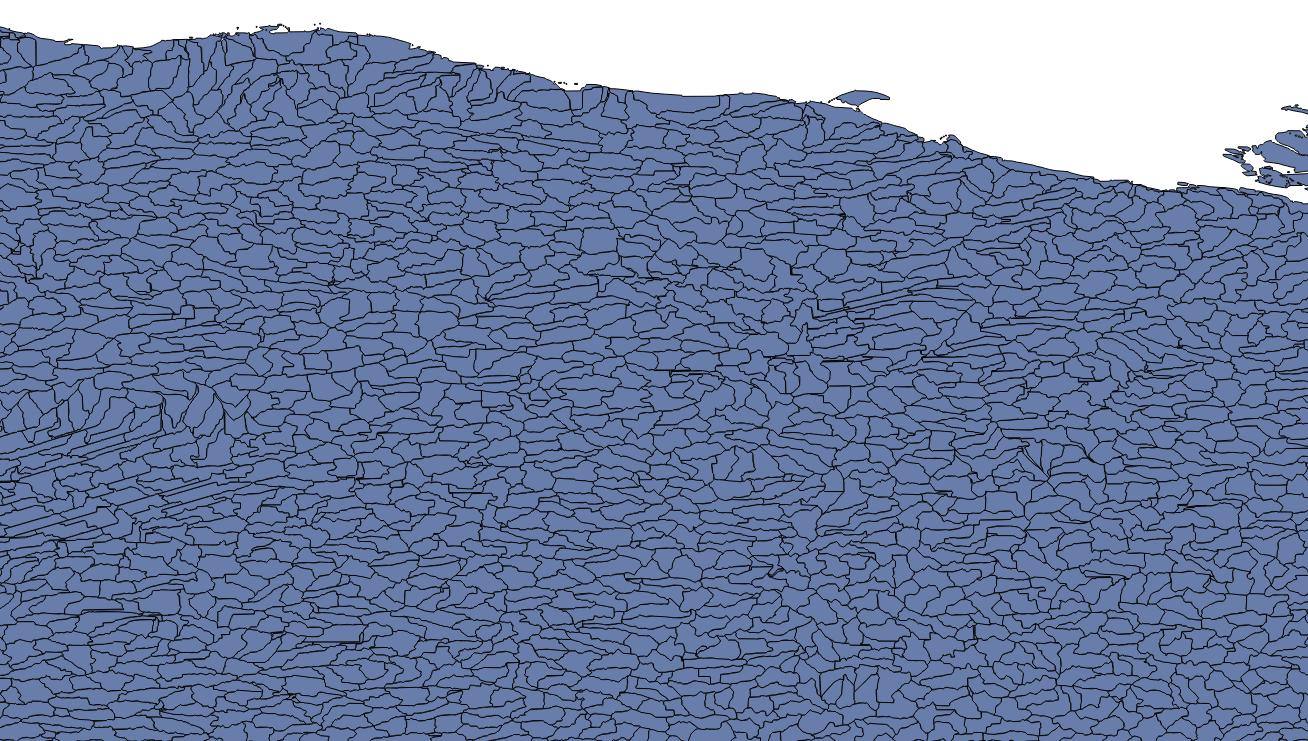 They are level-12 watersheds provided by HydroBasins, and are presumably non-overlapping.

I do some analysis to select a group of these polygons based on their basin ID, then join that group together to make a single, large polygon:

I have done this in four other areas without problem. However, for this polygon, I find that it actually has tiny holes, but in unusual locations: 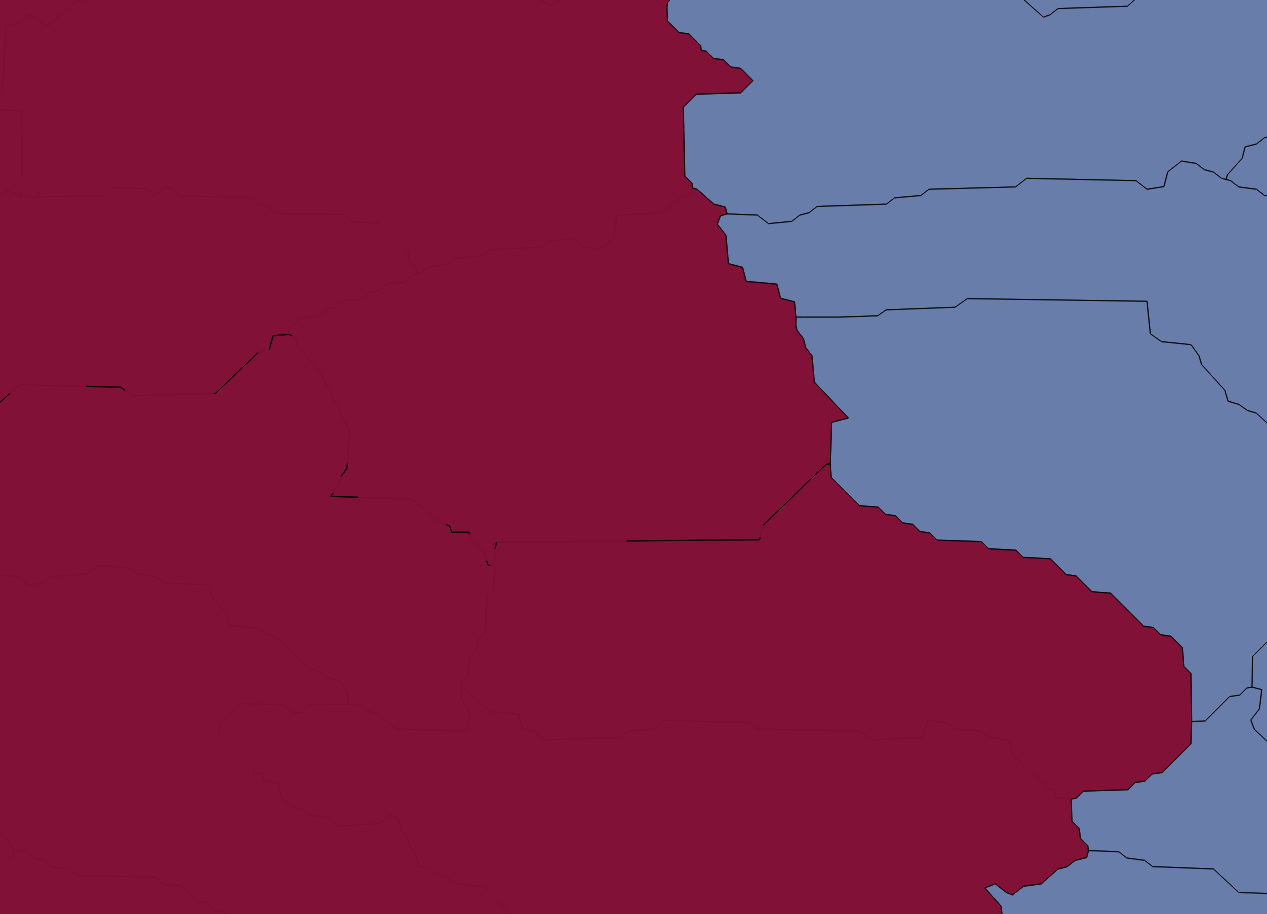 In this view, the yellow lines represent the border of the large polygon: 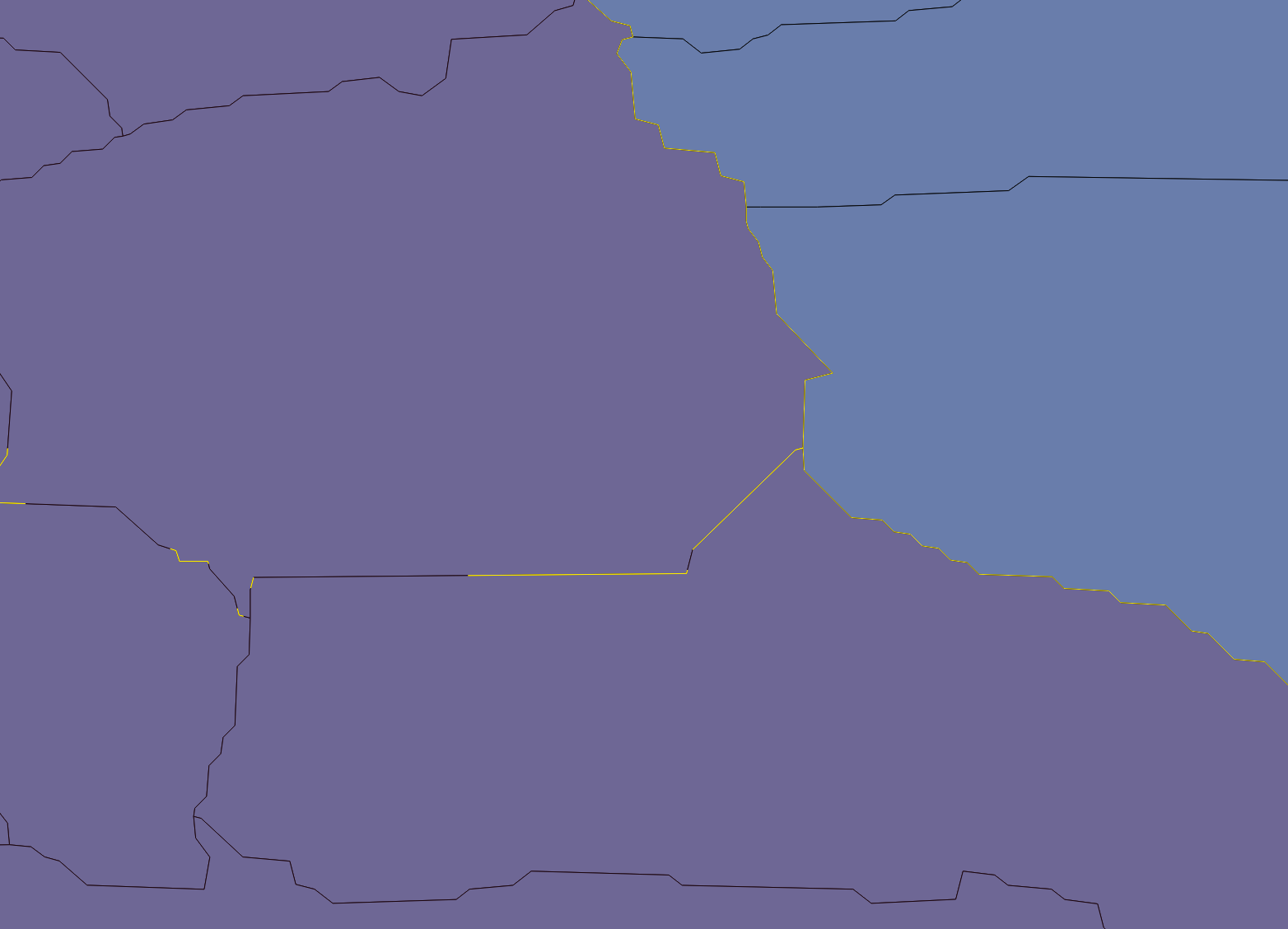 I should note that when displaying in QGIS, no matter how far I zoom in, the smaller polygons do not have gaps between them.

What I find unusual is that these tiny gaps seem to occur at roughly constant lines of latitude. The region is Arctic (i.e. high-latitudes), so I am wondering if they appear due to the WGS84 distortions at higher latitudes.

I am using geopandas to manage and select the smaller polygons, and shapely to join them together:

where "gdf" is a pandas geodataframe and "idcs" are the indices of smaller polygons I want to join together.

How can I tell if this is a shapely bug or an issue with my smaller polygons, and either way, what is the best approach to remove these? I could buffer each of the individual polygons by a very small amount before union-ing, but I would like to avoid that if possible.

This is typically a result of the the borders not fitting perfectly one next to another (and this is very easy to get with floating point coordinates).

As an example, I use the world dataset available in geopandas, and take the unary union of the Africa continent:

You can see on the following plot that also this union is not perfect: 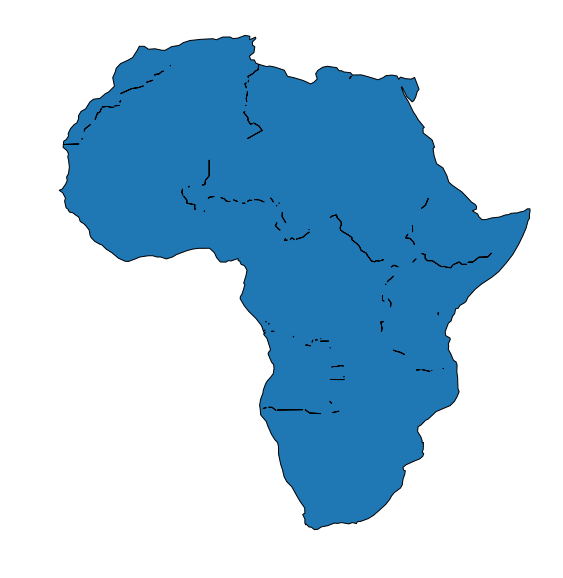 This is a typical problem to encounter when doing unary unions, so now how to solve this:

Which of the methods works best for you, probably depends on the actual case.