I have a large vector shapefile dataset containing polygons, many of which overlap.

Is there a straightforward way of doing this in QGIS?

The data originally contained lots of invalid polygons so I started by cleaning it using 'LWGEOM Make Valid' plugin, then used the 'Saga Self-intersect' tool to create the 'C' polygons, The 'C' polygons have no attributes.

I thought a nearest neighbour solution would work, merging or dissolving the 'C' polygons with their nearest 'AB' polygon.

I'm in the process of running the 'QGIS NN Join plugin' using 'AB' as input layer and 'C' as join layer. So far this has been running for 2 hours and has hit 2% which would consume a lot of time for 11 datasets.

I would prefer a solution in QGIS but could also access ArcGIS or try in R if necessary.

The SAGA Polygon self-intersection would have created new ID field to store the combination of overlapped polygons. Please keep it when you export it as Polygon C. 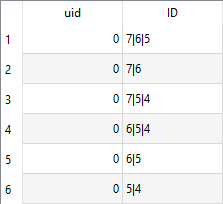 With a bit of editing, this can be used as id field to put together with Polygon A (or Polygon B).

For instance, if we want to use second number from ID, expression like: 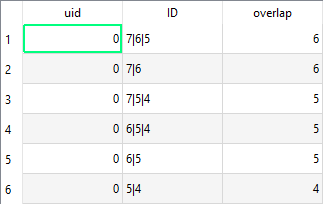 After merging them, Collect geometries (QGIS 3.0) or Singleparts to multipart using this field (overlap in the above example) as Unique ID will do the job.

Not the answer you're looking for? Browse other questions tagged qgis polygon merge overlapping-features nearest-neighbor or ask your own question.