Can I change the shape of the shield on a point symbol from square to circle as shown in the image?

Alternatively, can I import symbols (specifically in a vector format) from Corel Draw?

It can't be in an image format. 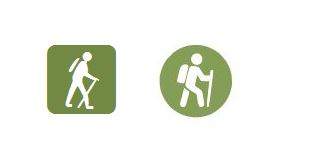 The export to EMF from Corel solution is fantastic, but I can't change colours once used as a symbol in ArcMap (See image below). 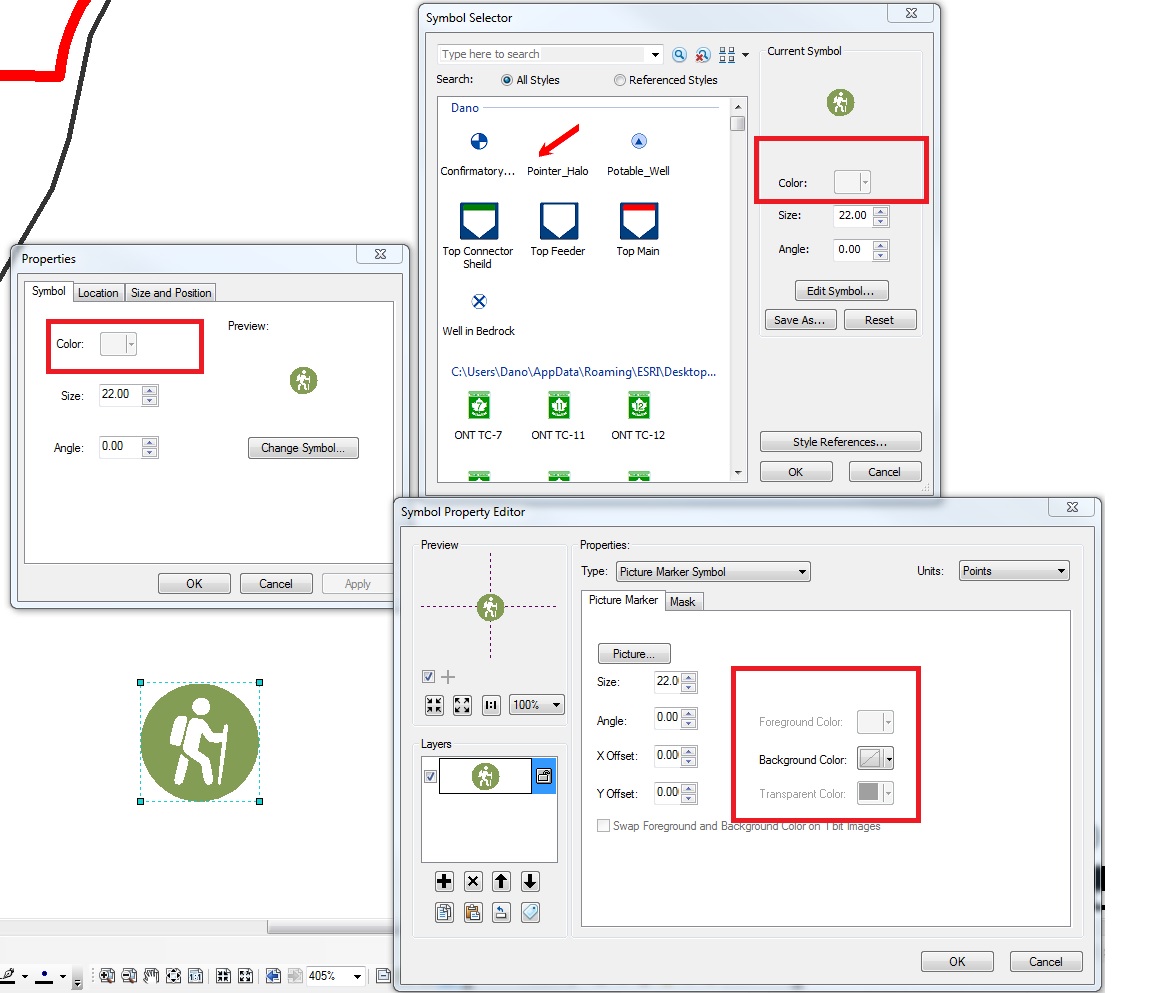 How can I add it? 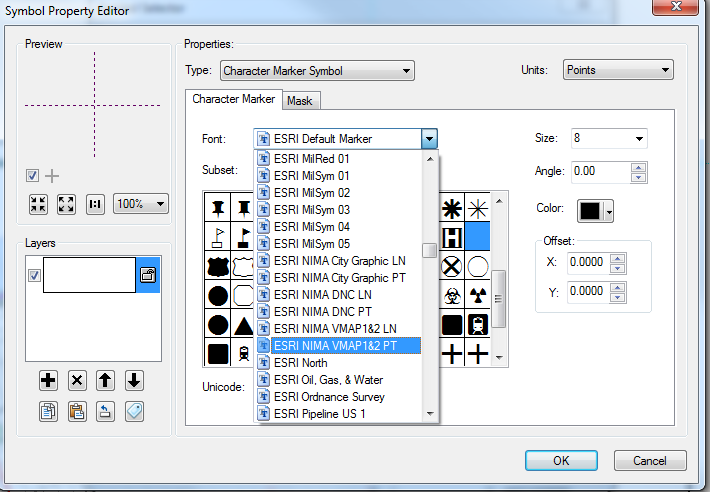 To add to the other great answer 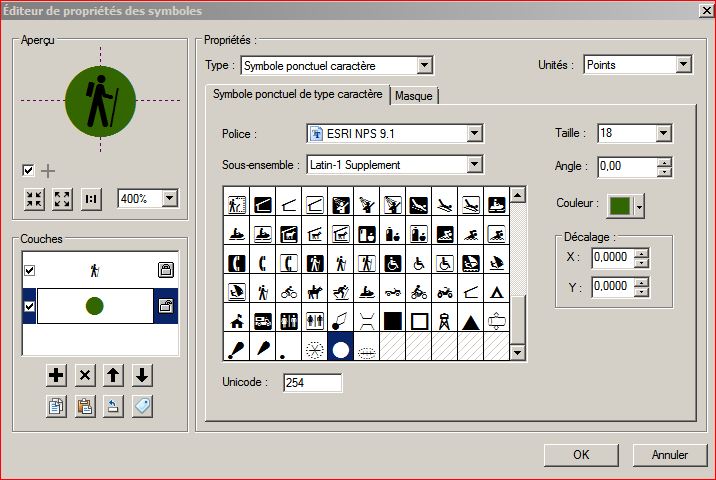 This is the way to do it with font symbol (in this case I find a hiker symbol in the ''ESRI NPS 9.1'' font)

notice the lock symbol next to the layer (bottom left white box), the hiker symbol is locked so it will stay black, the circle symbol under is left unlock so you will be able to change the color

HERE is a link of the process: https://www.linkedin.com/pulse/creating-custom-symbols-arcgis-using-corel-draw-some-other-hoglund/

then here is the documentation on using custom marker symbols in Arcmap http://desktop.arcgis.com/en/arcmap/10.3/map/styles-and-symbols/about-creating-new-symbols.htm

be sure to export as emf filetype

Choose symbology of your layer and by hitting the preview point, you can open the Symbol Property Editor. At the Type drop-down menu you can choose Picture Marker Symbol. There you can import vector files, I guess. I hope, this helps.

My answer is based on ArcMap, not ArcGIS Pro.

The first option of simply changing a symbol background depends on the specific symbol. Open the symbol editor (double click on the symbol in table of contents, the click "Edit Symbol" in the resulting Symbol Selector dialog, it should open the Symbol Property Editor dialog). What you are looking for is basically if the symbol you are trying to modify is one layer or multiple layers. In your above example, it may be that there is a layer that is just the hiker icon, with it's color set to white. And then there may be a second layer below it that is the background circle or square in green. If that is the case, then you can simply select the background shield layer from the layers selector box (near the bottom left corner of the "Symbol Property Editor" dialog box) and modify it to be the desired background. You may need to play with the options for the background to find the specific one you want, but if you search around even just the default character symbol options provided by ESRI out of the box with ArcMap, you will most likely be able to find one that meets your needs.

Even if the symbol is not multiple layers and noted above, you could still always add a second layer to the symbol, moving that below the current symbol and setting it to the exact same color as the existing symbol. So if you currently had a green hiker in a circle, you could add a larger square of the exact same green below the current symbol layer (and make sure there isn't an outline around the circle), and visually it should end up appearing to be a hiker in a square (even if it is actually a hiker in a circle on-top of a square).

Finally, while I do not deal with vector drawings of the type you are suggesting for a custom symbol, so I can not test such, the custom picture symbol option does include *.emf format as an option, which suggests to me that it should, at least in theory, be able to handle a custom vector symbol, if you have the capability of outputing your drawing as a *.emf file. To use that, you would again go to edit the symbol's properties, and in the "Symbol Prpoerty Editor" dialog box, near the top, there is a "Type:" drop down, that should let you choose "Picture Symbol Marker" as an option. From there you should be able to be able to navigate to a *.emf file and select it to use. Again though, I don't work with that personally though, so I would definitely test it out to make sure it works as you desire/expect before spending a lot of time creating custom symbols for it.

Not the answer you're looking for? Browse other questions tagged arcgis-desktop vector or ask your own question.

3
MapServer Symbol with Two Colours
9
ArcGIS 10 - Text background not showing up when exporting
3
Custom Symbols are too small in KMZ File from ArcMap
3
ArcMap point symbol/marker size, How it works?
2
Setting anchor/pivot point to layer features (point and text) by which symbol or text will rotate in ArcMap?
1
Exporting 16bit tiff sattelite imagery with the stretch/colour-balance applied by Arcmap?