Spatial joins with no common fields?

I have shapefiles pertaining to NYC traffic density as well as NYC trucking routes, and what I'd like to do is join the attribute data from the trucking route file into the traffic file. 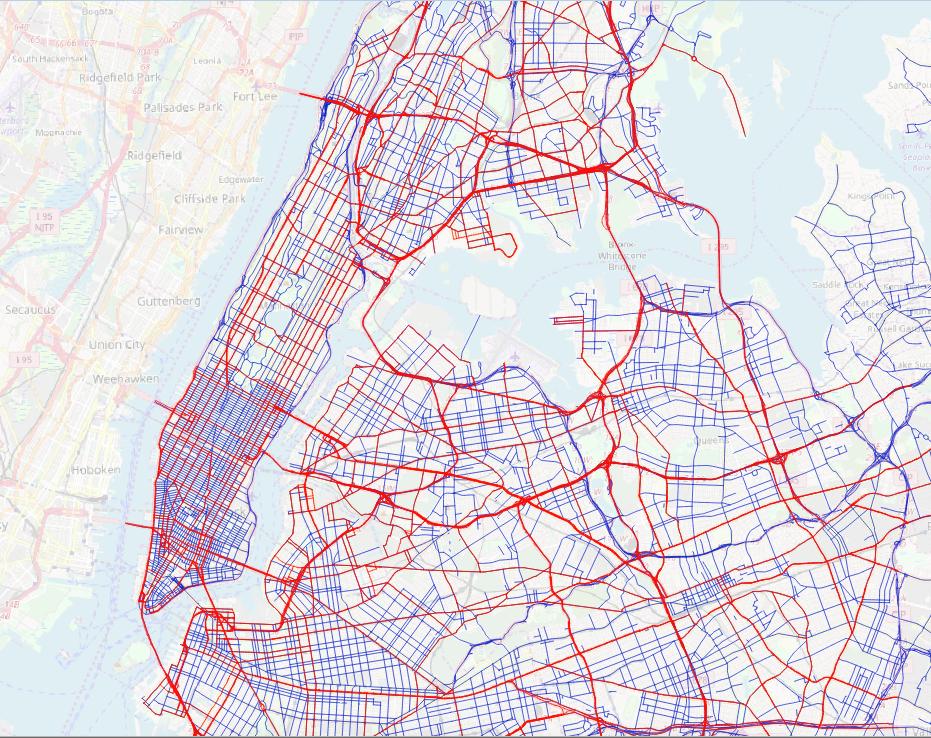 What I want to do: I want to get that TruckRoute column into the attribute table for my traffic data shapefile, so that when I eventually cross-reference this with another data source I can have traffic data and truck route data for any given point. I realize that for the non-overlapping street that column won't port over, but I can address that in R later on.

What I've tried: I tried just doing a standard spatial join (Vector -> DM tools -> Join attributes by location) but if it works at all, I only end up with null values in the TruckRoute column of the traffic attribute table, regardless of the settings I use. I tried manually creating the TruckRoute column in the traffic attribute table so that they would have that variable in common, but no dice.

I've also tried creating a small buffer around the traffic line layer so that the truck line layer would be well within it. Same result.

I've tried converting the layers to points and polygons, and doing a spatial join with every combination. No luck.

I think I found the solution. I had to convert my traffic line vectors into point vectors, then use MMGIS to create a buffer around each point. I then joined attributes by location, using intercept as the geometric predicate.

This seems to result in traffic points that contain the truck attributes from the underlying truck line vector.

Not the answer you're looking for? Browse other questions tagged qgis spatial-join qgis-3 or ask your own question.

6
Can Spatial Joins be used to perform One-to-Many Closest joins?
3
How to implement 1:n joins with string attribute concatenation?
1
Spatial join point data to polygon shapefile and count a variable
10
One-to-many joins on a feature class to a table
0
Join dataframe with spatial object and get its spatial boundaries - R
1
spatial join with the same merge rules for multiple fields in a single feature class