Some common problems with displaying routes created from street data, such as bus routes, include:

What are some techniques for dealing with these issues in order to create a practical and usable route map, such as this Manhattan bus routes map? Do you know of any such public transport maps that were produced by automatic techniques rather than manual illustration/digitization?

Specifically I am using ArcGIS 10, but solutions involving other software are welcome as well.

One technique I have had some success with for dealing with 1) is using ArcMap's cartographic line symbols with a negative offset -- assuming the lines are oriented in the direction of travel, this will offset the lines such that the right and left-hand sides are distinct and oriented as you would expect (at least for right-hand traffic countries, for left-hand traffic countries one would use a positive offset). However the result tends to be a bit wonky around turns, interchanges and and U-turns, and is inflexible when dealing with multiple routes.

Another possibility that I am not very familiar with but which seems promising is cartographic representations -- however, I have not had much luck in finding examples of using representations for transportation maps and whether it might fit the bill.

I don't think I would recommend this at the start (more as a last resort for simplicity), but I have seen many subway maps actually manipulate the lines to be more orderly. Here is an example from the visual.ly blog depicting U.S. highways. I am pretty sure there are many more floating around though. 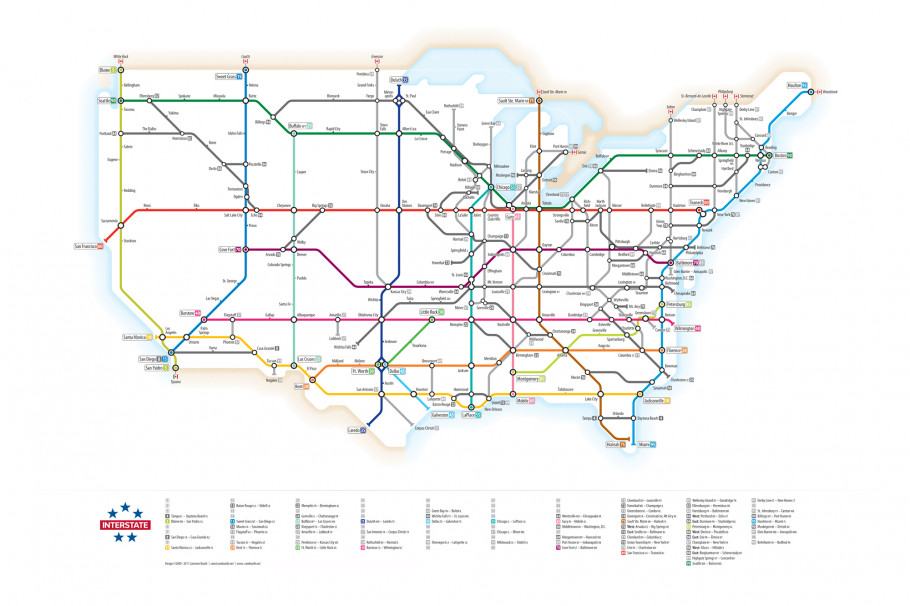 This mainly addresses your point #3, but it helps to partially solve the other problems as well. When the lines are less tortuous it is easier to develop symbology to distinguish between the lines and over-plotting is easier to solve by off-setting symbols.

In terms of time to make they look like alot of work though. Also it is painful to suggest distorting geography to make a nice looking map, but there are some nice examples floating around. I will try to find some more examples and post them back here.

Here are a few resources I've found about automatically generating maps for transit and other data: 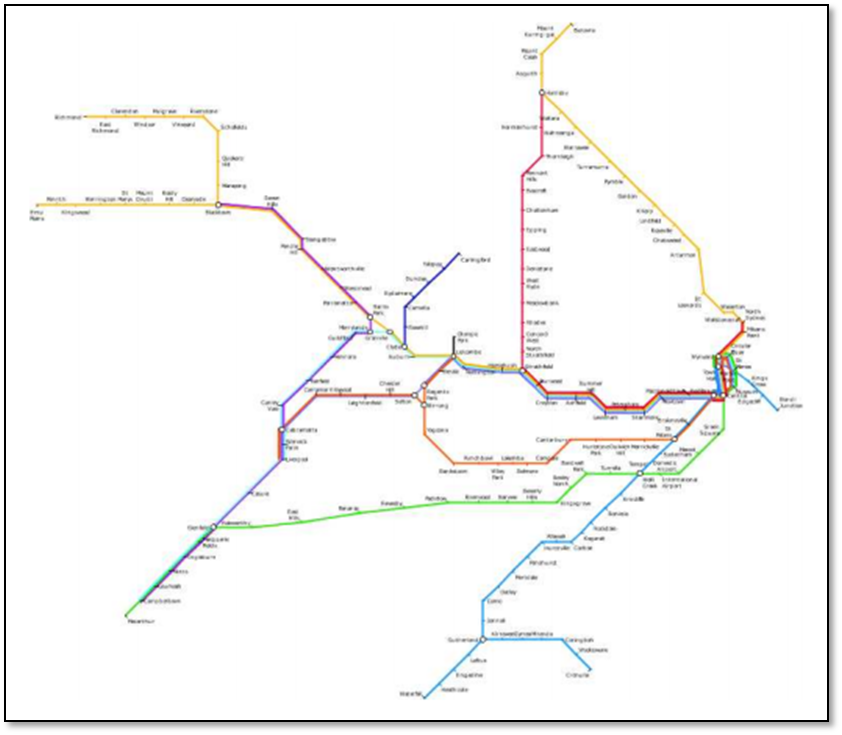 Not the answer you're looking for? Browse other questions tagged arcgis-desktop arcgis-10.0 cartography routing overlapping-features or ask your own question.