Combine multiple rows in attribute table into one 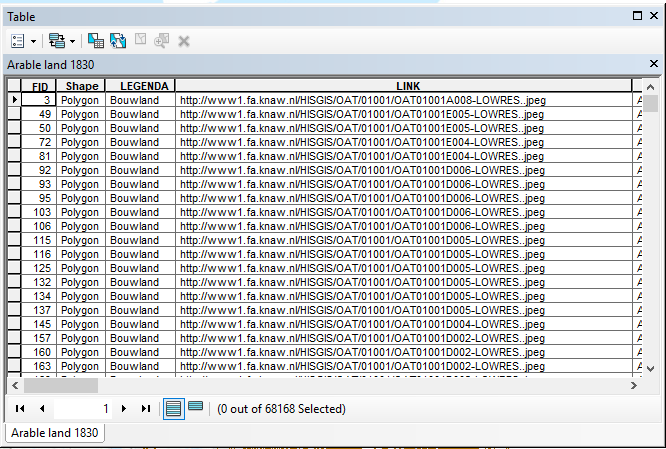 I'm running into problems while trying to edit some data.

I'm trying to merge a number of land-use categories into less categories. So for example I have 5 types of "forest" which I want to merge into just one attribute.

After I have my desired categories, I want to use another layer with the same categories to compare the difference over time.

Yet I can't figure out how to effectively combine the categories. Selecting by attribute and creating a new layer with that selection works, but it leaves me with a number of layers which still have different categories for the attributes when I only want one. For example, the layer "Forest" still has the separate polygons for different kinds of forests in the attribute table. I just want one big polygon for each category.

The image is an example of one of the layers, which is just arable land. I want to combine all of the polygons into one big one.

I also tried dissolving the separate layers I created by selecting by attribute, but on some layers it gives me the error:

Use the dissolve tool on your "Type" category. This will dissolve all polygons with like attributes into larger polygons

So since I couldn't figure out how to combine the rows by within the attribute table itself, I did it the long way around.

I selected the categories I wanted with "Select by attribute" and created a new layer from the selection. After that I had to repair the geometry but was then able to dissolve the new layer and ended up with one large polygon.

Repeated that step a few times and then merged the resulting layers together. This gave me the result I wanted.

You seem to have a solution, but I thought I would add two more.

So the first method.

The second method is similar to the first, except you use the "merge tool" in the editor toolbar.

Both of these methods will give you one layer, with an attribute table of the re-classified categories.

Not the answer you're looking for? Browse other questions tagged arcgis-desktop arcgis-10.3 merge fields-attributes dissolve or ask your own question.

4
Changing symbology of selected features only using ArcMap?
3
Land Use layer by combining, removing attributes and assigning new attributes
2
How to merge single polygons to multi part polygons by maximum distances?
1
Combining rows in an attribute table based on field
2
Merging two separate shapefiles into one shapefile
1
Merging multiple attributes of a raster into a single attribute using R?
2
How to combine two rasters into one layer?
1
Merge many objects with equal position while sum up their attribute values in QGIS
0
Concatenate multiple rows into one where the NULL values are without losing the other information?